It’s no surprise the internet is aflutter with phrases like: “Marvel’s most daring film yet.” “This is the superhero film you’ve been waiting for.” And let’s not forget the classic: “You’ll pay for the entire seat, but you’ll only use the edge of it.” Without question, “Black Panther” will leap…and then rage…and then reign supreme.

Marvel has done a systematic and sublime job of making every new film—whether it’s a sequel or not—seem fresh and, many times, socially relevant. “Black Panther,” though, has taken off like a firestorm, sweeping across social media, turning into an event, not unlike what “Wonder Woman” did last summer when it smashed through the glass ceiling and became a cultural phenomenon.

So, the question that seems to be on everyone’s mind is whether or not Marvel’s latest will pounce on Fox’s “Deadpool,” and top the R-rated vigilante’s #1 opening over President’s Day weekend—$152M over the 4-day stretch.

That number almost seems like a foregone conclusion, with even the most conservative tracking services placing that number at $150M+, with some being very bullish at $200M+.  No doubt this panther is ready to light up multiplexes.

Forget black power…this is bigger and stronger than that. This is pure power of the punched-up pop culture variety, unshackled by race or creed, existing as a big-budget blockbuster first and foremost, featuring very talented actors and actresses, and a score and soundtrack that is distinct and memorable, all stitched together by a top-tier director.

And yes, now that you mention it, they are mostly African American, if you want to run with that perspective. It’s your right to tout that if that’s your angle. But, if you get a bunch of talented folks together, no matter what color the skin, chances are you’ll make something great. Equality and justice for all. That is all. That is everything.

The fact that most of the people featured are African Americans is significant, don’t get me wrong, and frankly long overdue in Hollywood, but when you think about it, the film arrives at just the right time in our cultural crossroads. It has the ability to stand on its own as a Marvel entity and stand on its own as a film that will be seen down the road as one that permanently faded out the color barrier of blockbuster filmmaking.

Tyler Perry, and Spike Lee before that, and to some extent Ice Cube with his “Friday” films, have nearly single-handedly carried the plight of African American lives on screen for some time. Perry, of course, being the most prolific, routinely making films outside the system with Lionsgate, that cater to a very niche, specific demographic.

That said, Perry’s films haven’t played much more outside of that, as none of his films, despite being extremely consistent, have averaged much more than $50M and have had virtually zero distribution outside the United States.

Despite great comic geniuses like Richard Pryor, Eddie Murphy, and now Kevin Hart, and huge stars like Denzel Washington and Will Smith, films like “Coming to America,” “Boomerang,” and more recently “Girl’s Trip” and “Straight Outta Compton” are sadly far and few between, despite being wildly popular. I mean, is there anything funnier than “Coming to America?” Still to this day? If it was made now, not only would there be five sequels, but a Netflix spinoff, to boot.

No longer should high-profile studio-financed films featuring predominantly African American casts be relegated to films firmly woven into the past like “The Color Purple,” “Malcolm X,” “12 Years A Slave,” “Selma,” or “Detroit.” Hopefully ,the Hollywood system has learned and filmmaking can move forward with more diverse casts and creators,reward talent across the rainbow, and keep discrimination behind bars where it belongs.

“Black Panther” is significant because it looks beyond the atrocities of the past and moves the African American film experience firmly into the present day, standing as equals alongside comic book adaptations’ finest—“Thor,” an alien from another world, “The Hulk,” who is mean and green-skinned, “Wonder Woman,” an Amazonian woman who does wonderful things with her mind and her fists, and “Vision,” a robot who is treated like a human.

The common thread? All of these outsiders are considered friends of society and accepted now more than ever before. Is there still work to do? You bet. Is this a great moment in time? Hell ya it is. Every person should have someone to look up to on screen, someone that looks like him or her, especially in the Marvel universe that has already been inclusive to aliens, robots, raccoons, and giant green musclemen for some time now.

That mirror to society instills confidence.  You imagine yourself in their shoes within the safe confines of a darkened theater—and it’s a feeling that you take with you as you return to the sometimes harsh light of the normal world. That’s empowerment—straight, no chaser.

“Black Panther” isn’t a sidekick, he isn’t a violent vampire with very little to say like “Blade,” he isn’t a homeless drunk like “Hancock”—this is a king among men, fueled by a sense of history, yet willing to look forward and work together for the sake of humanity as a whole. That’s a story worth telling right now, isn’t it?

No longer will the archaic roadblock argument of “international audiences won’t see films featuring African Americans” exist. “Black Panther” stomps out that myth once and for all, and ultimately, what tent pole franchises like “The Fast & The Furious” and the latest “Star Wars” films accomplished, with their ethnically diverse casting choices, will not go unnoticed.  Both those major franchises have given more screen time to minorities than ever before, and are helping in finally painting a picture of inclusion in our multiplexes that, at the very least, is progress.

And while the strength of “Black Panther” at the box office will likely stir echoes across the Twitter-verse, unifying it with the social revolutionary organization of the same name (Stan Lee and Jack Kirby’s Black Panther creation actually predates the Black Panthers by a few months back in 1966, but who knows, maybe Stan the Man heard whispers) what should come to light is that the dark shadow of casting actors and actresses of race or color, and any argument against it, can finally be lifted once and for all.

First and foremost “Black Panther” is significant because it’s a Marvel property, a company that has been firing on all cylinders for quite some time now. That’s not meant to subdue the cultural resonance as the first titanic tent pole to feature a predominantly African American cast, but the truth is, in a marketplace where “Jumanji” is playing like gangbusters week in and week out, it is precisely the right time to launch a big-time Tinseltown showstopper.

And that’s a big part of why we’re talking about $200M. Oh, and the fact that audiences and critics are pretty much enthralled. Pixar, Marvel, Blumhouse…they covet story above all else…no wonder they’re the most successful brands in the film world right now.

It that respect, “Black Panther” is just another movie taking its rightful place next to the great pantheon of Marvel achievements. But it has to be more than that right now, as the title alone is a cultural reminder to fight the omnipresent powers that be. And while race is a key factor, ultimately, in terms of the bigger picture, it’s about inclusion for every race, creed, sex, and sexual orientation fighting for space on the silver screen.

It’s a stake in the heart of what works and what doesn’t in Hollywood, once and for all. This is a new ballgame now, one that shouldn’t discriminate in any way shape or form—with talent leading the charge no matter what color flag they’re flying.

Can you dig it? 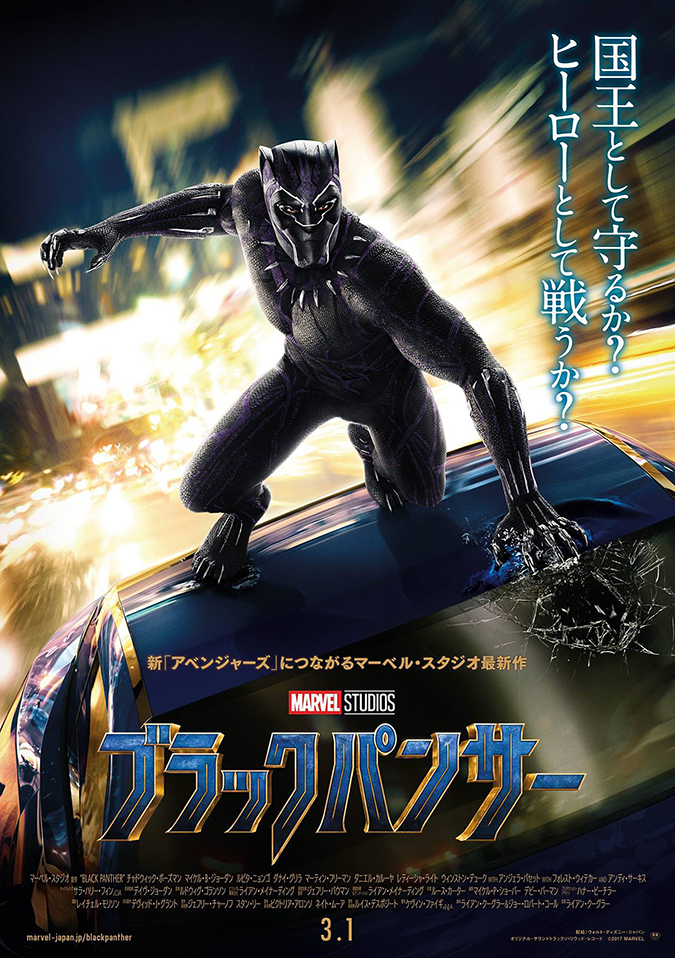