The Grinch and Lisbeth Salander; Up To Their Old Tricks

In this day and age of reboots, remakes, and reimaginings it’s getting very difficult to differentiate what’s what from what was what and when it was where. Confused? Me too.

Enter: Sony’s “The Girl in the Spider’s Web: A New Dragon Tattoo Story.” Yes, that’s the full title. The studio obviously felt the need to shed light on exactly what this is, considering they duct taped this mouthful to the film just a few weeks before its release.

To be clear, “The Girl in the Spider’s Web,” published in 2015, is the fourth book in the Millennium series created by Swedish author Larsson, although he didn’t actually write this installment, as he passed away from a heart attack back in 2004.

Remember, in 2011, Sony attempted a reboot of the “Dragon Tattoo” series, luring David Fincher into the director’s chair; however, even though it grossed $232M worldwide, it was seen as missed opportunity as they never had the momentum to finish the trilogy.  That, and Fincher doesn’t do sequels, although ironically his directorial debut was “Alien 3.”

The issue at hand has always been this: the original Swedish trilogy adroitly captured the true flavor of the yarn long before Hollywood machinations could touch it, that, and maybe more importantly, Noomi Rapace absolutely owned the role of Lisbeth Salander.

Rooney Mara took over in Fincher’s remake and scored an Oscar nod, and Claire Foy seems to be the most talked about thing in this latest iteration, so maybe the real star here is Lisbeth Salander.

That said, Rapace’s shadow hangs over them all as the true specter of Salander.  She nailed it and everything else is just walking the path she blazed. It’s like when actors try to don Superman’s cape when Christopher Reeve absolutely still owns that role.

Sony has faced an uphill battle marketing this film, so it’s no surprise they realize they’re in trouble here, despite making the right call by having Fede Alvarez (“Evil Dead,” “Don’t Breathe”) at the helm.

The saving grace is that “Spider’s Web” cost half their previous version with a price tag of $43M. In 2,700+ theaters, estimates have the film opening with a very hopeful $15M, which is okay; however, it has to stick around in theaters until Thanksgiving to make any real money. Sony, fearing the worst, has been estimating as low as $8M.

The big moneymaker this weekend will be Illumination’s reboot/remake/reimagining “Dr. Seuss’ The Grinch,” as voiced by Benedict Cumberbatch.

Universal has had massive success with anti-hero animated protagonists, as Gru and the “Despicable Me” franchise not only has them toe-to-toe with Pixar at the box office these days, but has elevated Illumination’s profile, making their films must-see family events.

“The Grinch,” directed by Yarrow Cheney (co-director of “The Secret Life of Pets”) and producer Scott Moiser (“Clerks” and just about everything else Kevin Smith has done), rolls in at a brisk 90 minutes and should be able to capitalize on the preemptive holiday craze where Disney’s “The Nutcracker” failed miserably last weekend.

The animated classic, Chuck Jones’ “How the Grinch Stole Christmas,” has been around since 1966, with Boris Karloff famously voicing the furry green curmudgeon, while 2000’s episode, directed by Ron Howard, saw Jim Carrey sack away $55M ($93M adjusted for inflation) in its debut, and $345M worldwide.

And then we have the best-reviewed film of the weekend, the R-rated “Overlord,” conceived and produced by J.J. Abrams, and directed by Aussie Julius Avery.

The horr-war genre is vastly underserved, and it’s the only “original” film in wide release this weekend, so maybe that’s why critics are loving it. However, it does look damn good and may surprise this weekend, topping early estimates which have it clocking in at less than $10M in 2,500+ fallout shelters.

Still, strange takes on horror are always a tough sell to audiences. I’ve actually heard audiences say “what the hell is that?” when watching the trailer. That said, if Paramount’s film does somehow top “The Girl in the Spider’s Web,” it would be a serious upset.

In exclusive release, Jason Reitman’s “The Front Runner” gets the jump on things in four theaters as it opened on Tuesday, Election Day. However, Reitman’s last four films have all failed to connect with audiences as “Tully,” “Men, Women and Children,” “Labor Day,” and “Young Adult” all disappointed in terms of box office receipts, and especially compared to the trifecta of “Up in the Air,” “Juno,” and “Thank You For Smoking,” which kicked off his once-stellar career.

Hugh Jackman, Vera Farmiga, and J.K. Simmons star in his latest, which Sony will no doubt attempt to expand open wide over Thanksgiving.

Usually political films need top notch reviews to stay relevant at the box office; with 67% fresh on the RT scale, that probably won’t cut it. Jackman’s performance will have to carry this load, which is no doubt why his mug is plastered front and center on the poster. And what a mug it is.

“The Grinch” Poster Courtesy of Sony Pictures, Poster Design by LA; and

“The Girl In The Spider’s Web” Poster Courtesy of Universal Pictures, Poster Design by B O N D 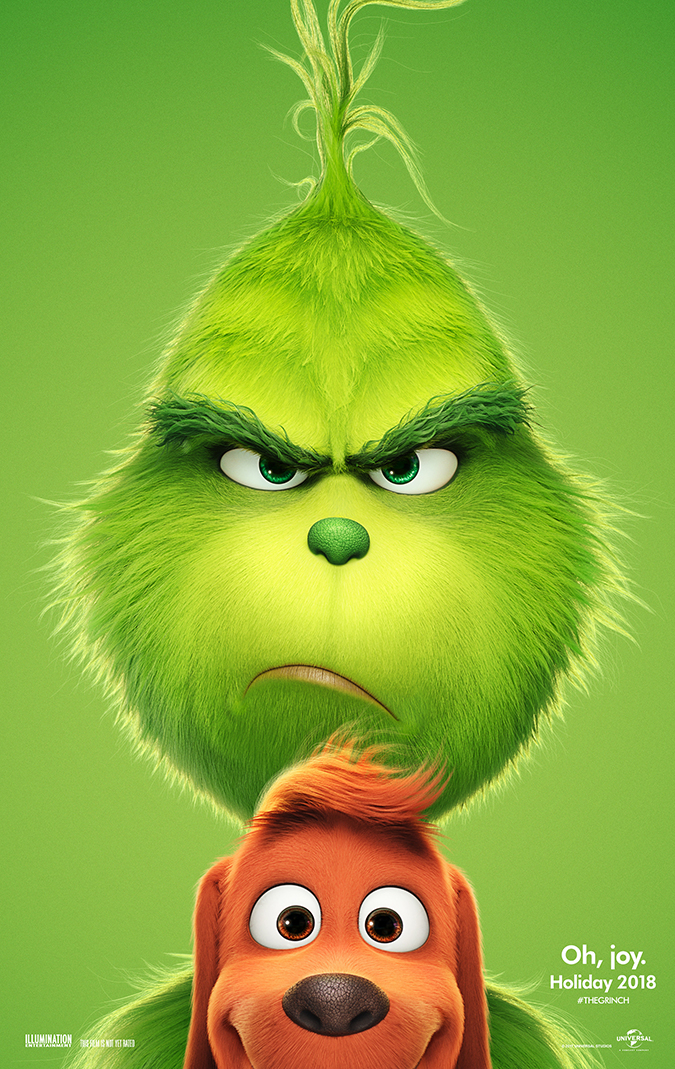 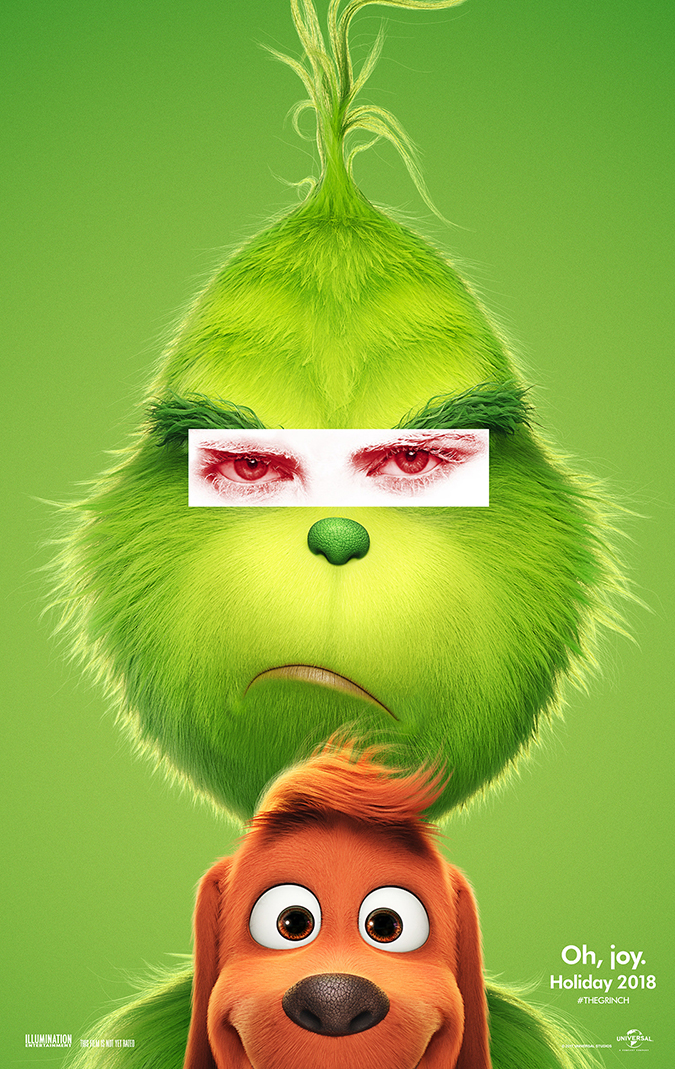