Lionsgate probably wishes their film, “Hunter Killer,” was an Expendables-type chill pill featuring Jigsaw and a legion of second tier horror icons; instead, the weekend before Halloween, they’re launching a submarine film.

Halloween is for “Halloween,” as evident by its $76M debut last weekend, second only to “Venom” in the hallowed halls of October releases, and it reasons to stand that horror icon Michael Myers and his main squeeze, Jamie Lee Curtis, will easily slay the competition again. The question really is—by how much?

Typically, horror flicks drop anywhere from 55%-65% in their second weekends—which is higher than almost every genre except maybe sci-fi—however, that isn’t very surprising considering the horror crowd terrorizes theater aisles in full force the first few days of release.

Case in point, check out these horrific 2nd weekend drops:

That said, take a gander at these bloody drippin’ great drops from sophomore sessions over the past couple years:

When a horror film hits critical mass, like Blumhouse’s “Halloween” this past weekend, and transcends the target demographic, we see debuts and holds of extraordinary measure.

Given the reviews, and obviously the timing, the 11th film in the franchise will not only have the best opening of the series but the best hold, possibly grossing another $42M this weekend—a 45% drop.

Is it any wonder that jealous little snitch, Jason Voorhees (for the record, Friday the 13th series was my first horror love) announced his return on Monday morning, citing a reboot with LeBron James’ company, SpringHill Entertainment, co-producing with Vertigo Entertainment, likely at Warner Bros?

LeBron may be a Laker, but his real job now that he’s basking in the Hollywood sun is entertaining–aka makin’ mad money–and he definitely knows a cash cow when he sees it. Heck, we may even get an updated hockey mask. I mean, c’mon, have you watched the NHL recently? Those hockey masks are out of control. Goalkeepers think it’s Halloween every night.

Kidding aside, no doubt “Friday the 13th” will be a box office success, and expect announcements soon from Freddy Krueger, Chucky, Leatherface, Leprechaun, Jigsaw, the Tall Man, and hell, maybe even Candyman will come out and play again.

Hey, remember when Universal tried to jumpstart their Dark Universe digging deep into their closet of classic monsters? That all changed when they spent untold millions securing ludicrous big-budget deals and all audiences got was Tom Cruise’s crummy “Mummy.”

They spent all of $10M on “Halloween” and it launched with $76M, and may be on its way to  upwards of $200M domestic, depending on how well it holds the rest of the month.

Pretty sure rounding up those other horror icons for a Darker Universe would be a heck of a lot of fun for audiences. Can you imagine Chucky and Michael Myers going knee to face? Smackdown City.

Also set to receive a smackdown this weekend, or at the very least a healthy slap to the face, is Universal’s “Johnny English Strikes Again.”

Strikes out is more like it, considering the last two films debuted with $9M and then—thud—$3M respectively, which is likely why Universal is dropping Rowan Atkinson’s trilogy-capper in just 500+ theaters—over 1,000 fewer than the last installment.

Yikes. Maybe it ekes out $1.5M, but no worries, it’s approaching $100M worldwide already, proving yet again that comedy doesn’t always translate across the Atlantic.

Also, in moderate wide release, is Pure Flix’s faith-based war film, “Indivisible.” This genre is always so difficult to call, especially when church groups don’t allow you into their inner sanctum and you’ve been banned from their craft fairs for buying up everything. I mean, who charges .25 cents for 100 homemade Christmas cards?!?! Forget Wal*Mart, that’s where the sweet deals are, people!

In 830 theaters, and if god is a just and righteous god, “Indivisible” may sit and soak up $2M-$3M this weekend.

Sure, “Hunter Killer” may have been better served as a video gam,e especially given the cartoony VFX I’ve seen in commercials, but then there’s the fact that I, like many people, do enjoy a good sub flick now and then. And there’s not a lot of them.

U-571? Crimson Tide? Das Boot? The Hunt For Red October? Below? K-19: The Widowmaker? Yellow Submarine? All classics. And you can’t convince me otherwise.

Funny thing is, everyone seems to want to count out Gerard Butler as a headliner, but here he is again after guiding “Den of Thieves” to a $15M opening, and a respectable $80M worldwide, while “Geostorm” grossed $221M globally. Sure, not mind-blowing numbers, but certainly worthy of more work.

In 2,600+ theaters, “Hunter Killer” will likely deliver a campy payload of around $8M.

Jonah Hill hit a sweet spot with his directorial debut last weekend, as “Mid90s” scored a massive $258k in just 4 theaters–$64k per. That’s in line with A24’s “Spring Breakers,” which, like “Mid90s,” hopes to capitalize on that buzz and expand wide the weekend after.

“Spring Breakers” hit up $4.8M in 1,200+ theaters; expect similar results for Hill’s flick, maybe a bit less considering Harmony Korine’s film had with a flashy performance by James Franco and Disney girls gone wild, but it still may find upwards of $3.5M this weekend.

What’s it about? Hill says it best on Jimmy Fallon.

Amazon’s “Suspiria” remake enters the fray in just two theaters. It’s a horror film, a psychological one, based on Italy’s maestro of horror, Dario Argento. But you have to wonder, you know, why not go wide the weekend before Halloween when people go out of their way to be scared?

So unless you’re in New York or LA, you’ll have to wait until the weekend AFTER Halloween…you know…when the holiday movie season starts and there are dozens of other choices. Even drones know that’s not how you drop a film like this.

Still, this is from director Luca Guadagnino “Call Me By Your Name” and stars Tilda Swinton and Chloe Grace Moretz. Definitely worth a look, even if it won’t be in theaters very long.

Ask Rialto–a company that specializes in re-releases–how you drop a horror film in theaters just before Halloween. They’re rolling out a 4K restoration of John Carpenter’s classic, “The Fog,” starring Jamie Lee Curtis, in 44 theaters this weekend. If you live near an Alamo Drafthouse…you’re in luck. Well played.

Looking for something a bit different? Check out Neon’s fantasy film, “Border,” which opens in seven theaters this weekend. The Swedish production took home the Un Certain Regard award at the Cannes Film Festival this year, and is Sweden’s entry for Best Foreign Film at the Academy Awards. 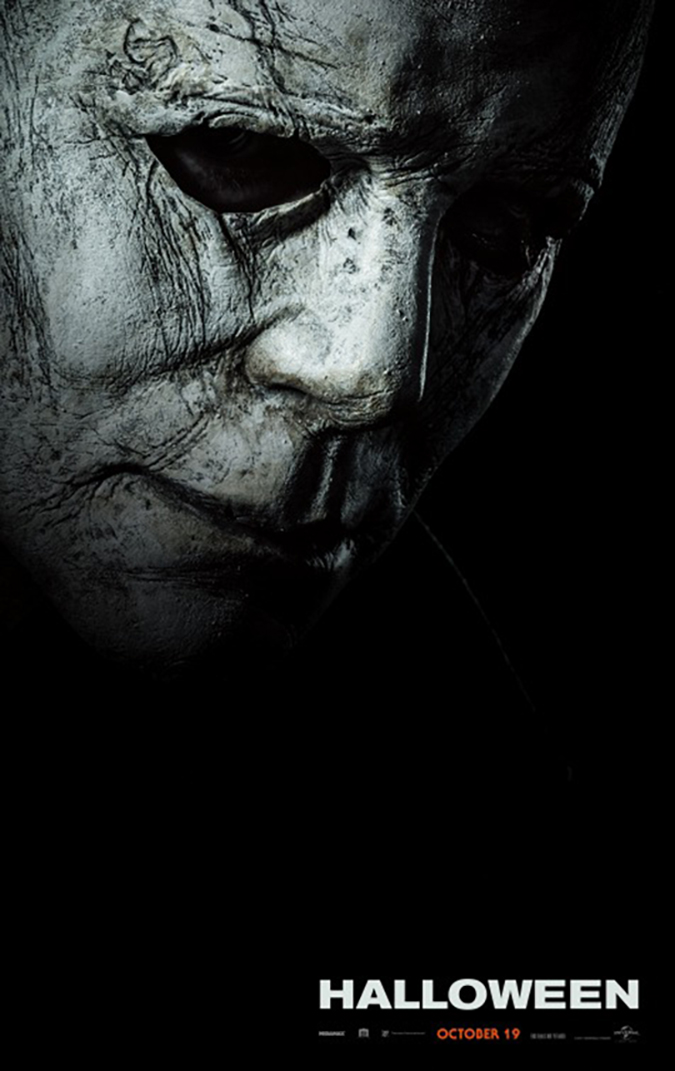 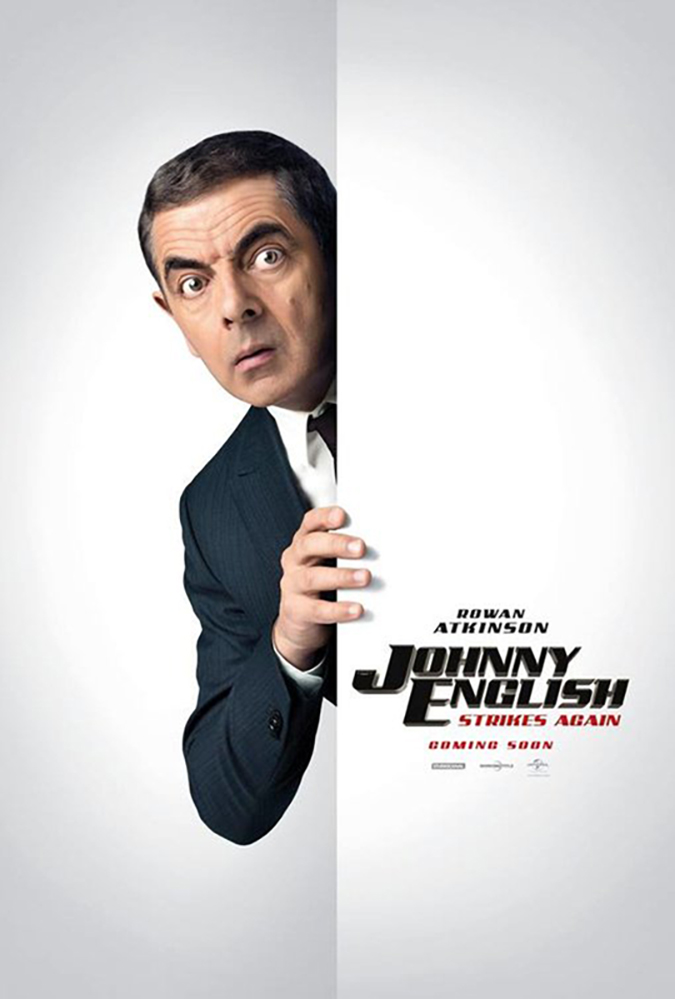 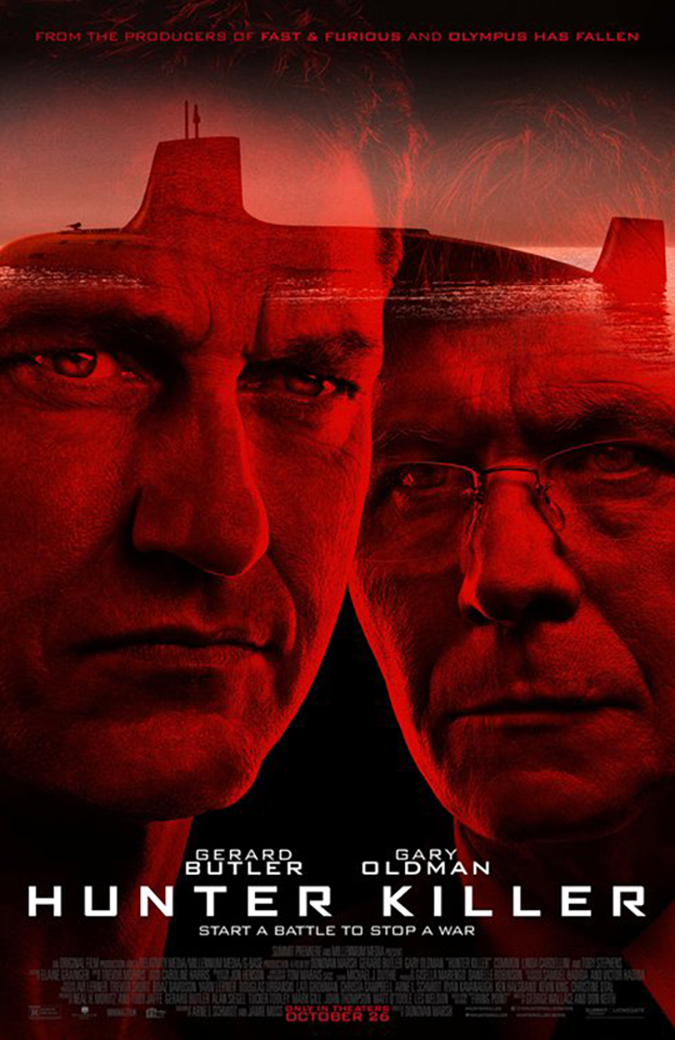