Something old, something new. That’s the overarching theme of the four new releases this weekend, as the holiday season switches back into high gear after two weeks in a pit stop.

Can’t get enough Marvel? Lucky for you, it’s a double shot this week, as Deadpool and Spider-Man mark the first Marvel team up in history as two different studios—neither of them Disney—drop films heralding the ubiquitous and mighty Marvel banner.

“Once Upon a Deadpool”—which is basically a PG-13 version of “Deadpool 2”—arrives ahead of the pack on Wednesday, and delivers the same old movie, albeit without the dirtiest parts, and in shiny new “Princess Bride” wrapping.

“Spider-Man: Into the Spider-Verse” gives us a brand new take—or multidimensional takes as the case may be—on the webslinger, as Sony’s $90M animated flick hopes to usher in a new era of animated comic book adaptations the same way Pixar completely redefined animation with the original “Toy Story.”

And then we have a loud, walking-talking time bomb of a flick, Universal’s $100M+ “Mortal Engines.” Sure, it’s brand spankin’ new, pumping out high-octane action, boasting nifty gears and dazzling thingamabobs, but expect the same box office old story…you know, the one that has seen countless, derivative YA adaptations pile up like Hunger Games casualties.

And then we have the really, really old (aka a classic): Clint Eastwood. His new film, “The Mule,” is his second film of the year after this spring’s “The 15:17 to Paris.”  The man is 88 years old and still acting and directing, while most of his constituents are sipping cocktails in South Florida, or, let’s face it, dead and buried. Has he not received his AARP card in the mail yet? What a cinematic treasure this man is.

So, which flick takes the weekend? Well, it’s pretty obvious, isn’t it? The success of “Venom” this fall—$850M+ worldwide—further illustrates just how popular the Spider-Man Universe is and how immensely important it is for Sony moving forward, competing against studios like Disney, WB, and Universal.

“Into the Spider-Verse” is all about inclusion and equality and really nails home the point that anyone can become a superhero. That earnest theme would be lost ,however, if Sony didn’t deliver the goods, and one look at the 99% fresh rating on Rotten Tomatoes will no doubt seal the deal for skeptical, prospective audiences.

Let’s not overlook how spectacular this achievement is, especially considering these are critics who have seen no less than six Spider-Man films over the last 16 years—soon to be seven over 17 with another arriving this summer. Folks, that metric is a damn Christmas miracle.

Well, not really, considering the brains behind “The Lego Movie” and “Cloudy with a Chance of Meatballs,” Phil Lord, is one of the writers  (as well as a producer with his hetero life mate Christopher Miller) on this. In fact, it’s not really a surprise at all to see pop culture pundits going gaga.

The question really isn’t how much it will open with, but what kind of legs this spider has. Even if it opens in line with its $35M projection (Sony is estimating $30M) the real key is how it holds up against “Aquaman,” “Bumblebee,” and “Mary Poppins Returns” in the weeks to come.

If families, as well as teens and college kids, make this their #1 movie, then it’ll easily surpass $100M and possibly upwards of $150M. That would be an outstanding result for Sony Animation, and certainly deliver—at the very least—another trilogy.

Oh, and change the face of comic book adaptation animation forever. No biggie.

Peter Jackson isn’t at the helm of “Mortal Engines,” despite producing and screenwriter credits; no, that honor is bestowed upon Christian Rivers, Jackson’s right-hand man, who has been storyboarding all his films since “Braindead.”

Rivers is also an accomplished visual effects artist, winning an Oscar for his work on “King Kong.” With “Mortal Engines” he makes his first foray into feature length filmmaking, and unfortunately, he may have aimed a bit too high, as reviews have been scathing, currently clocking in at a dismal 37% on Rotten Tomatoes.

Box office expectations are so low, in fact, that the PG-13, $100M opus is only rolling out in 3,000+ venues, meaning theaters themselves aren’t booking the film, as they also realize there’s not much of an audience for a big, loud rambling mess of a YA adaptation.

What’s new? We’ve all seen this too many times before as weird, wannabe blockbusters like “John Carter,” “Battleship,” “The Golden Compass,”—just to name a few—turn out to be all spectacle and no cine-magic. The only savior in sight will be international markets, which haven’t been stunning so far . Many are expecting a domestic debut of $15M-$20M, but it could debut even lower if “Into the Spider-Verse” nets a wider audience than expected.

What more can you say about the man, the myth, the legend of Eastwood? In the last 11 years, he’s directed ten films. That’s nuts. That’s ridiculous. That’s seriously kicking Death’s ass to the curb, dusting off his shirt, putting his hat back on, and getting back on that horse.

While Eastwood doesn’t always act in his films—in fact “The Mule” is the first acting/directing twofer since “Gran Torino”—he might just be the most prolific filmmaker out there today, churning out box office hits and Academy Award contenders, not to mention delivering his biggest hit of all-time with 2014’s “American Sniper.”

In 2,400+ sites, expect decent returns and long playability as “The Mule” may sneak across box office lines with $16M for starters. It may wind up with $80M domestic and a lot more overseas when all the down and dirty money is counted.

That leaves us with “Once Upon a Deadpool,” which is quite obviously a cash-grab by Fox, and a litmus test for Disney. Can they sneak a PG-13 Deadpool film past audiences? Will they bite?

This is bullshit, right? Well, not exactly. In Ryan Reynolds we trust.

With part of the proceeds going to Fuck Cancer, one can’t argue its existence.  It’s a good cause, and if Deadpool can help fuck cancer into submission, then we should all be for it.

There’s another key element in play here: China. “Deadpool 2” never got past censors, and with “Venom” racking up a monstrous $270M there, Fox would love a chance to crack the collective nuts of the Middle Kingdom’s denizens.  In other words, Fox desperately wants China to feel Deadpool’s Chimichanga. You get the idea.

Hey, I love the idea of getting Fred Savage to recreate his role from “The Princess Bride,” and having Deadpool read a bedtime story. But, if you’re gonna do that…go all the way. Make it an entire spoof movie, spoofing other movies, with Deadpool front and center in a completely new film.

This will likely be a kick in the pants, but let’s just remember that Deadpool was never meant to sell dolls at Disneyland. For fucking fuck’s sake, let’s please keep it that way. Let the Merc with the Mouth sell chimichangas at Taco Bell and Blood Stain Slurpees at 7-11. That’s his job. Let the man do his job.

Will be very interesting to see how “Deadpool” meshes with Mickey Mouse in the years to come.

In exclusive release, Annapurna Pictures launches its possible awards-slayer, “If Beale Street Could Talk” in four theaters. Expect a scintillating per theater average as this is Barry Jenkins’ first effort since his Best Picture winning film, “Moonlight.” Or did “La La Land” win that? Someone call Dick Tracy, we’ve got a mystery to solve.

I mean, 65,954,257 views?!?  In four days. Forget Ralph breaking the internet, the Avengers busted the damn thing with the debut of their latest…and perhaps greatest. We’ll see about that, but all signs point to this installment possibly eclipsing “Infinity War,” which made a ho-hum $2.047 billion worldwide. No pressure.

With all the talk about Jason Momoa and “Aquaman” one sort of feels sorry for the ex-Batman/Bruce Wayne. Welp, treat yourself to some hot cocoa, pecan pie, and this forgotten Christmas classic. Okay, maybe calling it a classic is holly jolly poppycock, but honestly, you’ve already watched all the Hallmark Christmas movies, so you might as well give this a go. Just make sure the kiddies are nestled in their beds, with visions of sugarplums and all that before viewing this. Hmm…wonder if there’s a PG-13 cut available? Deadpool…are you available? 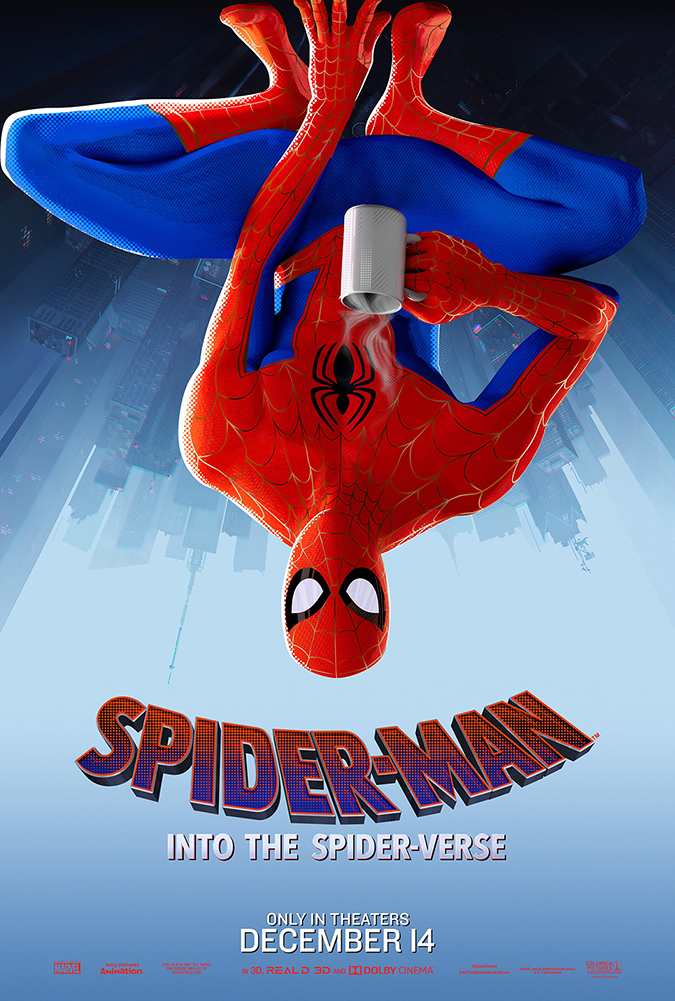