Send In The Clown

If you fight fire with fire, then why not fight Hollywood’s nightmare summer with, what else–a horror show.

Hollywood has been clowning around for the last month—31 days of August saw the box office sag, then wilt, in the hot summer sun, and Labor Day weekend didn’t help, as it turned out to be the lowest on record in 12 years.

Time to bring in the clowns. The real deal. Enter: Stephen King’s Pennywise, to be precise.

Warner’s “It” arrives in the wake of a perfect storm: Hollywood is delivering a film audiences are jacked up to see, and the industry is in the midst of a seven-week drought in which summer 2017 failed to top comparable weekend numbers from last year.

Not only is “It” expected to be the highest opener ever in September—currently “Hotel Transylvania 2’s $48M”—or October for that matter, but it will likely top “Paranormal Activity 3’s” $52M as the biggest horror debut ever—$58M if you consider “Hannibal” more than the thriller it’s labeled as.

Yes indeed, constant readers, King of Horror floats to the top of the box office throne. Couldn’t be more apropos.

Not that the horror genre needs positive reviews to succeed on opening weekend–hell, it doesn’t even need good word-of-mouth–but that said, it’s currently killing it in that department at 89% fresh on Rotten Tomatoes.

That kind of critical back-slapping, combined with the overall spine-tingling of an event apocalypse theaters haven’t experienced since “Wonder Woman” debuted, should have “It” back-stabbing the box office for all it’s worth: upwards of $80M. Some are even talking $100M. Which would be crazy.

Notably, Warner Bros. has it tracking at $60M right now, but outlets like MovieTickets.com are boasting that it’s selling multiple times more than other previous horror hits of the same ilk–“Annabelle: Creation” (8x), “The Conjuring 2” (6x) and “The Purge: Election Year” (15x). If those schematics hold up, look for a truly massive, bloody dripping bow.

“It” is arguably King’s most popular novel in terms of casual fandom, and with its impending success, it will certainly make a case to bring King’s true masterpiece, “The Stand,” to the big screen in similar fashion. Let’s just hope WB is attached and not Sony which placed just one bullet into the “The Dark Tower” chamber, and played Russian roulette. Spoiler alert: the Russians won.

Those in the know have probably already heard that “It” has always been conceived as two parts: the first, which solely focuses on the kids, and the sequel, which will feature the adult exploits. No doubt they’ll get their Part 2—“It Floats”—especially considering the budget was just $35M, a figure it’s expected to double up on opening weekend.

“It” is directed by Argentine Andres Muschietti, who made his feature debut with 2013’s super-creepy and effective “Mama.” Remember, that film succeeded by combining fantastic nightmarish visuals with top-tier acting—something “It” also pulls off—and was produced for the bargain-basement price of just $15M, grossing $146M worldwide.

He’ll no doubt top himself with his latest.

Horror: still the best deal in the business.

Unfortunately for Reese Witherspoon, she has a film opening opposite the box office beastie that is ‘It,” and her “Home Again” offers up a title, poster, and trailer that are so generic, you might think it’s a mash-up of all her previous romantic comedies. And you probably wouldn’t be half wrong.

Open Road’s chick flick is the directorial debut of Hallie Meyers-Shyer, the daughter of Nancy Meyers (“The Holiday,” “The Intern”) who is also a producer on the film. Unfortunately for Meyers-Shyer, a film like this in the current marketplace needs overwhelmingly cocksure critiques to jump-start ticket sales; however, it’s currently getting lambasted by reviewers.

In 2,900+ theaters “Home Again” may be able to capitalize on Reese’s charms to the  tune of $10M+, which would definitely be on the low-end for Reese in this genre. Luckily, it’s also on the low-end in terms of budget: $15M.

I mean, it’s not like I cried during this trailer. Nope. I don’t do that. You have to get up REALLY early in the morning to get me with that kind of sentimental propaganda. I do need Kleenex, though. Just a coincidence probably…

You know what will make Lionsgate cry? Opening this against “Justice League.” Gonna hurt a bit, but should be okay as this genre usually plays well, as it will no doubt tug on the heartstrings during the holiday season.

If you think”Wonder” is too schmaltzy to make money, just remember back in 1985 when Eric Stoltz and Cher teamed up in a similar film called “Mask,” and it grossed $42M, or the equivalent of $120M when adjusted for inflation. Can’t recommend this throwback enough.

Just try not to seek out the entire film after watching this clip. So good. 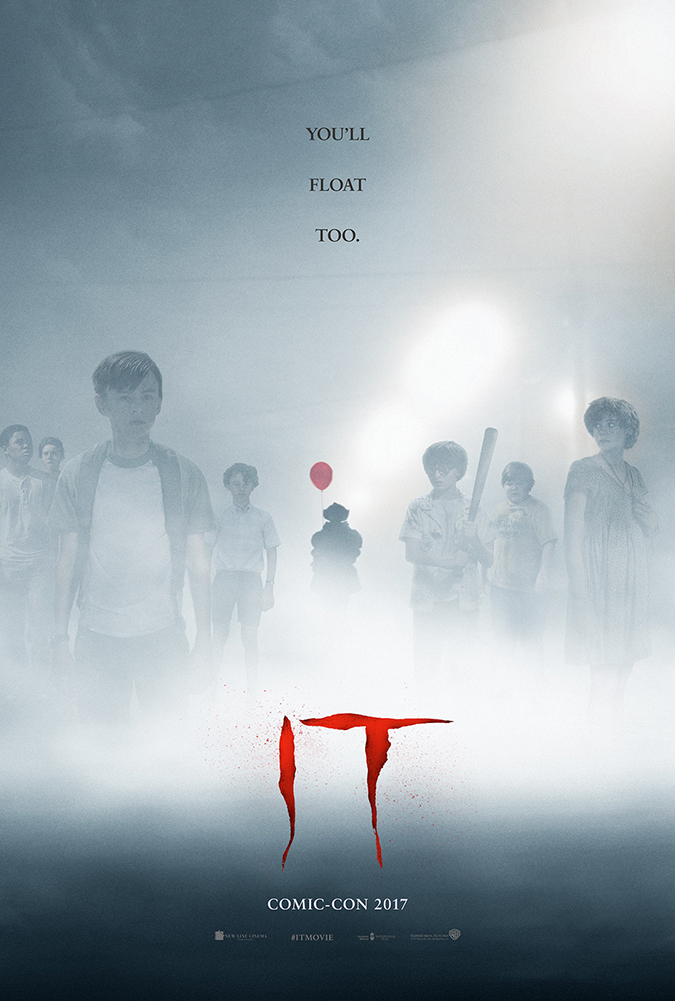