It wasn’t a banner summer for sequels, to say the least. But, like the slogan for everyone’s favorite canned potato chip says: Once you pop, you can’t stop.

Hollywood can’t stop popping out continuing sagas—I mean, they honestly can’t go a month without one—and so, just three weekends after the end of the summer season, two new sequels splash across screens.

The difference, however, is that “Kingsman: The Golden Circle,” and to a lesser degree, “The LEGO Ninjago Movie” both arrive with considerable fanfare.

Here’s the good news for those that fear sequel-itis: the very talented Matthew Vaughn returns to the director’s chair for the Kingsman sequel and ramps up the action—two things that should be vastly appealing for fans of the first flick.

“Kingman” debuted over Valentine’s weekend two years ago and provided some nice counter-programming to “Fifty Shades of Grey,” as it debuted with $36M and finished with $414M worldwide.

“The Golden Circle” lands in a soft spot in September, and sure, Fox’s flick will have to deal with the third weekend of the mega-hit, “It,” but should still tap out with a #1 debut of upwards of $45M as it launches in close to 4,000 screens.

Call it James Bond for a new generation, and if we’re calling it that, we might as well  expect another one of these every two to three years. Classy action and things that go boom: what more do you want? Reviews have been middling so far, but that didn’t stop the original either.

WB’s “Ninjago” is the second spin-off of the ultra-successful “The LEGO Movie,” but arrives with considerably less hype than February’s “The LEGO Batman Movie.” Yes, two LEGO films in one year. Who do these guys think they are, Pixar?

No, not quite at that level yet, but it is the best thing going right now at Warner Animation. “LEGO Batman” certainly was a minor let down as it didn’t match “LEGO Movie” in terms of box office; however, $175M domestic and $311M worldwide will keep you in the game for some time.

A couple of the factors that could help “Ninjago” is the fact that there hasn’t been an animated hit in theaters since “Cars 3” and “Despicable Me 3” this summer.  Families are no doubt itching to click with something, as the two late-summer releases, “Nut Job 2” and “Leap!,” didn’t quite make the grade.

The only really factor that may hurt “Ninjago” is that it’s pretty decisively aimed at boys. That particular set of LEGOS has been a hot seller for the company for a long time; however, girls are pretty far removed from the target audience.

That said, the sarcastic humor of the LEGO franchise is very specific and unique, which means teens, adults, and kids can join in the fun, and certainly know what to expect.

Plus, this is pretty much a parody of Kung Fu flicks, which could see an expanded audience seek out “Ninjago.”

In 3,900+ theaters expect around $40M, but honestly could go higher or lower by probably $10M, depending on how big “Kingsman” turns out to be. How’s that for covering my ass?

Believe it or not, there is also another film going up against the one-two punch of sequel power, the horror flick, “Friend Request.”

ESMP, the newly realized distribution company which had great success with “47 Meters Down” this summer (cost $5.5M, made $43M), returns with an R-rated chill pill aimed squarely at teens and young adults. Might just work, too, considering “It” got people psyched for scares.

Yes, with the box office failure of “mother!” last weekend, that definitely leaves the door open for “Friend Request” to make a quick buck or two. Let’s call it $9M in 2,500+ theaters, which is right on target, considering its budget was around $10M.

That’s a decent total, but certainly not worthy of a jump into 450+ theaters this weekend where it will quickly log off with audiences and likely shut down its account in a couple weeks.

As we get closer to October, the release calendar is finally being populated with some serious Oscar contenders, and dealing the first real blow is Fox Searchlight with “Battle of the Sexes,” starring Emma Stone and Steve Carell.

The PG-13 biopic of tennis great Billie Jean King and hustler Bobby Riggs should do well this weekend in 20 venues, as it courts positive word-of-mouth in hopes of slowly expanding throughout the month.

The film is co-directed by Jonathan Dayton and Valerie Faris, who cut their feature chops with “Little Miss Sunshine” and “Ruby Sparks”—two very good films.

If you like weird, and indie distribution outfit A24 certainly does, check out “Woodshock “ starring Kirsten Dunst. Drugs. Paranoia. F’ed up montages. I can’t sell it any better than that; you’re either in or you’re out.

Angelina Jolie was certainly no slouch as Laura Croft, but when you cast one of the hottest up-and-coming actresses around, Alicia Vikander, who won an Oscar for “The Danish Girl,” and place her in a role of empowerment ala “Wonder Woman,” Warner Bros.  comes off looking like geniuses. That’s no small feat for a video game adaptation. Equal parts Indiana Jones and Da Vinci Code, this one might just be the franchise the studio was looking for. 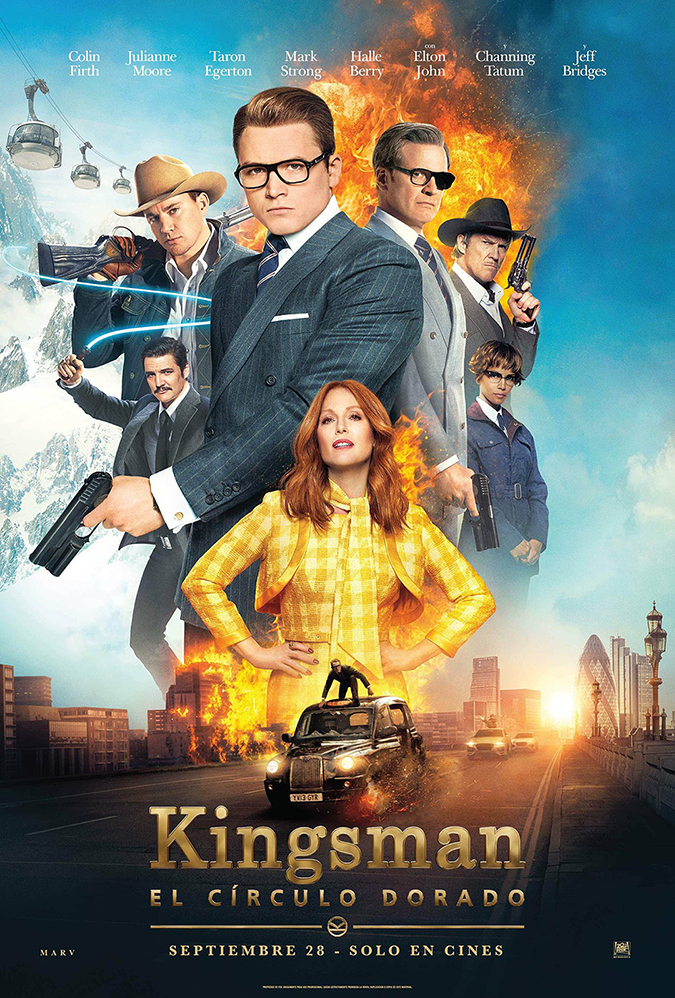