“Here We Go Again!” may be the subtitle of the “Mamma Mia” sequel, but it would also be an appropriate anthem for the state of union address in Hollywood right now, as sequels are invading multiplexes at a more accelerated rate than ever before, and in proximity to genres and people the industry probably never thought possible.

I mean, who had Meryl Streep in a sequel? Denzel Washington? Folks who have resisted the call of the mighty franchise dollar their entire careers, yet were finally caught in the vast net of the almighty continuing saga.

And let’s not forget that “Sicario” sequel. Thankfully, Sony had Taylor Sheridan, who penned the original, write the sequel, which is probably the only reason it exists at all.

You have to wonder though, if this is the success of the golden age of TV spilling over into cinemas. With everything that is mildly successful seemingly becoming an IP, and, thus, deserving of another season, or in this case, sequelizing.

Including “Mission: Impossible-Fallout” next weekend, 14 sequels will roll out in cinemas over the entire summer, which isn’t anything new to the box office landscape, but the fact that they all arrive in the first three months is notable, leaving August without a sequel safety net.

August, which now has to fend for life, liberty, and the pursuit of originality. August, which was at one time a massive dumping ground. August, which is now the fertile ground of creativity. “Christopher Robin,” “The Meg,” “A.X.L.,” “Mile 22”—Okay not exactly, but at least it’s far more interesting content in terms of variety.

How powerful is the lure of the sequel? All you really need to know is that Denzel had never, in his long and storied career, ever stepped into the Hall of Roman Numerals. Sure, many of his action flicks back in the day seemed like continuations of what came before, but no definitive sequel. Until now. Until, “The Sequelizer.” Sony really missed the boat on that title. That’s a once in a generation misfire right there.

So, is this the death of originality? Or, is it instead, a continuation of a successful business plan that has always been in play: give consumers what they want.

Domestically, eight of the top ten grossing films of 2018 are sequels, just like they were last year.  In fact, the biggest mover, shaker, and money-maker in the game, Disney, has released four sequels this summer, and not surprisingly they’ve all been big at the box office, including “Solo,” which “misfired,” grossing “just” $211M domestically.

Now, one could argue that the sequels of 2018 are at least better than the cream of the crap last year, which saw  “Transformers: The Last Knight,” “Pirates of the Caribbean: Dead Men Tell No Tales,” “Cars 3,” and “Alien: Covenant”—to name just a few—operate on the fumes of their predecessors, instead of offering up any new story telling devices.

Hollywood has delivered better sequels on the whole, but you have to wonder how long this can last, or if it’s just an aberration. Can this furious pace of Part IIs truly keep feeding the multiplex masses? I suppose as long as mediocre films like “Jurassic World: Fallen Kingdom” keep making $1B worldwide, Hollywood will keep cloning films.

Hopefully, audiences will get a few more spectacular superhero sequels and animated ones, which will be sprinkled in with mindless popcorn entertainment that hopes to cash in on fast-track IP. And, maybe that’s okay, provided we get a “Deadpool 2” and an “Avengers: Infinity War” more often than not.

Consider this though: twenty years ago most summer release calendars saw, on average, seven to eight sequels (a third of them cheap-o horror flicks). Flash forward to the present: the industry has doubled up on that number. And whereas sequels were once mostly contained to the summer session, they now run rampant across the entire release calendar.

So to those of you who love a good sequel, salute. The game isn’t changing anytime soon. Let’s just hope Hollywood builds on this year and continues to make them bigger, better and stronger…just not faster.

I’m going to be blunt here; I had no choice in whether or not I liked ABBA, since my parents played it constantly in my formative years. That goes for Neil Diamond, as well.

So when the original “Mamma Mia” unspooled ten years ago, as much as I thought I could resist its sun-soaked charm, I surrendered immediately after the opening number and now consider it must-see summer entertainment much like “Grease,” “Stand By Me,” and, of course, “Waterworld.”  Plus, I mean, it’s just a fun time, like karaoke, with really, really good actors—far better than an ABBA musical, and a greatest hit sequel, deserves, in fact.

Universal struck gold, and then platinum, with “Mamma Mia,” as it debuted with $27M but, like “The Greatest Showman,” had gams to die for, eventually belting out $144M domestic and a staggering $609M worldwide; all this on a $52M budget. Universal simply couldn’t afford not to make a sequel. To quote the Swedish sensations: “Money, money, money…ain’t it funny…in a rich man’s world. “

We’ve seen reboots, remakes, but “Here We Go Again!” might be the first true remix ever released in theaters. Could it possibly deliver more box office than the first? Well, I suppose that depends how big it opens in China, as the original didn’t even surface there. However, in other Asian territories like Japan and Korea, it was a massive crowd-pleaser, earning $27M and $25M respectively.

In 3,200+ theaters, expect lots of dancing in the aisles from many different demographics, plus, big group outings for this showstopper–$35M.

Speaking of coming out hot, Denzel’s “The Equalizer” shot out to $34M four years ago in late September, finishing with $101M domestic and $192M globally. With a budget of $55M, that certainly qualifies as a success in Denzel-land, but I’m still a little surprised he chose “Equalizer” to pop his sequel cherry after holding out for so long.

Antoine Fuqua returns to the helm and should see this approach $30M in 3,000+ theaters this weekend. Nobody kicks ass old-school style like Denzel. Nobody.

And then we have “Unfriended: Dark Web.” You would be forgiven if you don’t have any memory of this film from three years ago, which was released by Universal through Blumhouse. Jason Blum’s track record speaks for itself though, and “Unfriended” was no exception, grossing $64M worldwide on a budget of just $1M.

And that’s why you make horror sequels, people. Blumhouse’s own genre label, BH Tilt, handles the distro this time around. Should see around $7M (less than half the debut of the original) in 1,500+ venues. Word on the street is that there are a couple different endings, randomly placed in theaters. So at least it has that going for it.

In limited release, Lionsgate drops their hugely popular Sundance title, “Blindspotting,” an inner-city dramedy from the heart of the Oakland area, featuring breakout performances from writer/stars Daveed Diggs and Rafael Casal.  Reviews have been outstanding.

Expanding into 33 sites this weekend is Bo Burnham’s “Eighth Grade,” the coming-of-age drama which lit up arthouses last weekend with $65k per theater–the best PTA of 2018 so far. Get school’d!

Cosplayers unite! If spandex scares you, stay far, far away from the San Diego area this weekend as fanboys and fangirls descend upon the greatest display of geekdom the world has ever seen…well…since last year. 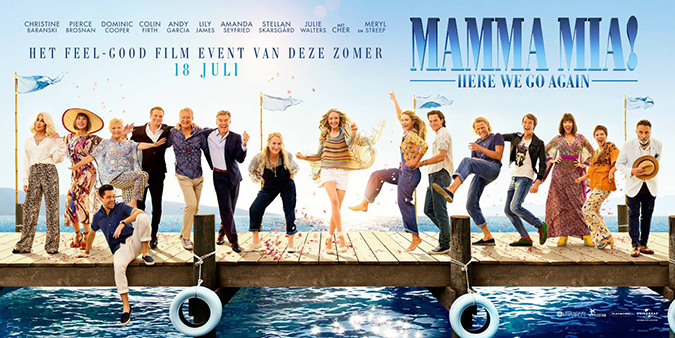