Just over a year ago, “Wonder Woman” exploded onto the scene, giving females their first real superhero success story at the box office.

Not only did WB’s comic book saga go on to become the highest grossing domestic film of the summer, it even ended up grossing more than “Justice League” domestically and worldwide, when it rolled out six months later.

The firestorm of “Wonder Woman” was not only a sign of quality filmmaking—directing, casting, writing, editing, acting—but signified something much deeper: a movement that saw women rise up and take center stage in a genre that has become the largest grossing series of films Hollywood has ever seen.

And then, this spring, Marvel’s “Black Panther” trumped that, lighting a fuse and igniting a rally cry that has continued far beyond multiplexes: inclusion for all.

Warner Bros. is taking that momentum, and releasing “Ocean’s 8” this weekend, and while not overtly calling this a feminist movement—like many media types were all-too-quick to point out with the ill-conceived, all-female “Ghostbuster” reboot—the fourth film in the “Ocean’s” franchise is more of an expanded universe sequel featuring fresh faces.

The difference here, and why “Ocean’s 8” will be a success versus what happened with Sony’s “Ghostbusters,” is that WB isn’t trying to reboot an iconic franchise.

Fandom is a tricky thing—if you upset the hardcore fanbase, in this day and age, they can be extremely vocal and, in turn, very influential, as they have the power to turn the social media tide against your film.

And let’s be honest, Bill Murray and company captured lightning in a bottle with the original…and even the same team couldn’t set the trap again as their sequel fizzled, too.

The “Ocean” franchise doesn’t sell action figures, video games, or have ardent fans that will shred your film to pieces because it doesn’t adhere to a similar set of guidelines established long ago. Plus, it cost just $70M compared to the $150M spent on “Ghostbusters: Answer the Call.”

The boys had their turn with Soderbergh’s trilogy, which grossed over a billion worldwide. Yes, you read that correctly—$1.1B to be exact. That ain’t no chump change and with that kind of bank talking, I’m sure the pitch for “Ocean’s 8” was short and sweet.

Need another reason why it will be #1 at the box office this weekend? That cast. Sugar and spice and everything nice. Sandra Bullock, Cate Blanchett, Anne Hathaway, Mindy Kaling, Sarah Paulson, Helena Bonham Carter, and Rihanna? That’s a party just about everyone would like to crash. And for the low, low price of $9.16—on average—you can.

Not only is Bullock leading the charge—the Oscar-winning actress who has seen the biggest hits in her career in the past decade with “The Blind Side,” “Heat,” and “Gravity”—she has at her side some of the most recognizable and diverse stars today.

In 4,000+ theaters—that’s 500 more than any previous “Ocean” film has received—the ladies will try to score $35M this weekend, possibly more if they can cash in on the box office lull we’ve experienced the last two weeks.

Not only do we have a highly anticipated chick flick this weekend, but possibly the most talked about chill pill of the summer season: A24’s “Hereditary”

The Sundance sensation is scaring the bejesus out of early attendees and will likely be the indie outfit’s biggest opening weekend of all-time.

To do that, “Hereditary” will only need to clear $8M this weekend, which is what their film “The Witch” opened with two years ago on its way to $25M domestic.

With no horror title in the current marketplace, unless you count Paramount’s “A Quiet Place,” which is now in its tenth week, “Hereditary” has a chance to hit hard.

The only drawback is, like most of A24’s films, it may be too cinematically cerebral for its own good.  While critics are clearly taken with it (currently 93% on Rotten Tomatoes) it’s ultimately up to the multiplex masses to make the arty horror flick stick.

Regardless, it should have a decent run as it begins in 2,300+ theaters. May dig in with $10M+ this weekend.

And then we have Global Road’s R-rated crime/thriller/comedy/horror film, “Hotel Artemis.” Uh, the fact that it needs so many genres to explain what it is….is likely all you need to know.

I mean how bad can it be though? It’s got Jodie Foster, Dave Bautista, Zachary Quinto, and even Jeff Goldblum makes an appearance–so there’s that. Looks like one of those fun, late-night cable flicks you used to see on TBS or TNT. Which is great if you like that kind of film, not-so-great if you produced it.

In 2,000+ theaters it may double up what “Action Point” did last weekend–that would put it at around $4M. Ouch.

In limited release, Mr. Rogers gets his five minutes courtesy of Focus Features’ documentary, “Won’t You Be My Neighbor?”

Ironically, the endearing, squeaky-clean children’s host, who possibly owned more sweaters than Cliff Huxtable, and took kids on the expressway to the Neighborhood of Make-Believe, dishes out a juicy, PG-13 film.

It’s getting fantastic reviews, but in this day and age of documentary du jour available on streaming services…will people pay big box office bucks for such a niche doc?

Paramount’s Bumblebee front and center. Dare I say it: This actually looks good. One of the reasons why–Michael Bay is out, and Travis Knight, who made his directorial debut with Laika’s “Kubo and the Two Strings,” is in.

While that “Bumblebee” clip is great, this tops it. Travis Knight, aka Chilly Tee, dropped this dope beat back in ’93. Even though BB is set in the late 80s…I’m pretty sure there’s room for this on the soundtrack.

Is everything still awesome? Um, yeah, I would say so…weirdly awesome. Even though “LEGO Batman” and “Ninjago” didn’t exactly measure up to 2014’s OG, having Chris Pratt back as the odd man out is comforting. 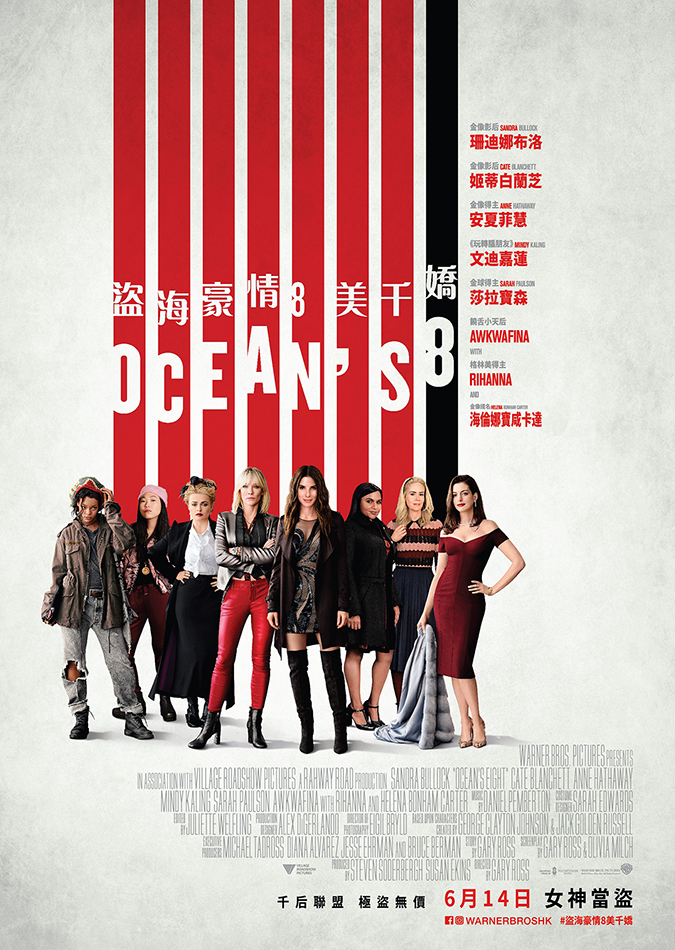