Christmas carols are playing relentlessly, mall parking is non-existent, and Starbucks’ red coffee cups are warming the masses; it’s quite obvious holiday season is in full swing, although you wouldn’t know that based on the lull in multiplexes over the last two weeks.

Since the onslaught of cinematic proportions on Thanksgiving, there’s been just one new wide release from studios, this weekend’s “Office Christmas Party,” and audiences are growing restless, catatonic even.

Multiplexes need a jolt, and they just might get it, courtesy of the comedic stylings of Kate McKinnon (who’s on the verge of becoming a huge star), Jennifer Aniston, TJ Miller, Rob Corddry, Karan Soni and the always brilliant, Jason Bateman.

“Office Christmas Party,” directed by Josh Gordon & Will Speck (“Blades of Glory”), arrives in 2,800+ theaters and is a bit of an unexpected gift. R-rated comedies, for the most part, haven’t been a part of the multiplex mirth in season’s past, as family comedies like “Meet the Parents” and “Night at the Museum” have reigned supreme.

That’s not to say studios don’t try: “Bad Santa 2” is performing okay, but the sequel is really only delivering to a niche audience, having grossed just $14M in two weeks.

Last season, even Seth Rogen and his pot posse had a tough time convincing Christmas audiences that “The Night Before” was worth ditching that bad sweater party they were invited to, as it debuted with just $9M on its way to a middling $43M.

Paramount has had tremendous success with laughers during the month of mistletoe though, scoring $150M last year with their PG-13 comedy, “Daddy’s Home,” and a couple years back with “Anchorman 2,” which was so close to being R-rated that the studio eventually released another cut that was.

The trailers for “Office Christmas Party” definitely have people snickering, and if there’s one thing people need over the holidays, it’s a laugh or two, the more naughty, the better.

Call it hoping on the zeitgeist express, but “Office Christmas Party” is a classic set-up that is long overdue and should pay big dividends for the studio. In fact, I wouldn’t be surprised to see “Bad Sweater Party” rushed into production this summer.

Expect a rush of holiday shoppers to find sweet relief from the consumer chaos in darkened theaters as “Office Christmas Party” may just knock “Moana” off her box office boat and swipe the #1 spot with $20M.

However, last week, it dropped nearly 50%, even though the R-rated drama added a theater. That certainly doesn’t bode well for a wide expansion into 1,600+ theaters. Could be a bloodbath; however, Chastain’s performance should garner nominations, which will certainly help keep the $18M film afloat through the awards season.

Speaking of laurels, Lionsgate’s “La La Land,” which won Best Picture by the New York Film Critics and is a shoe-in for multiple Oscar nominations, lands in five theaters this weekend and should turn heads, performing a number on the per-theater-average box office charts.

The big question is: can a musical based on “the biz” break through and become a bona fide box office star?  Place your bets. Damien Chazelle’s (“Whiplash”) flick might just wind up as Best Picture early next year.

Isn’t it ironic–don’t ya think–that the new “Transformers” movie debuted at halftime during an NFL game that nobody was watching—the hapless New York Jets vs. the Indianapolis Colts.

No one can make a film like Michael Bay, and whatever side of the fence you’re on, that cannot be argued. Mythic in nature, yet ironically, instantly forgettable, his flicks exist in their own dimension…a dimension that is filled with monolithic dollar signs.

Trying to assemble the mythology of the “Transformers” films would require a degree from MIT, or possibly Full Sail University (there are mad geniuses everywhere), so resetting the story thread isn’t that big of deal since everyone is here for the POP-BANG-WOW anyways.

Hey, there’s Mark Wahlberg! Hey, there’s Josh Duhamel…hasn’t he been in like every one of these? I forget. Bumblebee! Optimus Prime! Did he die? Why’s he floating past Saturn? Is he a bad guy now? Cool! Is that Anthony Hopkins narrating? Epic!

There is no victory here, but I will sacrifice 2 ½ hours this summer, if only to beat the heat and bedevil my eyeballs.

Otherwise known as “Mummy: Impossible.” The stakes have definitely been raised, and by stakes, of course, I’m referring to budget. Don’t let anyone tell you differently: this must have cost upwards of$200M.

No doubt this will do huge business internationally, where Cruise still packs a monstrous punch. His last “Mission: Impossible” flick did 71% of its business overseas and “Edge of Tomorrow,” which barely hit $100M domestic, scored $270M across the pond.

So, yes, we’re looking at an emphatic beginning to Universal’s MCU, aka, Monster Cinematic Universe. Like it or not, this is going to be a thing for awhile. And yes, the 54-year-old Cruise remarkably looks younger here than he did as the Vampire Lestat. Hollyweird, people.

These are troubled times we live in, but if there is one thing we can all agree on, despite our political views, it’s that the world needs “Baywatch” now, more than ever. It’s not the movie that audiences want, but it is the movie audiences desperately need.

While David Hasselhoff is nowhere in sight in the first trailer, you know he probably filmed extended scenes and bonus content for German audiences. As you know, they still love them some Hasselhoff. 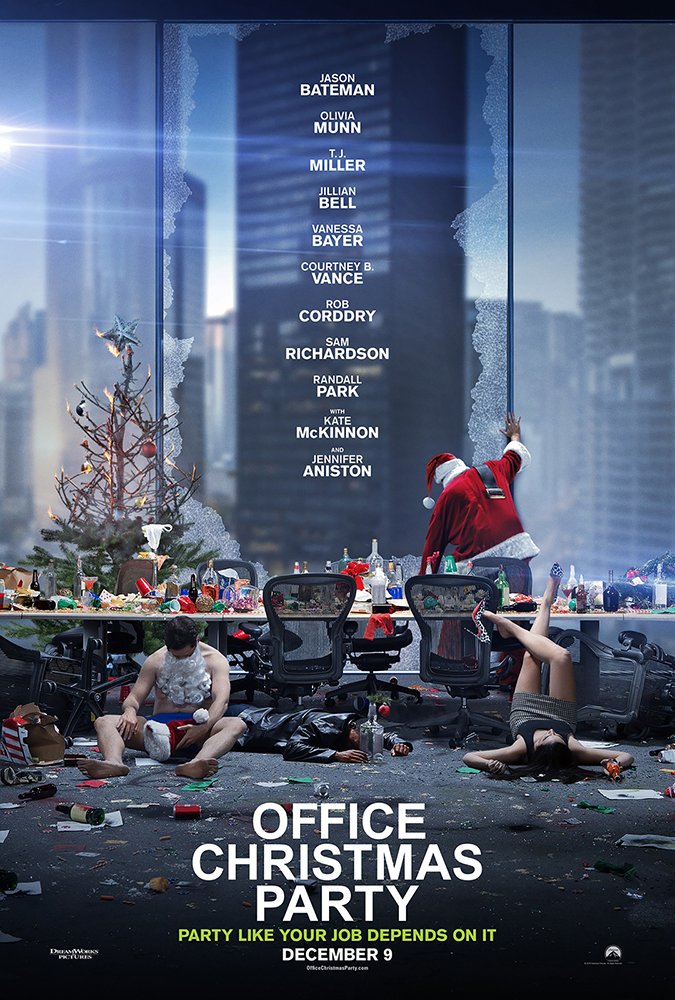