Three new movies try to captivate audiences this weekend, but none with a chance in hell of catching the elusive “Black Panther,” which became just the fifth film to ever top $200M+  in its domestic debut—$202M for those keeping track, and $242M over the long President’s Day holiday.

This weekend hardcore sci-fi gets a bad rap in Hollywood, but not because the product is subpar; in fact, it may be that they’re—dare I say—too smart for their own good. As different as these stories are, reaching the far corners of space and the darkest parts of the mind, the box office story is entirely too similar to what has come before, namely, disappointment.

With Alex Garland’s “Annihilation” debuting on Friday, the R-rated film is on pace to follow the disappointing lo-fi grosses trend in the sci-fi world, with under $15M in 2000+ theaters. In fact, many have pegged the Paramount release with an opening closer to $10M-$12M despite out-of-this-world reviews, brilliant special effects, solid performances, and an ambitious story that sticks with you long after the credits roll.

One could argue that Paramount is setting up “Annihilation” for failure by dropping it in just over 2,000 theaters; however, they’ve had similar success with “Arrival,” as it opened late in 2016 with $24M in 2,300+ theaters, before expanding it into 3,100+ venues, snagging a Best Picture nomination and ultimately grossing over $200M worldwide.

But then there’s this little wrinkle: In 17 days it drops on Netflix. Not in North America, mind you, but in international markets. So, that’s happening. Remember, Paramount uncorked “The Cloverfield Paradox” onto unsuspecting audiences on Netflix instead of in theaters after paying Paramount upwards of $50M for it.

“Annihilation” has a budget similar to that sci-fi misfire, which is to be expected considering the gravitas needed to pull off a genre flick of this nature. And while “Annihilation” is based on the first in a trilogy of best-selling books by Jeff VanderMeer called the Southern Reach series, its doubtful Paramount is planning much past the initial launch.

Many may pin the annihilation of Paramount’s film this weekend on the growing box office legend of “Black Panther,” which opened with the 5th best domestic debut ever, and is consistently out-grossing “The Avengers” on a daily basis in North America, but that would be a slight to the consistency of the genre, which is very slight indeed.

Whether you liked “Blade Runner 2049” or not, it was a beautifully built film—full of dreamy dystopian sci-fi locals, kinetic performances, and visual effects that dazzle. Thing is, it didn’t exactly blast off at the box office. Like many that have had a rough landing before in the hardcore sci-fi genre, it faded out quickly, even though many critics and audiences called it their favorite film of the year. Rightfully so.

Yes, I know the arguments against “Blade Runner”: It’s based on a cult hit, it’s too dreary, it’s a bore.  I get it: space is dark and lonely, and audiences want sci-fi that is flashy and fun, like the new “Star Wars,” and, to some extent, the next-next generation of “Star Trek.”

Personally, I think the director of “Blade Runner 2049,” Denis Villeneuve—who also helmed “Arrival,” “Sicario,” and “Prisoners”—is a rare talent, someone who makes films that hit a nerve and with exceptional verve, films that crackle and pop and smolder, at times, in slow motion. However, that build up always pays off in a visceral delight, one that is firmly grounded in superb storytelling. In much the same way that Spielberg used to do with his early sci-fi like “Close Encounters of the Third Kind” and “E.T.,” Villeneuve humanizes the story with characters of depth, something that is noticeably void of, in, say, “The Force Awakens” and “The Last Jedi.”

Thing is, for audiences to truly embrace a sci-fi film, they have to buy into the world it creates. That’s a huge part of the box office success or failure of a film that is striving to be more than a one-off.

George Lucas and Gene Roddenberry created sublime worlds that inspired generations of those who dream beyond the stars with “Star Wars” and “Star Trek,” and more recently Marvel’s extended universe. And we haven’t even mentioned James Cameron’s “Avatar.” Those are all huge hits, primarily because audiences accepted these strange new worlds as their own—places they want to escape to again and again.

Even “Terminator 2” and “Aliens” are sci-fi classics, as is Ridley Scott’s original “Alien” and his further exploration in “Prometheus.” And then along comes a film like “Alien: Covenant” which is so dark and mean-spirited, offering up nothing more than what Friday the 13th did when Jason slayed in space—blood and black goo everywhere without a DNA strand to call its own. It’s no wonder many audiences don’t often return to the sci-fi realm.

And then there’s the derivative aspect of the genre, which many YA adaptations have now taken up space in, starting strong, but offering up sequels that are contrived and flimsy, as they weren’t truly conceived as true trilogies, as much as they were trust funds.

When a story ruts out, so does the money, and these further iterations of dystopian sci-fi have been so similar in nature that it’s sometimes difficult to distinguish one from the next. And then there’s films like “Valerian and the City of a Thousand Planets” which had boundless energy, misguided as it was, and trapped us all in a world that was an amalgamation of every sci-fi film we’ve already seen, but this time with casting that couldn’t elevate the mediocre material.

That’s how difficult it is to create worlds that allow the audience’s imagination to take flight, to soar beyond the pixels and paint they’re actually created with.

Garland made the psychologically brilliant “Ex Machina” for A24 for $15M back in 2015, and ended up making $25M for the indie studio–its highest grossing film until “Lady Bird” landed. With “Annihilation,” he attempts to expand his oeuvre moving on to a major studio, sticking to the same R-rated sci-fi thriller genre, yet this time spending $50M to ensnare the multiplex mobs as well as the denizens of the arthouses.

Also debuting in the shadow of “Black Panther” this weekend is Warner’s R-rated comedy, “Game Night,” starring Jason Bateman, and directed by the tag-team of John Francis Daley and Jonathan Goldstein, who last directed the “Vacation” reboot and also co-wrote “Horrible Bosses” and “Spider-Man: Homecoming.”

Should do decent business in 3,400+ theaters, and has solid reviews, although Bateman and Rachel McAdams have never been big draws without bigger supporting casts. May land upwards of $15M, and if it passes go with moviegoers, without going to jail, it could climb upwards of $20M.

Orion Pictures’ teen drama “Every Day” also opens, but in just 1,600+ sites. May wind up with $3M as most people don’t know it exists. 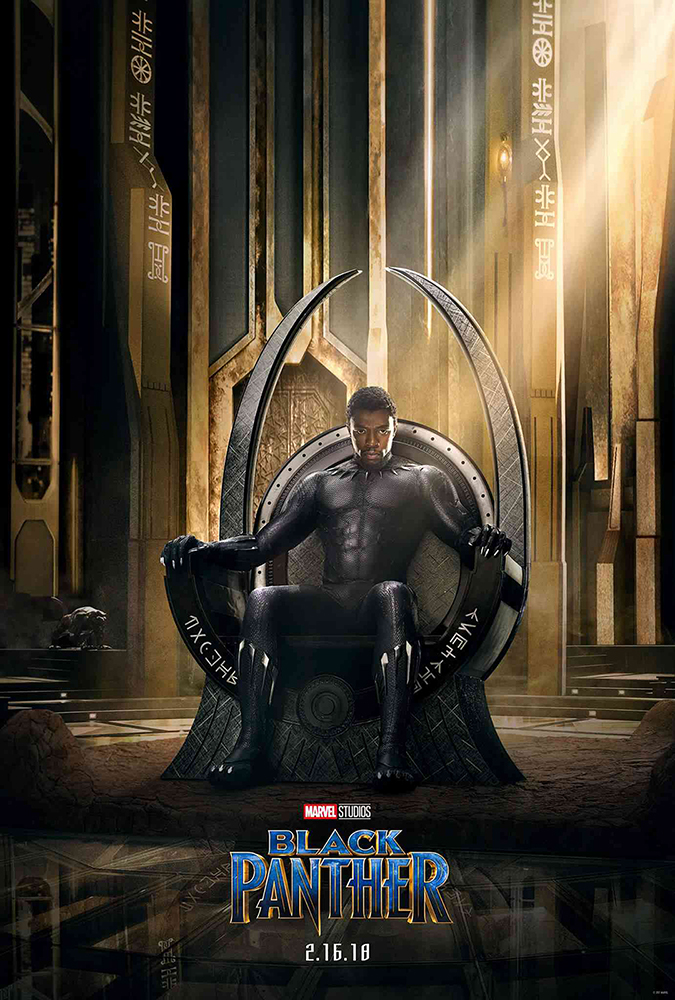