It’s not often you have turkey the weekend before Thanksgiving, but Hollywood, or more appropriately Warner Bros., served up a healthy slice of the big bird, as “Justice League,” a superhero flick with supposedly all the fixings, opened to just $93M.

Wait a minute. How is nearly $100M on opening weekend a disappointment? Well, considering that all of the previous four DCEU films have opened with $100M+, including “Wonder Woman” this past summer, it’s pretty obvious the goodwill of the Amazonian warrior wasn’t enough to rebound from the grim word of mouth and the trail of bad tidings left by “Batman V Superman: Dawn of Justice.”

Let’s be very clear about one thing: “Batman V Superman” debuted with $166M. That means “Justice League” debuted with $72M less than its predecessor, just over a year and a half ago. There is absolutely no way around this fact. The brand, the series, the entire DC universe has been hurt by the constant barrage of subpar offerings.

This is especially embarrassing considering the vast amount of riches WB has at its disposal—decades upon decades of legendary comic book storylines. And yet, they can’t fill up a competent two hours in cinemas. That’s the most frustrating thing about this. Time to clean house and create a new big bang, sans Wonder Woman and the Flash.

It will be very interesting to see what direction WB goes, as even international numbers weren’t spectacular by any means. Remember, Marvel’s version of superhero stardom, “The Avengers,” bowed with $207M and its second weekend was $103M, still higher than “Justice League.” And, oh yeah, Marvel’s Z-list heroes, “Guardians of the Galaxy” debuted with $94M in 2014, and $146M for the sequel. DC has a looooooong way to go.

On the upside, the overall box office finally pointed north this holiday season, as it was up over 20% this past weekend, with strong numbers expected from Pixar’s “Coco.”

Having already become the highest grossing film of all time in Mexico with $48M, the rest of the world is in for another treat from the magic-makers at the Mouse House, who have owned Thanksgiving week nearly every time they’ve released a film over that period.

The lone exception was “The Last Dinosaur,” but even that slight misfire two years ago debuted with $55M over the 5-day stretch. “Coco” rocks out in 3,800+ theaters and should strum up a minimum of $65M over the extended weekend.

Remember, last year “Moana” ruled the seas of gravy, grossing $82M in its first five days of release, and four years ago, “Frozen” unthawed with $93M. “Coco” might not reach those heights, but as everyone knows, Pixar’s films have some of the longest legs in the business and should carry it all the way through to 2018.

As for the traditional turkeys, Sony rolls out Denzel Washington’s “Roman J. Israel Esq.” in 1,600+ venues after a underwhelming exclusive debut in 4 theaters this past weekend: $16k per theater, $65k total.

Those certainly aren’t inspiring numbers, as his latest doesn’t look to be a traditional Denzel film where he either kicks ass with his physical brand of action or kicks your ass emotionally with his passionate performance. The court drama is somewhere in between the two and that seems to be turning audiences off. It’s a great hairdo, though, one that can’t be discounted.

And somehow escaping a debut on the Hallmark Channel is Bleecker Street’s “The Man Who Invented Christmas,” a period piece that tells the tale of how Charles Dickens wrote the classic yarn, “A Christmas Carol.” It’s getting decent reviews, so you never know.

Also looking to crash award banquets this year is Sony Classics’ “Call Me By Your Name,” which debuts in four theaters this Friday and is already the leading Independent Spirit Awards nominee with six nods. Italian director Luca Guadagnino (“A Bigger Splash”) is one to watch, as he may just snag an Academy Award nomination for Best Director.

The last of “The Last Jedi” teasers before the film dominates the box office.

Disney might just have the next big YA franchise on its hands. Yes, believe it or not, there’s a series of these books from author Madeleine L’Engle. 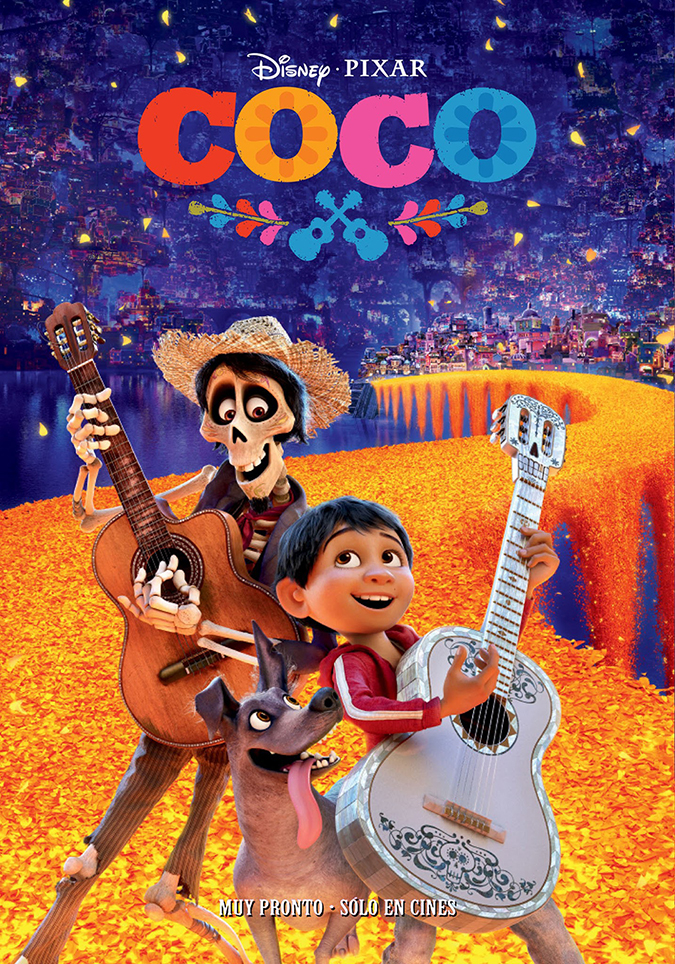