More Than A Tie

With Marvel’s juggernaut, “Black Panther,” just waiting to pounce on the box office next weekend–some prognosticators expect a debut of $150M+–three new films enter the multiplex arena this Friday, and, so, their time on top will be tied and bound to this weekend only.

Ouch. Sorry. I knew that would sound wrong, but there’s no going back now. My hands are trussed. “Fifty Shades Freed” for the win.

We all know quality is subjective, but the success of the “Fifty Shades” franchise is something of a paradox. It’s based on one of the worst book series’ ever written, has awful acting, and the cherry on top is that the sex scenes aren’t even worthy of the word, titillating.

Yes, here we are, with the worldwide gross after two installments at $952M. That means after “Fifty Shades Freed,” this will be a billion dollar enterprise. No wonder Universal doesn’t blink an eye when dropping $55M per flick; they’re swimming in dollar bills, just like a strip club full of Philly fans after the Super Bowl. I just can’t for the life of me understand what they’re spending that cold, hard cash on. Must be the soundtrack, because it certainly isn’t on the screen.

In much the same way an action film like, say,  “Den of Thieves” is made for men to get off on the glorification of guns and violence, women seem to have a sweet spot for this particular brand of fantastical storytelling. These films aren’t good, but audiences going to them, for the most part, know that, and that can be part of the fun, especially in group settings.

Nothing better sometimes than MST3King a film and laughing your ass off, and if people actually like it, all the better. That said, sequels have been rendering audiences limp lately, as declining grosses with each new installment have been eye-opening and cause for alarm within the industry.

“Fifty Shades of Grey” gobsmacked everyone three years ago, debuting with $85M domestic and finishing off with $571M. “Fifty Shades Darker” took a bit of a dive, opening with $46M last year and ending with $381M globally. That’s probably more of a leveling off after the initial fascination with a book series that has captivated and polarized readers from Seattle to Shanghai.

“Fifty Shades Freed” should see more declining viewership; however, even a debut of $35M should lock down the #1 spot.  The only chance of cock-blocking “Freed” at the box office will be a bunch of wily rabbits. Who, if nothing else, also enjoy a good time.

Sony’s kiddie pic, “Peter Rabbit” arrives after WB’s “Paddington 2” failed to capitalize on the family demographic, debuting with $11M and stalling out with $36M just weeks ago.

Universal has had some success here, and with rabbits no less, as “Hop” hit $37M ($108M total) back in 2011, so it’s not out of the question for “Peter Rabbit” to rule the box office briar, although low 20s is probably more likely.

And then, somewhere down the line, is Clint Eastwood’s “The 15:17 to Paris.” When was the last time an Eastwood film arrived with so little buzz? Warner Bros. has been advertising, but this doesn’t look to have the breakout potential of “Sully,” “American Sniper,” or “Gran Torino,” despite the based-on-a-true-story mantra that has served him well in the past.

In 2,700 theaters expect around $15M this weekend, and maybe $50M total. One of the really interesting things about this film, though, is the fact that Eastwood used the real people that went through this ordeal to star in the film. That sounds cool, but there’s also a reason most films use professional actors. Fake it to make it.

PARADOX OF THE WEEK: NETFLIX & BAD ROBOT DROP A BOMB

Despite a clever marketing campaign and an air of mystery about it—secretly debuting on Netflix after the Super Bowl instead of in theaters as previously announced—Bad Robot’s latest “Cloverfield” film, “The Cloverfield Paradox,” turned out to be just another sci-fi misfire as it delved heavily into the most dangerous place of the known universe: the land of been-there, done-that.

Even armed with a stellar cast, just like “Sunshine,” “Alien: Covenant,” and “Life” before it, the script ultimately doomed the mission at liftoff. “The Cloverfield Paradox” isn’t a paradox at all…just a mashup and a rip-off of good and bad sci-fi that we’ve all seen hundreds of times. Makes even “2010: The Year We Make Contact” look like a classic. And, to tell you the truth, the storytelling elements in that sequel are light years superior to this drivel.

A couple years ago, “10 Cloverfield Lane” worked because they turned the sequel on its head. It was more of a spiritual sequel, in fact: an offshoot, in an entirely different genre that accompanied the same universe, one that had a tight script firmly based in the hostage/thriller genre.

“Cloverfield Paradox” had a story that drifted in and out of reality, which is especially disconcerting when its overall premise had the chance to soar. It misfired badly. Unfortunate, as it really seems like a missed opportunity to create a Cloverfield dynasty.

Still, when you think about it, even the most overachieving and sublime hard-core sci-fi, like “Mad Max: Fury Road” and “Blade Runner 2049,” have a difficult time captivating audiences in terms of box office payoff. It’s a genre that’s has proven very difficult to perform lights out, even when firing on the highest-functioning synapsis.

The paradox is this: good actors, sometimes big name stars like Will Smith, and interesting concepts should make quality entertainment, right? “Bright,” “Okja” and now “The Cloverfield Paradox” have continued to plow the rut of big budget streaming debuts, which audiences now equate to not-ready-for-prime-time cinematic players.

If it was good enough, it would have made a mint in multiplexes first, right? That prevailing thought still exists because these movies aren’t anything special. And until something comes along that is, audiences will equate high-priced streaming debuts to inferior entertainment.  And so far, I’d argue that they’re correct in that assessment.  There have been blips of brightness, but nothing so far that approaches even cult status.

That will change, no doubt. I mean, you don’t just come out of the gate and make “Pee-Wee’s Big Adventure.” Or do you? Tim Burton shout out. Regardless, Martin Scorsese has a shot at changing that with his latest $125M crime drama, “The Irishman,” which is tentatively set to debut on Netflix in 2019. The stakes don’t get any bigger than that. Scorsese for the win.

It just doesn’t get any better than this. Let’s hope with old Walt’s acquisition of Fox, they let Deadpool continue to play fast and loose. Great little tip of the hat to the folks at Disney in here, too.

Could Disney pull a “Cloverfield” and premiere “Solo” on The Disney Channel? Oof. It’s bad enough the Mouse House killed off Han Solo in “The Force Awakens” like a chump, but now they have to go and Disney-ize one of our favorite heroes?!!

This isn’t the Han Solo I know, this is So loooooo….ng. Wow, no wonder they hired the “Game of Thrones” showrunners for a future trilogy. Disney desperately needs to bring some much-needed balance to the force. “Solo” may just straight-up crash and burn.

And you absolutely have to love the tag at the end:

Solo: I thought we were in trouble there for a second, but it’s fine. We’re fine.

Hate to be the one to break it to you…but this isn’t going to end the way you think it is. 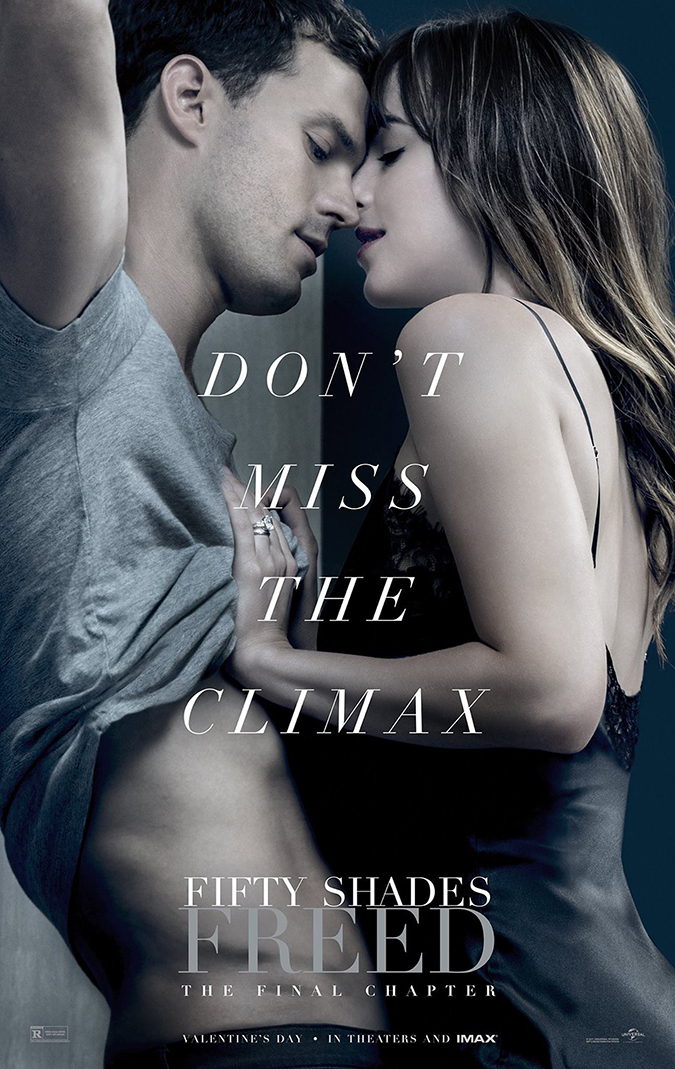