The Galaxy Electric is comprised of Jacqueline and Augustus, a pair who claim they come from Saturn. We love it! To us, their music is straight up out-of-this-world goodness.

The Galaxy Electric describe their music as “retrofuturistic pop” — and we get that. Give the band a listen and you’ll recognise some space age psychedelic deliciousness. Think Zombies meets Bossa Nova meets new Baroque pop.

If you’re looking for music for your next cocktail party, head on over to our Summer Catalogue to learn more about The Galaxy Electric’s latest album “Everything is Light and Sound.”

And for more shimmer and harmony, kindly read on.

The NewsWhistle Q&A with The Galaxy Electric

Age (if you want to give it up): Never gonna give it up

You can find ourselves manipulating analog tape, viewing native birds in rural river towns, looking all over for that next good idea, painting with light, or sitting quietly in a transcendental state.

What’s a career in music?

Why did you choose your city as your base? Any tips or suggestions (hotels, restaurants, sites) for people traveling to your part of the world?

It chose us. Our souls belong to the west coast, but alas, we have found solace in the nation’s capital. Shout out to Union Arts. May it live on.

Augustus would have chosen not to go to college. Jacqueline would have been nicer to herself.

3 tomatoes are walking down the street. A papa tomato, a mama tomato, and a little baby tomato. Baby tomato starts lagging behind. Papa tomato gets angry. Goes over to the baby tomato and smooshes him…and says “Catch Up!”

Augustus is a dual citizen of the U.S. and UK. Jacqueline was a competitive cheerleader.

What’s been your best performance?

Recently we opened for Gwenno and it was the best. The worst? Long, long ago, there was a show where Jacqueline froze and completely forgot the song and simply turned her back on the audience and waited for the other players to end the song. That was the worst.

Start your own project. Do as much for yourself and by yourself as possible. Collaborate with people when you already have your own vision for yourself. Otherwise, you will get lost in their identity. It starts today and has no end.

We have many. And have had the pleasure over the years to have seen and met all of these influential artists: Morton Subotnick, Suzanne Ciani, Simeon Cox of Silver Apples, Trish Keenan and James Cargill of Broadcast, and Charles Cohen. It’s kind of hard to believe.

“New Track” by Frances Bebey, “The Young People” by Belbury Poly & Moon Wiring Club, “Joanna” by Serge Gainsbourg, “Firebird” by White Noise, “Snow Queen” by The Byzantine Empire, “Judder” by Octopus, “Tribal Gathering” by The Byrds, and “If Not By Fire” by Mandy More (not that Mandy Moore). Just to name this moment’s few.

Scorpions. Despite ever having any contact with them in this life.

Merced, California. They know why. 😉

The most important thing to promote and discuss is peace. War is not the answer. You can support artists that support peace by purchasing the vinyl recording of our album, “Everything is Light and Sound” at www.thegalaxyelectric.com. 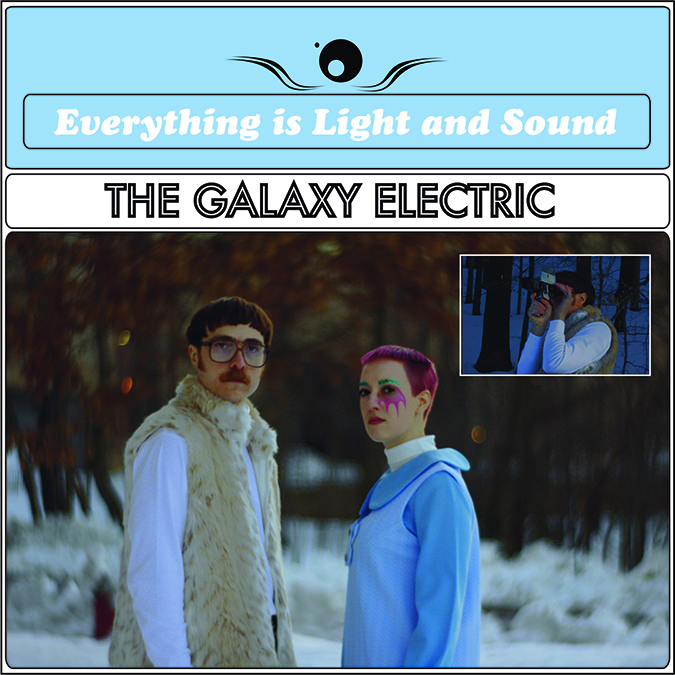 Images Courtesy of The Galaxy Electric; Photos by Ron Bigler