Hello and thank you for tuning in to this week’s AWOPBAMBOOM! This week we’ve got the Grammys and three artists who deserved better.

First, Billie Eilish took the Grammy’s for everything they got, a total of five, count ‘em, five awards. She won Album of The Year and Best Pop Vocal Album for When We Fall Asleep, Where Do We Go? She won Record of The Year and Song of The Year for her hit, Bad Guy, and she also made off with Best New Artist.

Her brother, Finneas, didn’t do bad for himself either, winning Best Engineered Album, Non-Classical and Producer of the Year, Non-Classical.

Tyler, the Creator delivered a Dr. Seuss-inspired acid-trip of a performance. He was psychotic, brilliant, and exhausted himself to set a pastel suburbia on fire.

To check out the other winners, lookie here on their website.

Lana Del Ray was nominated for Best Album and Best Song of the Year for her album and song of the same name, Norman Fucking Rockwell!. The album is a balladic genre blender of soft, folk, pop, and psychedelic rock, and a lot of the songs are beautifully heartbreaking—like the lonely stillness in between paintings of an art gallery. Speaking of paintings, the album—partially inspired by American artist Norman Rockwell—is like submerging a great painting in water and watching the hard lines and details dissolve into multiform pools of color. The titular song of the album, “Norman Fucking Rockwell,” is a love song to the narcissistic artist, putting him in his place with real compassion.

“Cause you’re just a man/ It’s just what you do/ Your head in your hands/ As you color me blue.”

Tyler, the Creator won best Rap Album for Igor, but—following the artist’s own criticism— the album isn’t really, or just, rap. The album is an avant-garde Frankensteinian monster. Igor, Tyler, the Creator’s new persona, is the wicked operator of the heavy synth and electronic beats that bring this beast to life and the R&B and rap influences that make him—almost—human. The major tonal shift is halfway through the album when Tyler, the Creator turns into the brooding Igor. The fractured whole created by the genre and tone blends is jarring and easily misunderstood, but so was Frankenstein’s monster—and for those of you who have read Mary Shelley’s masterpiece—that’s what made him so beautifully human.

The 1975 only received a nomination for Best Rock Song for “Give Yourself A Try,” which, arguably, isn’t their best song on their album, A Brief Inquiry into Online Relationships. The album is a romance between humanity and technology communicated in many classical forms—rock, jazz, gospel even— and many new—electro pop, synth, and spoken word. This, too is an experiment in genre. The use of technology varies song to song; Lead Singer Matt Healy uses autotune just as much as his powerhouse vocals, the spoken word “The Man Who Married a Robot/Love Theme” is spoken by a male-Siri-like voice, and “Sincerity is Scary” features a sassy romance between piano and electronic beats.

My favorite song, “Love It If We Made It” shouts “Modernity has failed us” and so much more in front of billboard-advertisement-bright electric guitar. Healy’s voice oscillates in a working relationship between authenticity and autotune, and the synthesizer and drums regulate the anthemic heartbeat of the song. 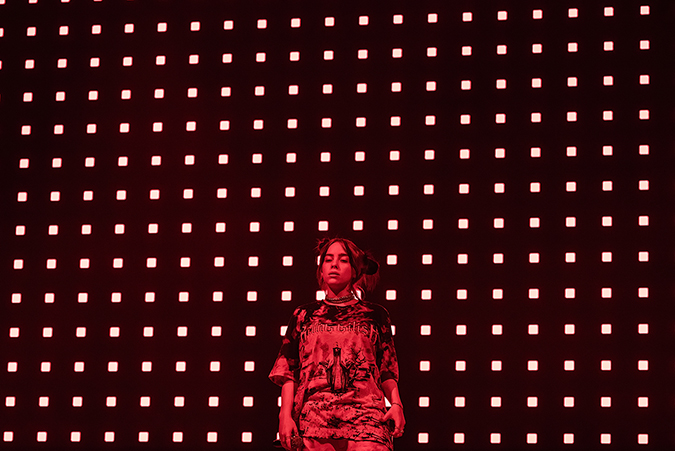