Hello and welcome to AWOPBAMBOOM this week, world! I hope everyone is hanging in there during this time of struggle. This is exactly what art is made for: to be life-affirming and reinvigorate the human spirit. This week we’ve got a new segment to introduce, we remember the Fountains of Wayne bassist Adam Schlesinger, and we thank all the musicians who’ve contributed to the #togetherathome live concert streams.

And now, a new segment here on AWOPBAMBOOM: DAD’S RECORDS, where we dust off old albums with modern reviews. This week I listened to one of the most radically brilliant albums of all time, Pink Floyd’s The Wall.

For a complete plot summary, check it out here on Wikipedia. I recommend giving it a read because of how important and well-integrated the narrative is with the music, especially because what makes the album so great is how interwoven and dynamic its themes and musical recursions to those themes are. Pink Floyd gives their listeners a key as to which sounds/instruments/lyrics communicate what theme/emotion/character. And then, by auditory association, The Wall develops those themes to make a cohesive and dynamic story.

The wall is not a static symbol; it is constantly being built and destroyed. We hear when Pink remembers his father with airplanes and explosives. The lyrical phrases in “Mother” are expanded upon in “Young Lust.” And these are only a few examples. But the most underrated of all The Wall’s recursions is from its end to its beginning. The last words of “Outside the Wall” are “Isn’t this where…” “We came in” is the first phrase of the first song, “In the Flesh?”

What does this mean? Why is the album cyclical? Is Pink doomed to repeat the same solipsistic story again and again?

No. While Pink is not doomed to repeat the construction and destruction of his wall for all of metaphorical eternity, he is doomed to suffer from the same traumas and vulnerabilities: Pink’s father will always sacrifice his life in WW2; Pink’s mother will always be an over-controlling woman; his schooling will always be tyrannical and oppressive; his wife will always cheat on him; and he will always reel in pain from these experiences and others. But this is a rather positive and hopeful plot point; he may suffer from the same pain but that does not mean he has to reject his humanity and build his wall in response. In short, he gets a second chance.

My favorite song from the album is “Comfortably Numb.” The echoes and reverberation drive home the true isolation Pink experiences behind his solipsistic wall. His own thoughts, and emotions, especially his pain, echo eternally within him. The steady heartbeat of the drums allows for the bright elusive vocals to build and shine. The guitar solos are so vain – I don’t mean this as a criticism at all, they are meant to be – their electric shriek makes sure the solo stands out alone, dancing with itself, in front of the instruments that support it.

The album’s range is far and wide: from hard rock and disco of “In the Flesh?” and “Another Brick in the Wall,” to the ballads of “Mother” and “Hey You,” to the experimental inclusions of sound effects throughout the album. Pink Floyd shied away from no risk in The Wall. A less-complete version of this album could’ve left listeners lost and confused. But, because of how tight knit it all is, The Wall deserves recognition for being one of the greatest concept albums/rock operas of all time.

Fountains of Wayne bassist, Adam Schelsinger, passed away from coronavirus at the age of 52. Fountains of Wayne are famous for their hit song, “Stacy’s Mom” but the bassist did much more than collaborate on the mother lovin’ hit; Schelsinger wrote music for TV shows and movies like The Colbert Report, Josie and the Pussycats 2001 remake, and CW’s Crazy-Ex Girlfriend. He will surely be missed, but Schlesinger will live on in his contributions to the entertainment industry.

Global Citizen and WHO have partnered together to bring live streamed concerts to the quarantined for free. This is a huge contribution to morale; these are tough times and those kind enough to contribute their time to put on a show make a difference for us stuck at home. Chris Martin, John Legend, the Lumineers, Hozier, and many more have live-streamed concerts for fans.

For those who need inspiration, check out the multitude of artists who have contributed to the #togetherathome concert series here.

MUSIC IS WHAT WE NEED

Bob Dylan released his Kennedy assassination epic, “Murder Most Foul,” this past week. The song lists off many musicians around the time of the tragedy and continuously turns to them for their music. He references the Beatles, Billy Joel, and many more artists asking to hear their music during the national tragedy of 1963.

Dylan’s rusty timbre takes center stage as it saunters carefully over the names and titles of musicians and songs while somber piano and tearing violin grieve the loss with him.

The song applies not only to the Kennedy Assassination but to tragedy and art’s role in tragedy as a whole. We need art during times of suffering and crisis, it’s our human need to turn to art— maybe not for answers, maybe not for comfort— for some sort of catharsis, an affirmation that we’ll move on. 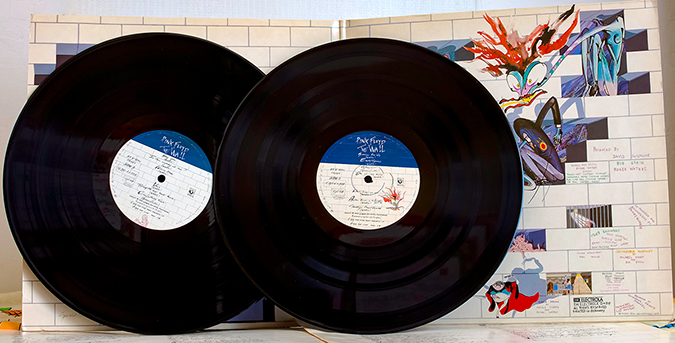