Hello folks, friends, and fellow people with ears who like to use them to listen to music!

Welcome to this week’s segment of AWOPBAMBOOM. This week we’re reviewing Dave — Lil Dicky’s new show on FX and Hulu — and checking out the titular song from his last album, Professional Rapper.

Anti-Warning: This is a spoiler-free review.

A REVIEW OF DAVE

Dave is a semi-autobiographical and authentic portrait of Dave “Lil Dicky” Burd — the rapper as an awkward young man stumbling into a pretty impenetrable industry, hungry to prove himself worthy of a shot.

The show bandies back and forth while blurring the barriers of Dave Burd the person, and Lil Dicky the artist, and explores Dave’s ungraceful introduction to the rap scene.

Aside from blatant distinctions, Dave Burd is not your typical rapper. He is neither tough nor suave. And I give the show, and Dave, real credit for portraying him in an unflattering light occasionally.

TV shows and even people will lean on self-deprecation as a defense mechanism. Dave self-deprecates without the intention to deflect vulnerability, subvert sentimentality, or reflexively cover the tracks of its peak moments. The cold open of the first episode is so out-there awkward and personal, but, besides the humor, it sets the tone for Dave so well because Dave also deals with Dave Burd’s vulnerabilities on his hero-quest for stardom.

Often, Dave is portrayed as a socially unaware, prejudiced, and sometimes selfish idiot, but his pithy and impressive moments of lucidity inspire his peers — as well as the audience — to see beyond his surface and believe in him as much as he does in himself.

Lil Dicky’s last album — Professional Rapper — was released in 2015. The titular song of the album is a job interview with Snoop Dogg; Lil Dicky explains his entire premise and shares his plans to differentiate himself in the rap industry.

In a nutshell, what’s your legacy?

Well, I wanna be the dude that came in and made the stand-up rap;

With the random rap and the man like that for the people that was anti-rap;

Yet, the fans of rap started recognizing anti-rap is ironically one of the real brands of rap left.

I guess, I wanna be the best;

I just wanna do it my way;

And turn the whole game sideways;

And show people you ain’t gotta be resigned to the highway;

You can make a path while these motherfuckers drive straight.

I ain’t mad at that.

Well, thanks, man, that’s my plan of my attack.

Lil Dicky’s flow is as versatile as water; he slips quickly into fast or slow and jagged or smooth to demonstrate his cadence capabilities. “Lyrically [he’s] pretty damn clever.”

On top of that all, the entire premise and concept of the song—as well as his others—are incredibly original and are as thoroughly executed… as a death sentence.

Check out what Dave has to say about his rise to success on his interview with Jimmy Kimmel here. 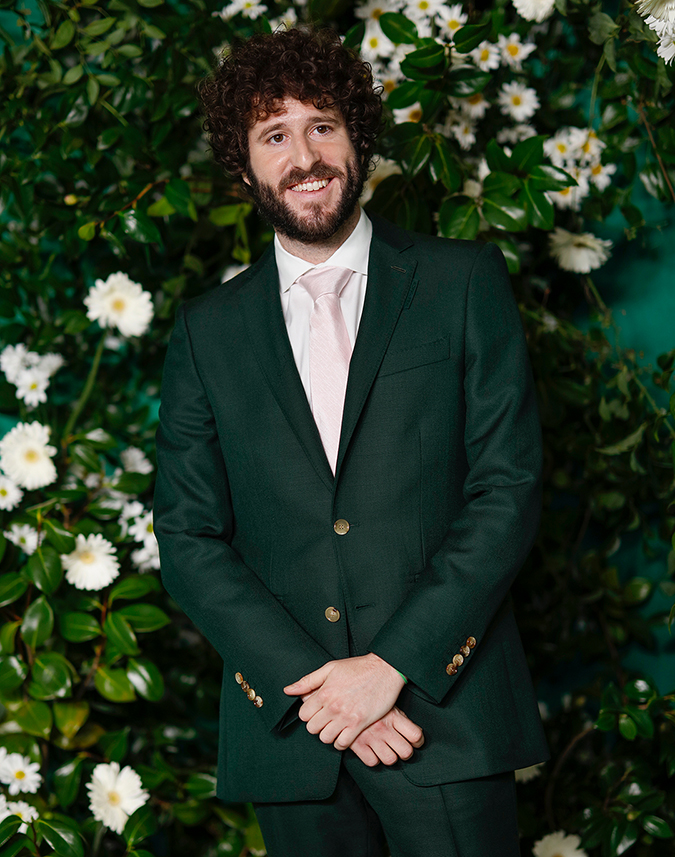