This week we’re watching a mad dash through Thai streets, finding out why Jimmy munches on terra firma, and recommending some cool new bands.

If you’re wondering what Mario Kart in real life might look like, this music video by Sigala’s got you covered. “We Got Love” features a colorful cast of characters and racing around the urban alleyways of Bangkok in various vehicles. What differentiates this song from most other EDM (electronic dance music) are its tender high strings, which both lead up to and are the real powerhouse behind the happy dance-enthusing beat.

This week’s funny band name is Jimmy Eat World. You might’ve heard of their most popular song, “The Middle.” The inspiration for their breakthrough single came from a letter from one of their fans, who felt she wasn’t fitting in at school because she wasn’t “punk enough.” The song was released on November 5, 2001, after the band was dropped by Capitol Records, and soon became No. 5 on the US Billboard Hot 100.

For more on the inspiration for “The Middle” check out Alternative Press’ interview with Jimmy Eat World’s frontman, Jim Adkins.

Using text as a form of conveying narrative in music videos has become more and more popular, especially this year. Mike Posner documents his personal struggles and triumphs in his memoir-music-videos for “Move On” and “Live Before I Die” (featuring Naughtyboy). The Chainsmokers and Kygo also use narrative text to document the good times—as well as difficult experiences overcome—shared with their friend, Rory, in their music video for “Family.”  Benny blanco and Juice WRLD use text to describe each individual ending for all members of the high-schooler cast of their music video, “Graduation.” This trend could be attributed to the rising popularity and production of cinematic music videos or even the genre-blending that’s taken over the arts and contemporary culture.

If you’re a fan of indie rock and are looking for some new bands and/or song recommendations, check out the following…

Hippo Campus: The band’s voice is versatility with diverse tracks like the fast-paced and folksy “Suicide Saturday,” the laid-back beats of “Bambi,” or punchy vocals of “Buttercup.”

Glass Animals: This band has one of the most unique and distinct sounds I’ve ever heard; their lyrics are funky, and their instrumentals are so weird and yet they work. Check out the background bubbles and raindrops of “Gooey,” or the video game arcade sound effects in “Season 2 Episode 3,” or their most recent song, “Tokyo Drifting,” a collaboration with rapper Denzel Curry.

THE NEW DEATH CULT: “Hair metal” meets “Top 40”? Oh, yeah. It’s on! We’re not the only fans of this group. The Guardian newspaper has already named this quartet one of the “Top 50 New Artists for 2020.”

Tim Bergling, or as all his fans know him, Avicii, committed suicide in April of 2018. An album of all his unproduced work, Tim, was posthumously released in 2019. And last month the Avicii Tribute Concert streamed live on Youtube. Avicii lived by his lyrics, “One day you’ll leave this world behind/ So live a life you will remember” (“The Nights”). Not only has he lived a life that has affected many other artists, but he has left behind a body of music cherished by his many fans.

FROM HELPGUIDE.ORG: “If you’re thinking about suicide, please read Are You Feeling Suicidal? or call 1-800-273-TALK (8255) in the U.S.! To find a suicide helpline outside the U.S., visit IASP or Suicide.org.” 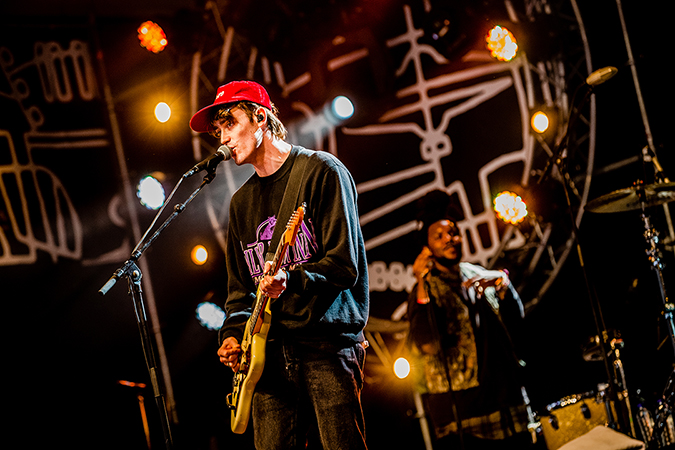