First impressions are important. I knew nothing of Kentucky’s Ancient Warfare before hearing The Pale Horse, and after sitting through it a number of times, I am by no means an expert on the band. That said, I think I get the basics.

We aren’t talking about explosions, zombies, or racing through the Australian outback on an endless gasoline hunt.

By now, one should realize that, though the name sort of sounds like it, Ancient Warfare is not a metal band. Ancient Warfare is, by their own description, is pure “Southern gothic/drone rock” (pretty descriptive, actually). Think a dustier Low mixed with not a little bit of Nick Cave theatrics. 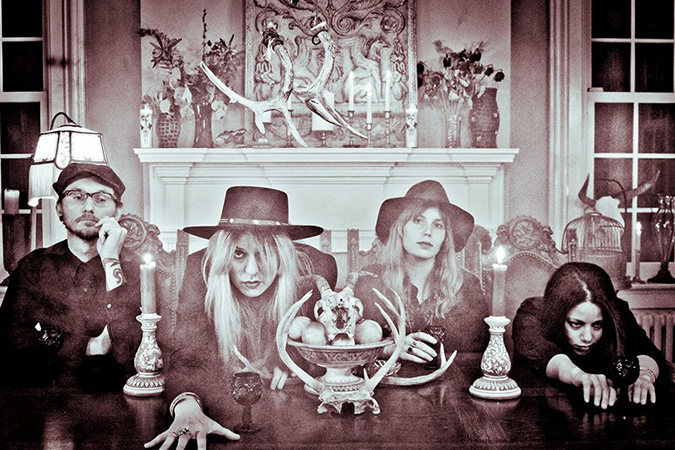 The Pale Horse opens  “Darlin” with 10 seconds of backward music before, “Darlin, I miss you so bad. You’re the best thing I ever did have.”

Devastating in its delivery. This is no summer record, even if it was just released last week.

“Who will be there to close my eyes when I die up inside?”

This is the first minute or so, people. Throughout the track in the background, there is an unsettling undecipherable noise; voices haunting the edges of “Darlin.”

“Dreamcatcher” has a pace that is ever so slightly more upbeat, musically, thanks to a marshaled drum line. There is a mournful violin present, though, which adds to the atmospheric press.

“One day, one day…” is slow chanted in the middle. One day… What? It’s never answered explicitly in the lyrics. Musically, Ancient Warfare end this one on a welcome and noisy note. 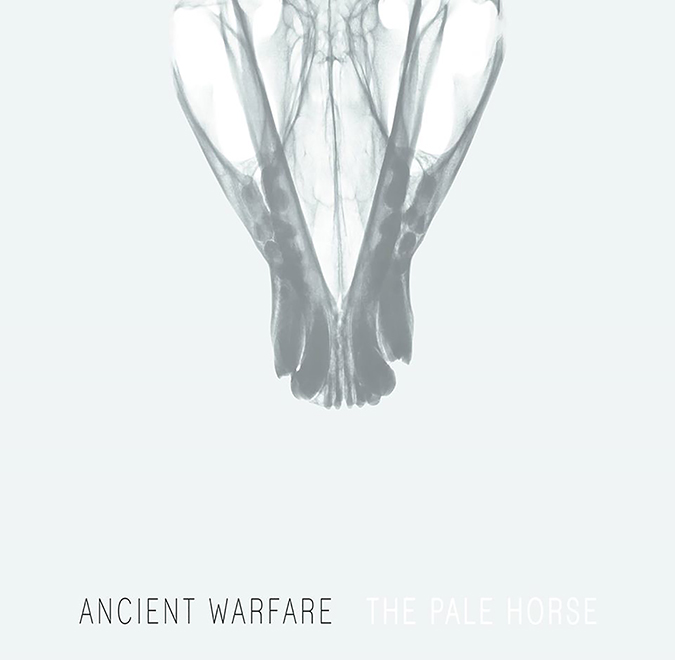 At this point, you should be On the Beach with the band.

There is a nice, early rock and roll ballad piano that quietly bops around in the background of “Gunsmoke.” The chorus, “I sure hope he knows the path to go” is repeated over and over layered on top of guitar magic and drama.

“The Last Living Trial” is the first track on The Pale Horse you could imagine hearing on radio somewhere. This is not a complaint. It is a very complete feeling track. 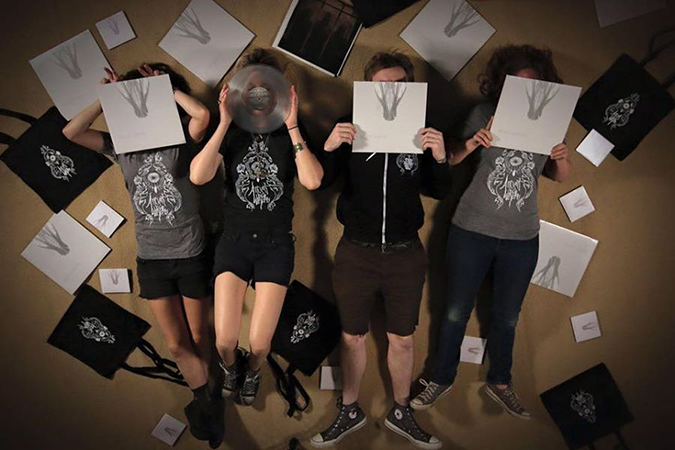 “You were so beautiful, the day you set me free.” “Tusk and Mouth” is all backing vocals and emotion on the surface. Nothing hides.

“Lickin’ Lies” talks about “Kentucky shades of greys,” and someone’s “lickin’ lies [that] cost us our trust.” The same person’s “beating heart is beginning to rust.” It’s all minor keys in every possible way.

Spare, reverbed-out guitar abound on “Rolling Tides.” It might be the most important track on the album.

I like calling songs “mission statements,” but Ancient Warfare doesn’t have one on The Pale Horse. “Rolling Tides,” though, does a damn good job of encapsulating what they are all about. It’s long, but it doesn’t wear out its welcome. It’s theatric, but not cloying. It’s big, but it still feels claustrophobic.

It’s perfect, and it definitely feels like the last song on the album, but Ancient Warfare gives you “Wintertimes.” The guitar is oddly buoyant, given everything that has happened previously.

“Do you think that you’re free, when I’m just out of reach? Like the wintertimes come and go.”

“Do you think you could take out the trash? These fuckin’ flies keep coming back… Like the wintertimes.”

Rarely do such sentiment sound so menacing. Ancient Warfare simply wasn’t done with the listener.

After thinking about it, Ancient Warfare is a band from another dimension. The Pale Horse is their document of the end. They recorded how “overhead, without any fuss, the stars were going out” for us as part warning, part prediction, part comfort, in a time of coming peril. Ancient Warfare didn’t name the album The Pale Horse because it sounded cool.

Hailey n Em are killin it at Treat Yrself fest in Philly!

The Pale Horse, released August 11th, is available on Amazon (mp3), via Alias Records (vinyl) or here (CD). Their summer tour just ended, but keep an eye on Ancient Warfare’s website for more information on upcoming shows, at which you will likely be able to buy the album from the merch table.