Big and small, young and old, from all walks of life coming from around the world to celebrate liberation, hard fought and never ending with colors abound. The world came to New York for World Pride 50 to salute fifty years hence the Stonewall Movement,  when gay rights began.

Sunday morn’s Queer Liberation March followed by Gay Pride’s colorful march down Fifth Ave, through the West Village past the Stonewall Inn ablaze with color, signs of protest, signs speaking of the continual struggle for equal right to be.

Hundreds of thousands lined the route, witnessed the world’s LGBQT community march on this beautiful summer day in NYC. A day all will remember, for those who fought and continue the fight, for those who march and those no longer marching. 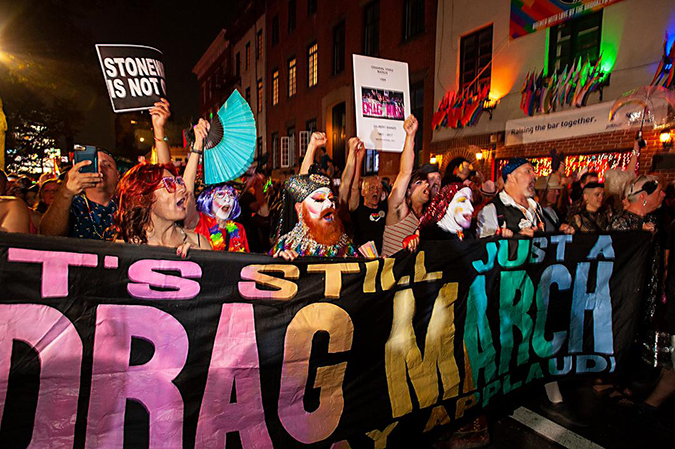