New York City is a fight town and there was action on Friday night, September 5, when Uprising Promotions held six professional boxing bouts in Fort Greene, Brooklyn where a few were making their debuts as professional fighters.

We had been at the U. S. Open the night before, watching Federer recover from two sets down in his thrilling match against Gael Monfils. Tonight, we walked into the intimate ballroom at the Brooklyn Masonic Temple that offered great sight lines and even better action. 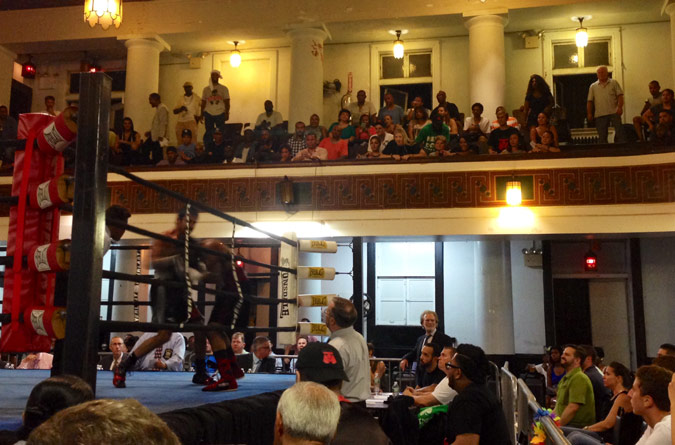 The crowd – a cross section of locals and out-of-towners – was downright electric matching the energy of the 22,000 spectators in Arthur Ashe Stadium showing their unfailing support for Federer in the quarterfinals. Inside the former Masonic Temple – an architectural jewel steps from BAM – a dazzlingly raw world opened up with beer kegs, homemade fried coconut shrimp, fist pumps, and all the fanfare in and out of the ring amidst a jovial but decidedly competitive vibe. 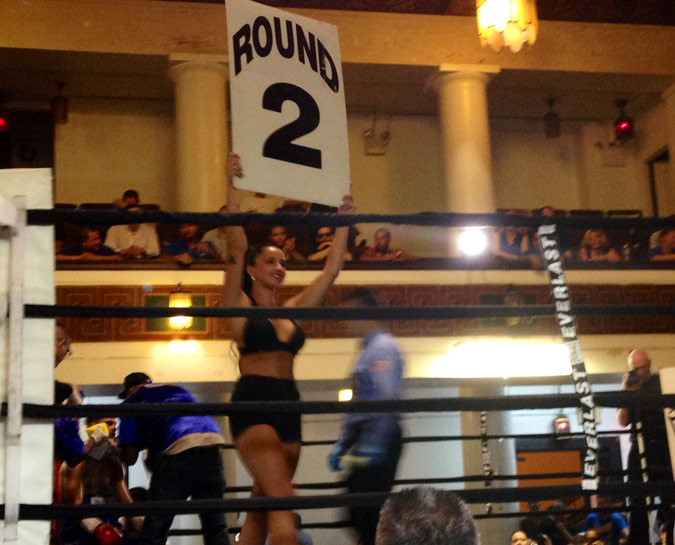 Bout number one lasted 23 seconds after a one-punch knockout. 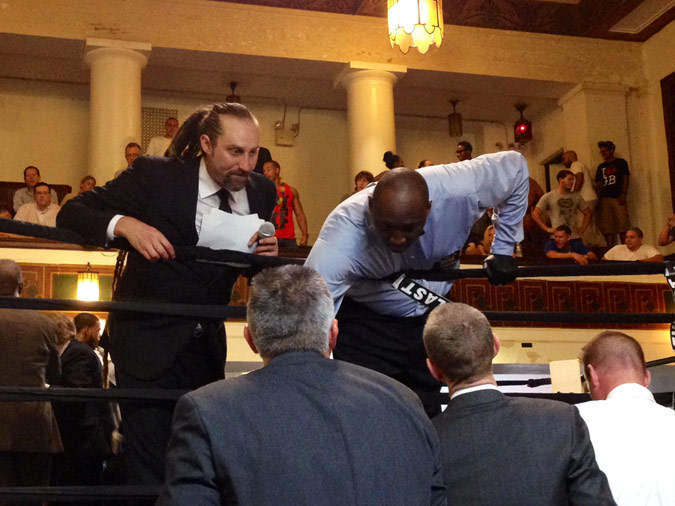 We were there for bout number three for what most considered the Fight of the Night between junior welterweights Italy Martinez and Ian James. It was a brutal first few rounds, Martinez held at the ropes, hardly able to throw a punch, until he began finding openings for some well-timed combinations. They went the entirety of the six allotted rounds. The crowd was on their feet. 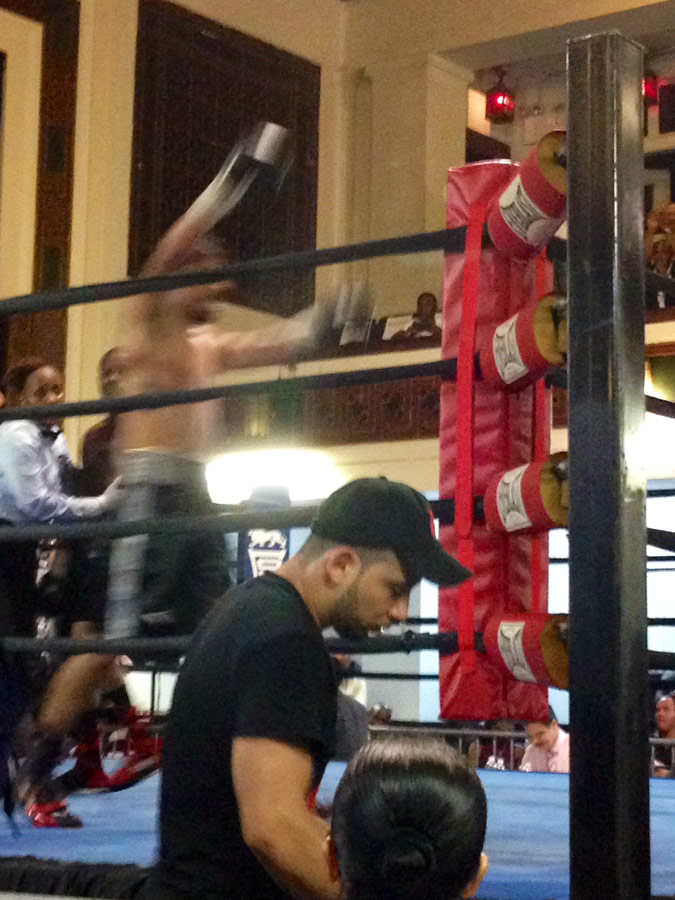 We want a rematch.