I interviewed Margaret Dorsey, an anthropologist who has been studying the Border Wall (the Mexico-United States Barrier), last year, and she told me about her cross-disciplinary work, including a planned art exhibit that she and her partner, Miguel Diaz-Berriga, were organizing. I was recently privileged to go to the opening at apexart, an art gallery in Manhattan, where I found myself in a loud and lively space, meeting artists, art professionals, anthropologists, and all kinds of interesting people, drinking Pabst Blue Ribbon in a plastic cup, and seeing the culmination of Dorsey and Diaz-Berriga’s curatorial work. 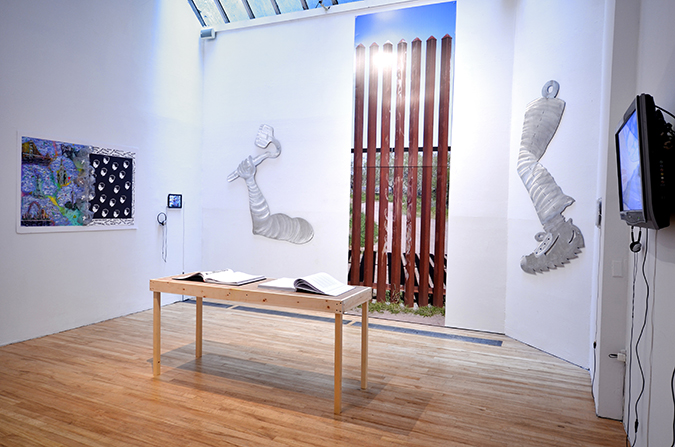 This bilingual exhibition (English and Spanish) features work by sculptors, painters, architects, photographers, and activists, all of whom have focused in opposition to the Border Wall, which they see as non-democratic and injurious to the people of border communities.  They collectively explore ways to re-imagine borders, and ways in which artists and architects can play a role in, and personalize, the ongoing policy debate. 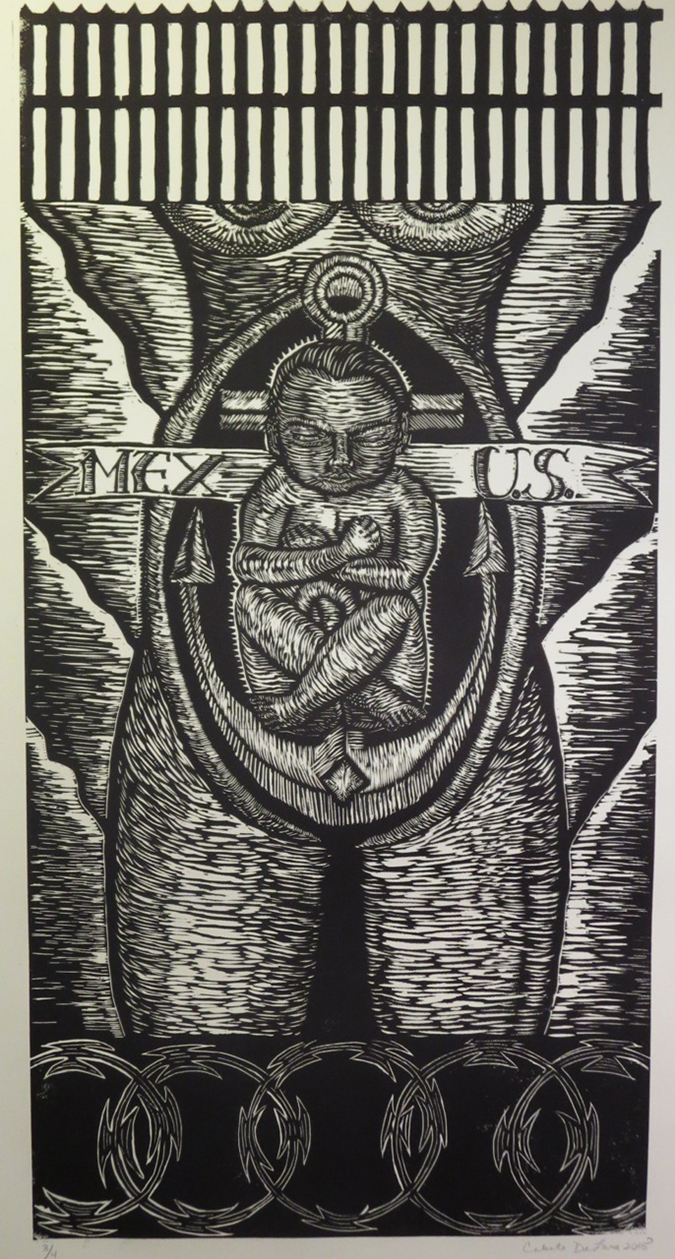 I very much liked Celeste De Luna’s art, which reflects her environment and culture, and brings a strong feminist perspective to the show. I’ve heard the term “anchor baby” used as a slur, used as a joke, and used in serious policy and immigration debate…but I’d never visualized before how pregnancy and childbirth can be rendered a crime in a militarized environment. Her woodcuts are original, bold, and quite thought-provoking, demonstrating a keen intelligence and a much needed humanized perspective on birthright citizenship. 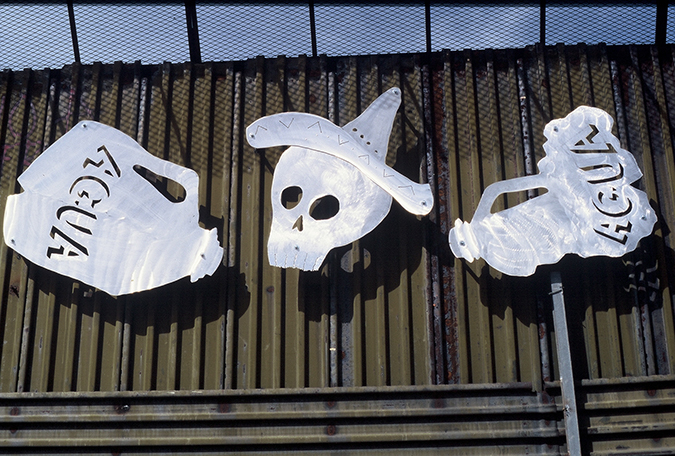 I spent some time speaking with another artist, Alfred J. Quiroz, an art professor at the University of Arizona; his work on exhibition consists of large metallic sculptures, which had been formerly affixed to the Mexican side of the Border Wall. He calls them milagros, which is a word for religious icons, traditionally used for healing purposes and as votive offerings. These artworks draw inspiration from the religious amulets they’re named for, and also serve as a very literal warning to unauthorized border-crossers of the dangers that await them in the desert.

There’s plenty more to see. Architectural re-designs with a humanistic focus instead of a militarized one; photographs of the Border Wall from California to Texas, inviting scrutiny; personal narratives of fear and pain and distrust, and occasionally, humanism and hope. 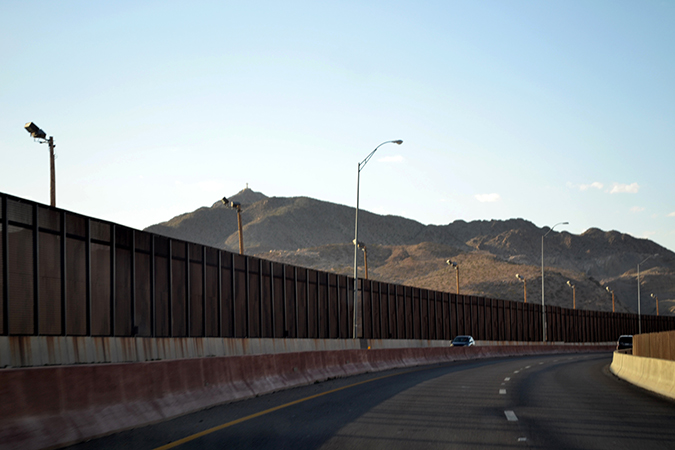 Fencing in Democracy is on display through July 30th and is absolutely worth your time and attention. If you can make it on the evening of June 8th, there will be a discussion, led by Scott Nichol of the Sierra Club, on the Border Wall’s impact on the environment, bringing yet another perspective to the discussion, one not generally addressed in national debates.

Images for Fencing In Democracy courtesy of apexart and participating artists.