Venezuela: President Nicolas Maduro declared a 60-day state of emergency on Friday, and extended a state of economic emergency, to protect the country from purported foreign and domestic threats.

Without giving details, the Venezuelan president was accusing member countries of the Organization of the Petroleum Exporting Countries and the United States for plotting to topple his government.

Venezuela’s opposition is seeking a referendum to recall the president.

While 1.8 million Venezuelans have signed up in support for the recall referendum, four million more signatures are required for the referendum to go ahead.

For more we go to this Financial Times report:

Canada: Prime Minister Justin Trudeau introduced a law in the House of Commons on Tuesday to protect transgender people against discrimination.

The legislation will prohibit discrimination on the basis of gender identity in the Canadian Human Rights Act.

According to the New York Times, the legislation will cover both gender identity (how people define themselves) and gender expression (how people choose to act, dress or otherwise display their identity).

Furthermore, hate speeche against transgender people will be made a criminal offense.

“Everyone deserves to live free of stigma, persecution and discrimination — no matter who they are or whom they love,” Mr. Trudeau said.

The National presents the following report:

UK: Culture secretary John Whittingdale presented a white paper to the House of Commons on the future of the British Broadcasting Corporation (BBC) last Thursday.

The white paper demands greater transparency about the public broadcaster’s star salaries and a greater commitment to diversity and “distinctiveness” on its productions.

The white paper, however, is seen as the government’s attempt to exert control over the broadcaster.

Sticky issues include the proposal for the government to be able to appoint six directors on a new BBC executive board, along with greater oversight by the National Audit Office.

The new policy will make half of the BBC’s governing board, including the chair, deputy chair, and four others – representing the nations and regions – appointed by the government.

BBC’s director general Tony Hall said, “We have an honest disagreement with the government on this.”

Technology: Facebook’s chief Mark Zuckerberg will meet to assure conservative leaders his social media is not biased against them.

Zuckerberg set up the meeting in response to a recent controversial report by the technology blog Gizmodo that mentioned that Facebook workers routinely suppressed news stories of interest to conservative readers from the social network’s “trending” news section.

Zuckerberg denied the claims and promised to investigate, saying that “if we find anything against our principles, you have my commitment that we will take additional steps to address it.” 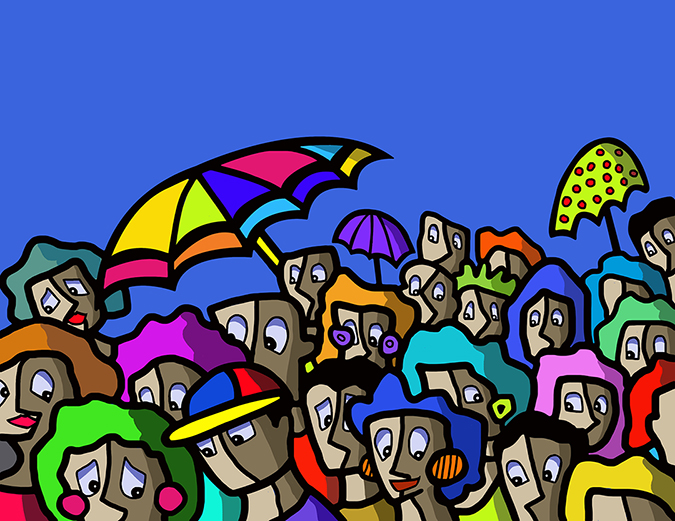 This Day in History – March 23 – Hijinx, Humor, and Insight

This Day in History – March 22 – Hijinx, Humor, and Insight