Back in 2007, Adamu Waziri realized that children’s television in his home country, Nigeria, was full of imported shows from other countries, with no link to Africa; there was no place for the children of Nigeria to see cartoon children that looked like them. As he is convinced that children’s media is important for shaping minds, and that kids aged one through six are particularly impressionable, he resolved to give them something else to watch: something that reflected them. He is busy rectifying this imbalance with the cartoon he created, Bino & Fino.

I watched some of their episodes…and it’s a really adorable show, featuring a brother and sister living in a modern day city in Africa; with the help of their friend Zeena the magic butterfly (and who doesn’t need a magic butterfly in their life?) they learn about the world, with a focus on African culture, African history, and African geography. Adamu Waziri was kind enough to answer some of my questions about his show and the future of these characters; as he’s in Nigeria and I am in the USA, we thought it easiest to do this over e-mail. 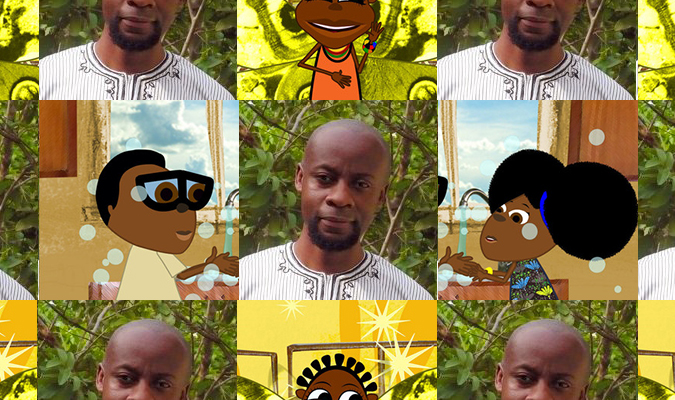 Is Bino and Fino currently being broadcast in Nigeria (or anywhere else), or is it only available on YouTube and on DVDs?

We had a limited run in Nigeria, South Africa, and the UK. We have a wonderful global audience and fan-base in Europe, Asia, the U.S., South America, and the Caribbean that watched episodes from season one on YouTube, but this season we are looking to get broadcast in the U.S. Our DVD 2 will be available on August 15th, but everyone can pre-order. 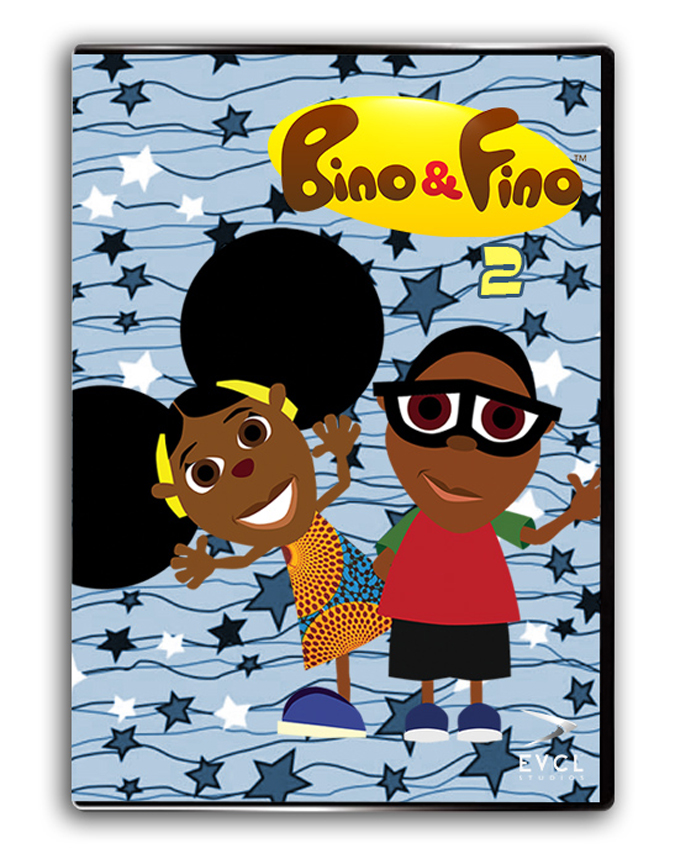 What do you envision for these characters and this show in the future?  Is it proving popular in other English-speaking areas, and/or among the Nigerian diaspora?

We envision for Bino and Fino to be in many households and schools throughout the world. Right now there are schools in the U.S. that have added the Bino and Fino show to their curriculum, because our show presents an outlet that adds to their structured curriculum. Through our episodes students learn all the things that that they would in pre-K and kindergarten, such as numbers, colors, counting, but with a global, fun and historical twist. In Season 2 we deal with topics such as history, recycling, culture, empowerment, and science.

It is good to see some positive stories coming out of Nigeria.  In the USA, we tend to hear much more of the bad news about Nigeria: corruption, Boko Haram and its violence against civilians, 419 scams.  I know your intended audience is ages 3-6, but you also get their parents, grandparents, teachers, and caregivers as viewers…are you making a deliberate effort to counterbalance some of that negativity with more positive representations of your country? 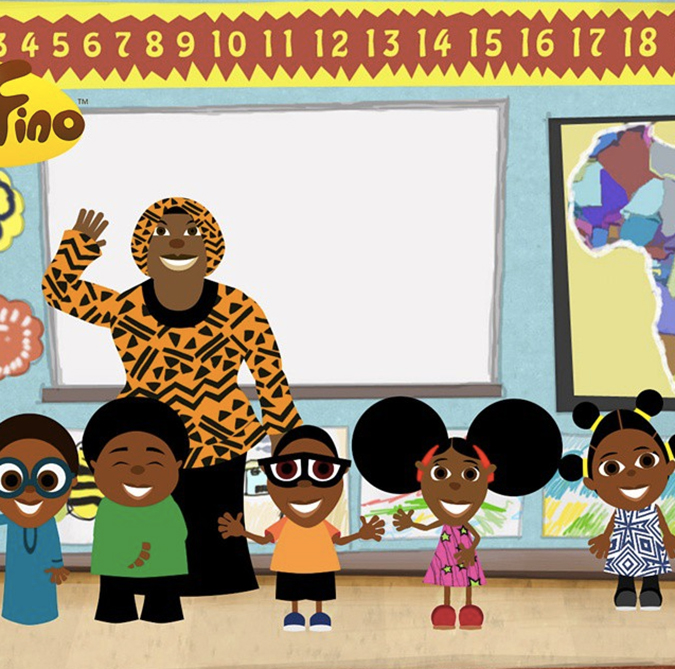 Fair enough! I watched the episode in which the characters are celebrating Nigerian’s independence holiday and was impressed by the gentle and age-appropriate way in which colonial powers were compared to unwelcome guests who weren’t invited, wouldn’t leave, and ate too much food.  Are you going to tackle any more sensitive subjects in ways that small children will be able to understand?

We have some interesting and educational topics that will help parents, teachers and children understand history and many things in an age appropriate way. 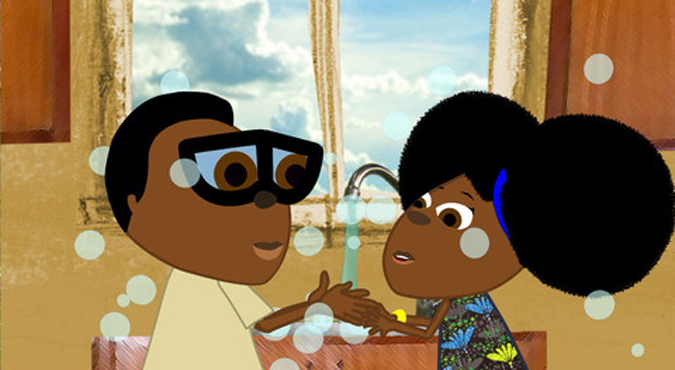 Do you have any plans to create animated shows for older children, or for adults?

We do have a production company. EVCL is our company and we’re open to many things but focused on Bino and Fino right now.

Are any of your episodes going to focus on the diversity of Nigeria: the many different languages, ethnic groups, religions, etc.?

Yes! They are focused on a pan-African approach. We are spread across the whole continent. 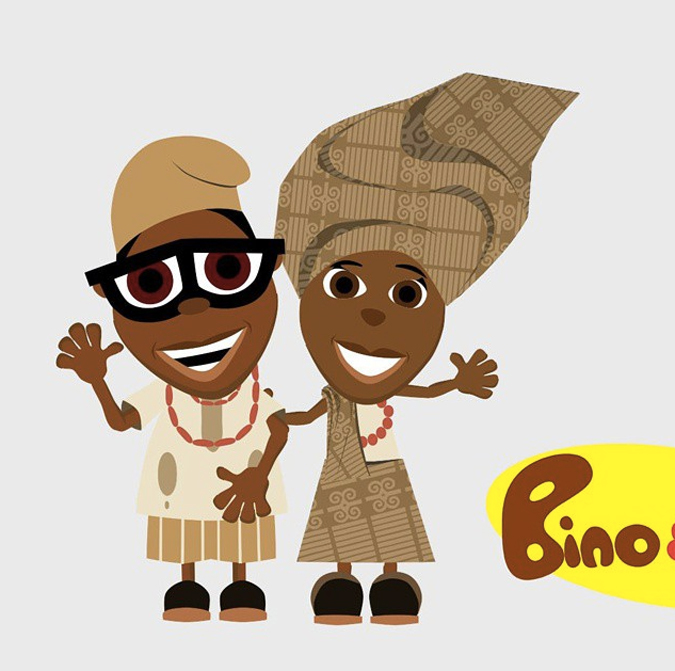 I am a fan of Chimamanda Ngozi Adichie.  Are there other Nigerian writers that you would recommend to our readership? 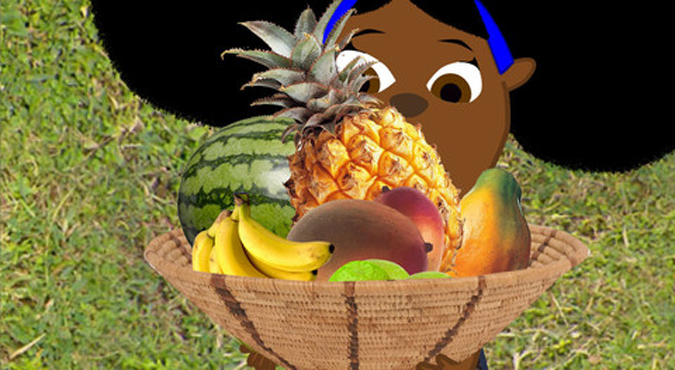 What television shows for children have influenced your work?

A lot have, one being Sesame Street, but we’re more influenced by our culture, surroundings, and the need to balance programming and to make sure no one feels invisible when they watch their favorite cartoons.

What is the best advice you have been given?

There is an African proverb that says “He who learns teaches.” 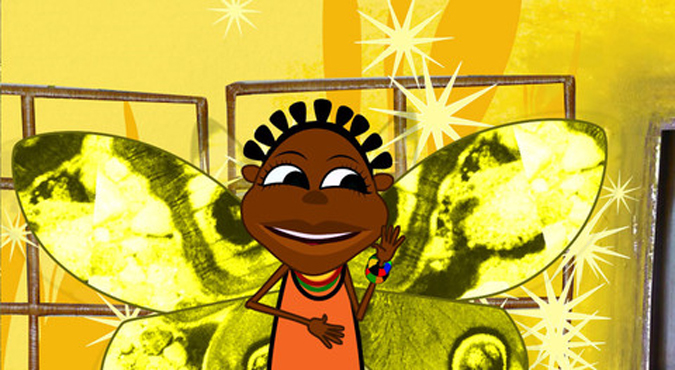 What is a movie (Nigerian or otherwise) that everyone should see?

There are so many, I can’t think of just one.

What is the biggest risk you have taken in life?

Pursuing your dream is always a risk, but a risk worth taking.

Is there anything you’d like to pitch, promote, or discuss?

Yes! We want parents to know that we have a helpful blog on our site that helps parents and educators find information about all things that are African-centered. We also just want to make sure that everyone pre orders their DVD 2 by August 15th. Since the toy collection from Bino and Fino is limited, our fans have to make sure they sign up and pre-order. Any educators and programs centering on the African Diaspora or teaching diversity should contact us if they would like the show in their schools and programs.