The dream of the 90s is alive with Savannah, Georgia super rock band, CUSSES. I am not being snarky. I respect the 90s. My musical palette expanded dramatically during the decade, and I am glad for it.

I am also glad that I have, in 2015, discovered CUSSES: a hard-driving trio consisting of Brian Lackey (below left) on drums, Angel Bond on vocals, and Bryan Harder on guitar. 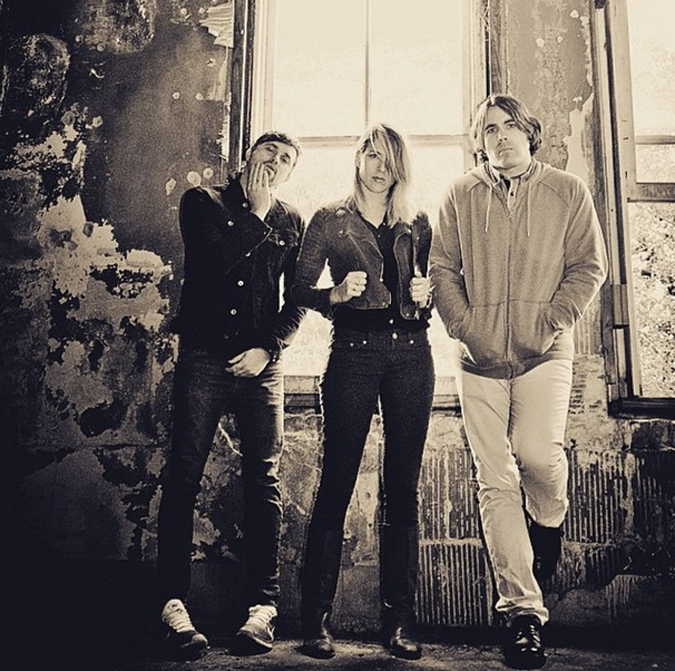 CUSSES formed in 2009, played their first show in 2010, and dropped their s/t debut album in 2012. They have played hundreds of gigs (they are, in fact, on tour now), and rocked the shit out of crowds all over the place.

On June 2nd, the band will be releasing a teaser e.p. called Here Comes the Rat, an effective amuse-bouche for their upcoming album, Golden Rat. 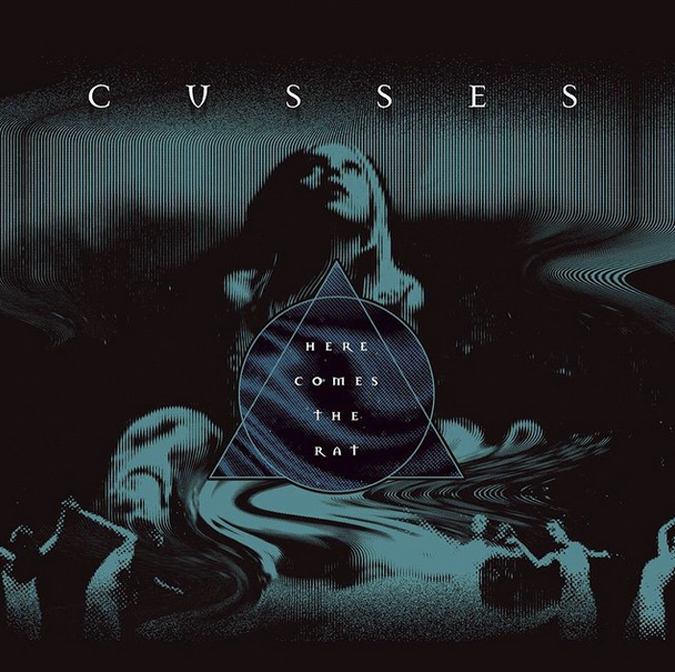 HCtR remembers the 90s. CUSSES crashes your boring-ass party with “Golden Rat,” sounding like a classic lineup version of Rocket from the Crypt (think: “Savoir Faire” off of Group Sounds)–so much so you subconsciously hear the great RFTC horn hits. Those are big shoes to fill, but CUSSES is more than up to the challenge.

“Sally and Her Tassels” kicks you right in the seether with Veruca Salted steel toed boots. Alternating between steady rocking and bursting at the seams histrionics, this track sounds like a big, loud, Bob Rock-produced arena-filler.

The herky jerky “I’m Gonna Get You” is all rock and roll business. When Angel Bond declares, “I’m gonna have you for dinner,” you should be scared/happy/curious/scared again. The off beat rhythm oddly reminds me a bit of Billy Squire’s “The Stroke” mixed with Elastica’s “Connection.” If that doesn’t sound awesome to you, well… I thought I knew you! 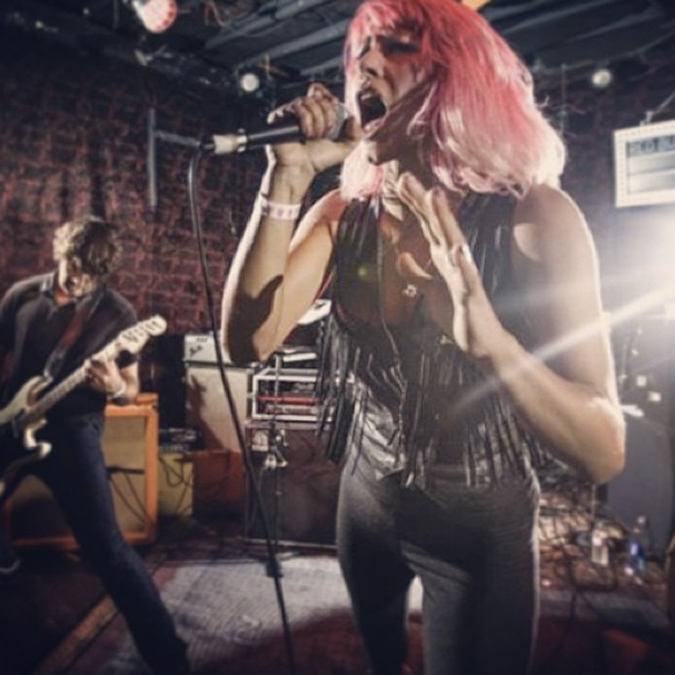 The party comes to an all-too-early conclusion with the cops kicking in the door, and “Teenage Monster” is the sound of the band hauling ass out of there. “I’m gonna haunt ya, haunt ya, you little teenage monster.” After HCtR’s four short cannon shots across the bow, you won’t even doubt it.

King Kong has busted loose, dancing shoes are smoldering, and you are left wondering where the CUSSES have been your whole life. They sound familiar, but strangely out of place in the best possible way. Like the best appetizers, HCtR leaves you wanting more, and CUSSES seem ready to give it later on this year with their second full length.

For the time being, you can find their music on iTunes, Amazon, and more than likely on tour, but as they say on their own site, “we encourage you to BUY LOCAL!”