My kids had a week off from school recently and rather than take them on a trip, I thought we’d stay local and explore some of the cultural attractions nearby. And as my younger daughter (age five) is very serious about dinosaurs, what better place to go than the American Museum of Natural History?

It’s hard not to have a good time at the Museum of Natural History—there’s so much to see that you can’t take it all in, at least not in one visit. (If you live nearby, paying for a year of membership is a good idea, and it’s also a nice way to support the museum and all of its work.)

Seeing the gigantic blue whale suspended from the ceiling is, of course, a must. As I kid, I was quite nervous going underneath the thing, and for good reason: it weighs 21,000 pounds. (Must be a very strong steel pipe holding it up.) There’s a 34-ton meteor to get up close and personal with. And scales to get on if you want to see what you’d weigh on the moon, or on a neutron star. And a cross section of the trunk of a giant sequoia, once 300 feet tall, cut down in 1891 (a crime against Mother Nature if there ever was one), showing 1,400 years of wood rings. The Hall of Biodiversity celebrates the beauty and the wonder of the various forms of life on earth, and it’s exquisite. My older daughter (age 12) was sad to see that the gems and minerals section was closed—but it’s a reason to go back, as they’re currently undergoing a major renovation. There are dioramas with taxidermy animals of all kinds, amazing (especially if you’re five) to behold. And we loved checking out the butterflies…you have to go through double doors on the way in and out to make sure they don’t escape their enclosure, and inside, you are surrounded by beauty on the wing. And of course there are the dinosaurs! There are plenty of dinosaur fossils to be found and you can check out the allosaurus, apatosaurus, velociraptor, stegosaurus, triceratops, and many more, much to the delight of many of the museum’s younger visitors. We were also lucky enough to be there for a special exhibition called T. rex: the Ultimate Predator. It will be there through the summer of 2020, so there’s plenty of time to plan a trip if you’ve got a dinosaur enthusiast in your life. The baby T-Rex is, at least in this rendition, rather sweet looking: small and covered with feathers (yes, the dinosaurs were closely related to birds). But they grew fast, and at their full size weighed 18,000 pounds. At five, my younger daughter was too young to check out the virtual reality game in the exhibit, but the full wall depicting the animated dinosaurs was frightening and fascinating to her in equal measure. All in all, it was an excellent way to spend a day in NYC.

That same week, we also checked out the Bronx Zoo. We happened to go there on a Wednesday, because the weather was fine. We did not realize, having failed to do our homework, that Wednesdays are free admission days at the Bronx Zoo. So, word to the wise: if you are traveling on a budget, I highly recommend that you go on a Wednesday. It is a public amenity, and it is all yours. Bring all of your friends and relatives. If you would rather have a less crowded experience and pay more, I recommend instead, that you go on any day of the week except for a Wednesday. Fools we may be embracing the worst of both worlds, but on that Wednesday we ponied up, not just for admission, but for membership, with the optimistic thought that we’d likely return within a year’s time, and the generous thought that as we could afford to pay the price, we might as well help subsidize those who weren’t as fortunate.

In any case, although the zoo was crowded (as it is, apparently, every Wednesday), it was full of very happy people: families with babes in arms (who would never remember the trip but who were enjoying it nonetheless), enthusiastic children excited to see the animals, teenagers who were almost as enthusiastic as their younger relatives, and even a pair of animated young gentlemen dressed in safari gear, complete with pith helmets, taking selfies and having a terrific time. (At first we thought they were zoo employees, but no, they were just getting into the spirit of things.) Even when crowded, the zoo is a lovely place to be in nice weather. We took a camel ride. We rode on a bug carousel. We saw giraffes and bison and antelope and lions and flamingos and butterflies (again, in an enclosure with double doors) and sea lions and peacocks (which just roam around uncaged—in fact, I think they may actually run the place) and lemurs and zebras. And—much to our pleasant surprise, there were dinosaurs there, too! There’s a “dinosaur safari” featuring animatronic dinosaurs, which may well be just the thing for your own small dinosaur fan. It’s open through November, features about 40 or so of the fearsome beasts, and comes with a field guide which describes the various dinosaur species and compares them with living animals.

One of the great things about proximity to NYC is the opportunity for such day trips as the Museum of Natural History and the Bronx Zoo. And one of the great things about growing up in the vicinity of NYC is the many memories of these iconic places that you make over the years. When I was very young, and a student in the Bronx at P.S. 81, my class (kindergarten or first grade, I can’t remember) took a field trip to the Museum of Natural History. We went to one of the halls of the cultures of North America, learned from museum staff about rain dances, were led to do a rain dance, emerged later that day to catch our bus back to the Bronx, discovered that it was in fact raining out, and felt quite responsible for that turn of events. I’ve been back since then, I’ve no idea how many times—as an older kid after we’d moved to the suburbs with my family and some of the neighbors, in eighth grade when my junior high school class was studying anthropology, with my law school roommate from Chicago who had never been there before, with my older daughter when she was small, and with her fifth grade class as a parent chaperone. Go check these places out, and make some memories. 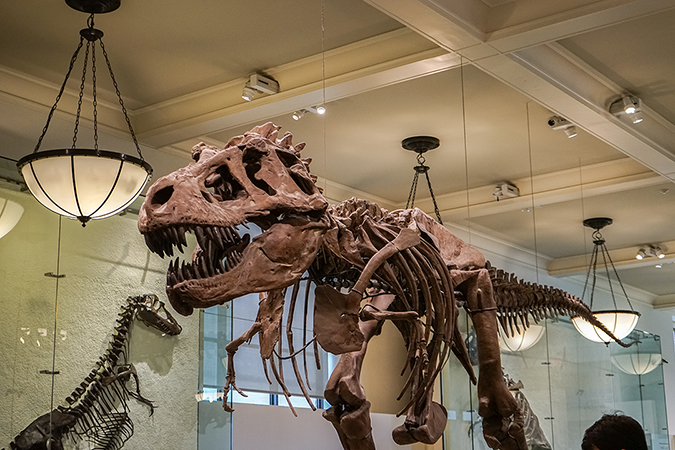