On a whim (I’d seen a flyer at a local shop), I attended a meet the author event at the Pequot Library to see Peter Sís give a talk, answer questions, and sign copies of his books.  I didn’t know who he was, but read that his latest book was The Pilot and the Little Prince: The Life of Antoine de Saint-Exupéry, and since I’m a big Saint-Exupéry fan, it seemed like a good reason to get out of the house on a Sunday afternoon.

I am ever so glad I did, because now I know who Peter Sís is, and he’s very much worth knowing about.   Born, as he explained, in a country that no longer exists (Czechoslovakia), he became fascinated by western culture as a teenager, when Allen Ginsburg came to Prague, and thought of the U.S. as a fantastical place where people listened to rock music, wore blue jeans and long hair, and enjoyed beat poetry and basketball.

He studied art, travelled a bit in Europe working on animated films, and did come to Los Angeles in 1982 to work on a film concerning Czechoslovakia’s participation in the Olympic games.  When the Soviet Union then decided to boycott the Olympics, he was directed to return home, but defiantly remained, seeking asylum in the United States, and six years later becoming an American citizen.

Thanks to the influence of Maurice Sendak, who was impressed with his portfolio, he moved to New York, and began a very successful career as a children’s book author and illustrator.  (Of course, it was a grand adventure getting there…driving across country and asking a state trooper in Texas for directions to New York City was a highlight.)

As Sís (pronounced “cease”) spoke about his life, his books, and his family (he has an American wife and two children, now grown) and showed the audience slides of his artwork, he explained how personal his books were, basing them on interests of his children and his father, and also in wanting to create beautiful publications and to educate, even the very young.

His 1987 book The Wall is a memoir, aimed at young readers, describing life behind the Iron Curtain in way that they can understand.  It was, at least partially, an explanation to his own children of the life that their father left behind.

I purchased his latest book, which is a truly lovely tribute to The Little Prince, and his Starry Messenger: Galileo Galilei: both are going under the Christmas tree for my daughter this year.  She’s eight, and I think the right age, but these books (like many of the best children’s books) are a bit timeless: you can read them aloud to smaller children, independent readers can enjoy them on their own, and older children and adults can read the finer print and learn more.  Any reader of any age can appreciate the beautiful artwork.

I was feeling rather culturally ignorant, having somehow missed all of the gorgeous illustrations and writing in all my many years of reading books, until I saw the slide depicting “The Whale”.

And there I recognized an old friend from the NYC subways.  Gale R. Dumlao summed up its fascination in an essay that, I think, speaks for many of us: “The whale was a familiar and comforting presence in the train.  Many a commuters’ ride was at least made interesting by its presence.  I was held captive by Sís’ whale drawing again and again.  I welcomed scrutinizing each minute detail the whole subway ride home when I was caught without a book to read, CD music to listen to or when I got sick and tired of the Dr. Zizmor derma ads.  This artwork was the most apt depiction of Manhattan in the same way that E.B. White’s classic essay, ‘Here is New York’ best captures the quintessential Manhattan.”

There is something magical about public art…it brings people together in a way that little else can.  Sís is undoubtedly most famous for “The Whale,” although the creation of a tapestry hanging in the Prague airport of his image of Václav Havel, “The Flying Man,” is now a close second.  That installation was funded by Art for Amnesty, Amnesty International’s global art project.  I hope someday to see it in person, because although the picture on a screen is lovely, I do not think it could possibly compare with seeing it in its 16” by 14” size.

His next project is a book coming out in the spring, published by Scholastic, Ice Cream Summer, and, he tells me, full of summer, colors, and ice cream for little kids.  His fans (and I now include myself among them) are eagerly anticipating it.

Sís graciously agreed to answer a few of my questions.

Above Video Courtesy of Amazon Books

I locked myself out of my studio. 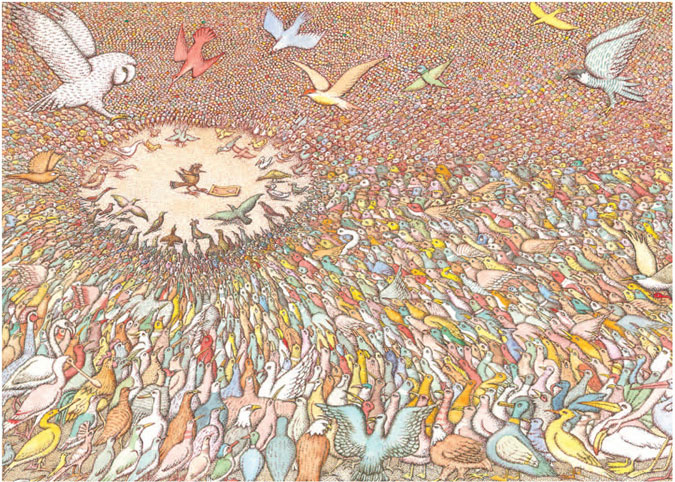 From The Conference Of The Birds

I wish I’d been nicer to my grandmother.

Q: What do you call a penguin in the desert?

That I was born in Moravia (a region of the Czech Republic) so I am Moravian. 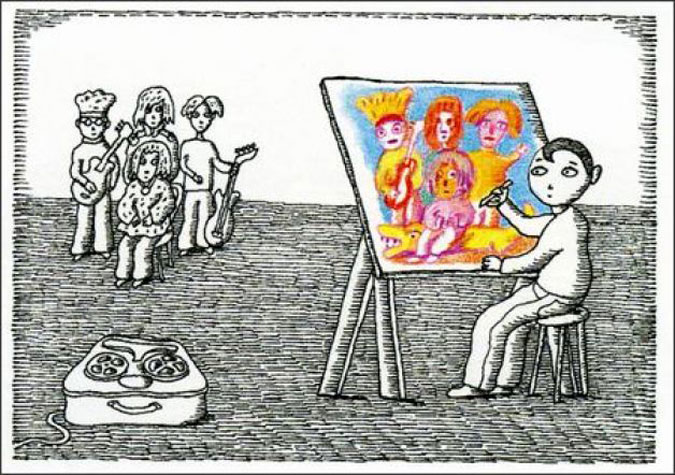 From The Wall: Growing Up Behind The Iron Curtain

That all people are created equal…

I have a little ivory whale my daughter gave me for good luck in my pocket. 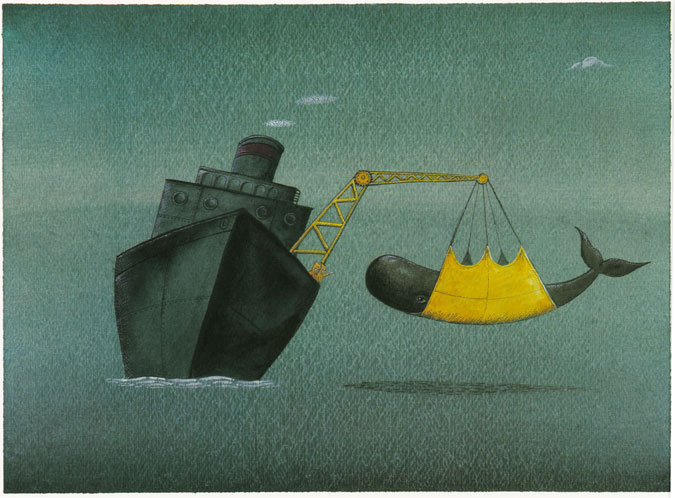 From An Ocean World

10. Last, but not least, is there anything you want to pitch, promote, or discuss?

and Arts for Amnesty: http://www.amnesty.org/en/art-for-amnesty/about 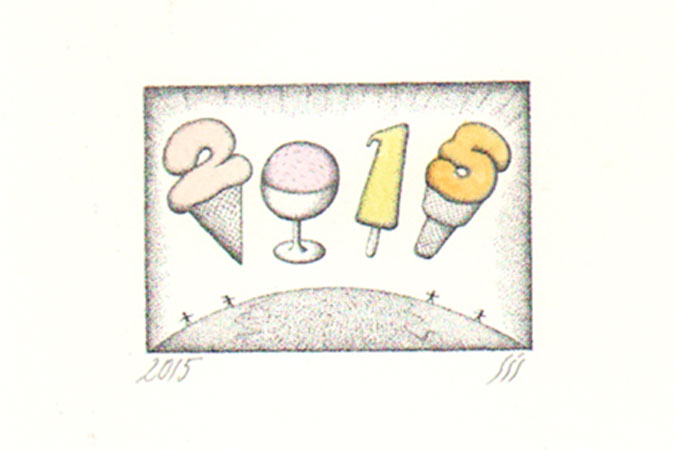