NOVEL: A Gentleman in Moscow

This book is nothing if not elegant. It’s beautifully written. Amor Towles is a gifted, graceful writer. His words, much like his protagonist, are thoughtful, erudite, and sympathetic.

The story concerns Count Alexander Rostov, sentenced in 1922 to house arrest at the Metropol (a grand hotel directly across from the Kremlin in Moscow). He’s summarily moved from his comfortable suite to an attic room with his books, his father’s old desk (containing, unbeknownst to the Bolsheviks, gold pieces in a hidden compartment), and a few other remnants of his old life, as he begins his new life as an Former Person.

He remains at the Metropol until 1954. At first, lonely and in despair, at one point suicidal, he adjusts to his reduced circumstances, and gradually, Count Rostov and we, the readers, discover a world within the hotel: colorful characters, true friendships, delectable meals, moments of almost indescribable beauty, adventure, and love.

It’s all very romantic and hard to resist, and Count Rostov behaves, throughout, as a perfect gentleman, uncomplaining (barely even acknowledging his predicament), charming, living true to his principles, appreciating good conversation, good wine, and wise books. Beyond the doors of the hotel, one of the most brutal regimes of the 20th century was busy killing tens of millions of people. In the novel, the horrors take place largely in the footnotes, or as authorial asides; there are no scenes set in the gulags or among the famine victims, although some of the characters have horrific fates, including an idealistic young woman and a dissident poet. From the novel, dryly: “Let us concede that the early thirties in Russia were unkind.” (I recommend reading this one on paper; the Kindle version leaves out much of the historical detail buried in the footnotes. Besides, an old-fashioned story should be read in an old-fashioned format. Preferably with a glass of fine wine at hand.)

The prose is gorgeous, the story captivating, the conceit original. And yet…it’s a cream puff of a story, an essentially lighthearted look at a privileged man in a luxurious setting under a malevolent government. Is it a lesson for us in holding on to civilized society in an uncivilized time? Is it a delusional nostalgia for an idealized past that never was? Is it about the strength of an individual surviving and thriving, and quietly resisting, keeping order while chaos rages outside? I’d love to meet the author and ask him these questions. If he’s anything near as urbane, sophisticated, and articulate as his creation, I’m sure he’d have some interesting things to say. 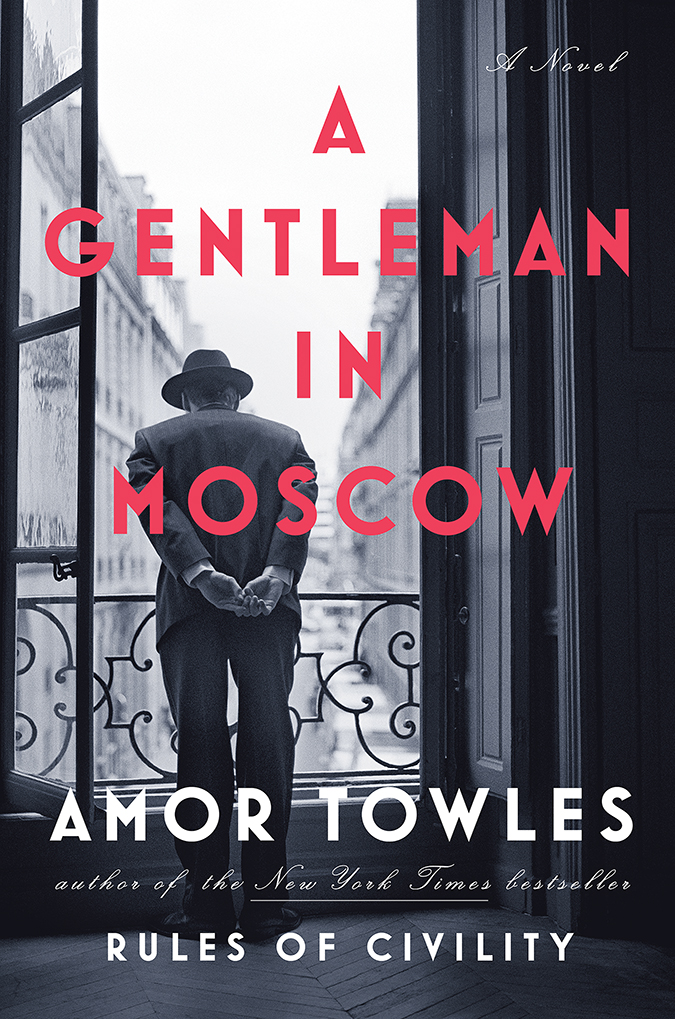