BOOK: A Journal of the Plague Year

As I write this, we’ve been socially distancing for over a year.  And I’m not sure, honestly, whether it is now the best time or the worst time to read A Journal of the Plague Year, an account of the Great Plague of London in 1665.

In any event, I found it fascinating.  This book describes the last major outbreak of bubonic plague to hit London, which killed something in the range of 100,000 people.

My friend and NewsWhistle colleague Amber Waves often remarks, when visiting various countries or reading about history, that nothing really changes. And of course some things change from place to place and year to year: fashions, humor, technology, and so on. But people really don’t change much no matter their time and location–wherever and whenever you explore, you will find brilliance and gullibility, honest people working hard, selfish and opportunistic characters, petty arguments, leadership, wisdom, love, prejudice, violence, charity: all of the wonderful and terrible things about us humans. And so it is in 17th century London.

Interestingly, scholars are in disagreement regarding how to categorize A Journal of the Plague Year. Some consider it historical fiction (Defoe was only a young boy when the events of this book took place and likely based it on records from an uncle). Others call it non-fiction–the uncle’s journal, edited and published years later by the nephew (who was a journalist for years before he was a novelist). Others characterize it as a combination–reportage with a fictionalized overlay to give it a narrative interest. Regardless, the depiction of the pandemic is historically accurate and meticulous in its details–there is truth here. Whether it is comforting or not to know that contagions, and our collective response to them, are rather consistent throughout history, and how little has changed (despite our current understanding of germ theory and improvements in medical science), will depend entirely on the reader.

Rumors spread. Perhaps you thought urban legends were a new thing?  (“That wherever it was that we heard it, they always placed the Scene at the farther End of the Town, opposite or most remote from where you were to hear it.”)

The wealthy fled, including the royal family–they settled in Oxford to avoid the plague. “Nothing was to be seen but wagons and carts, with goods, women, servants, children, coaches filled with people of the better sort, and horsemen attending them, and all hurrying away.”

Many of the poor fled as well, although some were then doomed to starvation, as they could not gain admittance to other towns or find shelter.

Local government officials worked relentlessly to bury the dead, keep order in the streets, slow the spread of disease, and allay fears.

Charitable contributions poured in to keep the terrified and suddenly unemployed populace from starvation.

Charlatans offered miracle cures; these did not work.

Food delivery continued from the countryside to the city, even through the worst of the crisis. (Essential workers aren’t a new phenomenon, either.)

Casualty figures were manipulated, as deaths increased dramatically but many deaths were initially attributed to other causes.

The hedonistic and nihilistic set to drinking heavily, and perished.

The busy city streets “which were usually so thronged, now [were] grown desolate.”

The specific tales of suffering and grief are so painful as to be difficult to read.  The description of the mass graves is harrowing.

Three hundred and fifty years later, we could stand to learn a great deal from Defoe–about what public health measures did and did not improve the situation, the shortsightedness of government, business, and individuals who failed to plan and did not take the danger seriously until it was too late,  and the importance of social distancing and contact tracing.   We don’t know yet what lessons we’ll learn from the COVID-19 pandemic, but we can hope that the collective wisdom is written down, remembered, and applied again when needed.

RATING (one to five whistles, with five being the best): 3  1/2 Whistles

HOW TO PURCHASE: You can read it for free on Project Gutenberg, or purchase the Penguin Classics edition (which contains some good information in the appendixes) on Amazon. 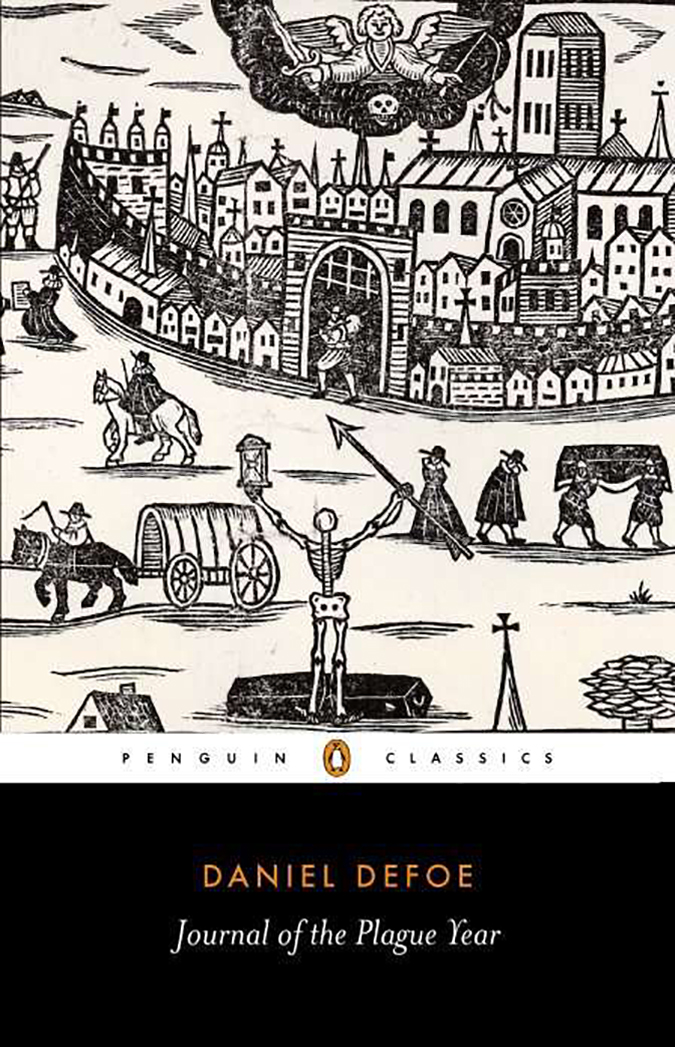