Eleanor Oliphant is not fine, not fine at all.  Gail Honeyman is a good writer, though, and she’s created a rather remarkable character here in her debut novel.  I am somewhat mystified by the reception this book has received–my copy has a blurb by Reese Witherspoon on the cover: “Beautifully written and incredibly funny.”  (She selected it for her book club, and her production company has optioned the film rights.)  Inside, we have a quote from Bustle, “Sweet and satisfying…” and from the Skimm: “Warm and funny.”  BookPage praised it with “a captivating debut…a must-read for those who love characters with quirks,” and the Minneapolis Star Tribune called it “A touching, funny novel.” On the back cover, a quote from People: “A wacky, charming novel…hilarious and moving.” And from Janet Maslin, the New York Times: “A charmer…satisfyingly quirky.”

Sounds heartwarming, then, yes?  Well, yes, and no.  Eleanor Oliphant, our heroine, is lacking in social skills, struggles with her isolation, and in the course of this story gets a makeover, makes some friends, comes out of her rigid, regimented life, improves her apartment, and grows as a human being.  In most situations, she’s a fish out of water (although she would possibly be confused by that expression, literal as she is) and there’s inherent humor in her observations of life’s absurdities and her general indifference to social norms.  But her character is inconsistent–confused by many of life’s basics, and utterly devastated by an adolescent crush on a man she doesn’t know, she somehow graduated college as a classics major and held down an office job for years.  It’s the same sort of inconsistency that goofball characters have in sitcoms–sometimes they are merely ditzy, and they do at times manage to come out with something innocently profound, and yet at other times they are seemingly too dense to dress themselves in the morning.  This variable level of capability, in my opinion, is more forgivable in a sitcom than in a novel which takes on serious themes.

And we do have serious themes to contend with in Eleanor Oliphant.  She’s not just awkward–she’s got unresolved childhood trauma, she’s been the victim of intimate partner violence, she’s a high-functioning alcoholic, and her social isolation is chronic and profound.

While I love the optimism and the sweetness of Eleanor’s journey towards a better life, it just doesn’t ring true to me as a realistic narrative arc. It takes more than a kind coworker to turn a severely troubled life around.  Friends are terrific, but friendship isn’t a cure for mental illness.  Her serious issues are resolved far too smoothly and neatly.

That’s not to say that a reader can’t relate to Eleanor: a certain level of alienation is part of the human condition, I think.  Everyone can understand, to a certain level, her confusion regarding social rituals, the discomfort of small talk with strangers, the agony of the party where you don’t fit in.  She’s actually a quite endearing and engaging character–lacking in self-awareness but still open to change, willing and wanting to change for the better, bravely and determinedly keeping her past abuse out of her mind.  Her discoveries of the simple pleasures of life, the social niceties that comfort, the most basic of family ties, are truly moving.

I think it would have been a better novel had Eleanor’s psychological path been more realistic–had the character initially been less damaged by her past, or had her recovery from her horrific experiences been treated in a less perfunctory way. So, at least to me, it’s an odd book with an inconsistent tone, which could have been a better, darker story, or a better, lighter story.

By all means, though, give it a try.  I’m rather curious to see how this book is translated into film and whether a different medium makes the story work better. In any case, let’s hope it may inspire us all to be kinder, to check in on our lonely acquaintances and co-workers, to be a friend to someone who needs one. Because you don’t have to be as dysfunctional as Eleanor Oliphant to need a little help in this life. 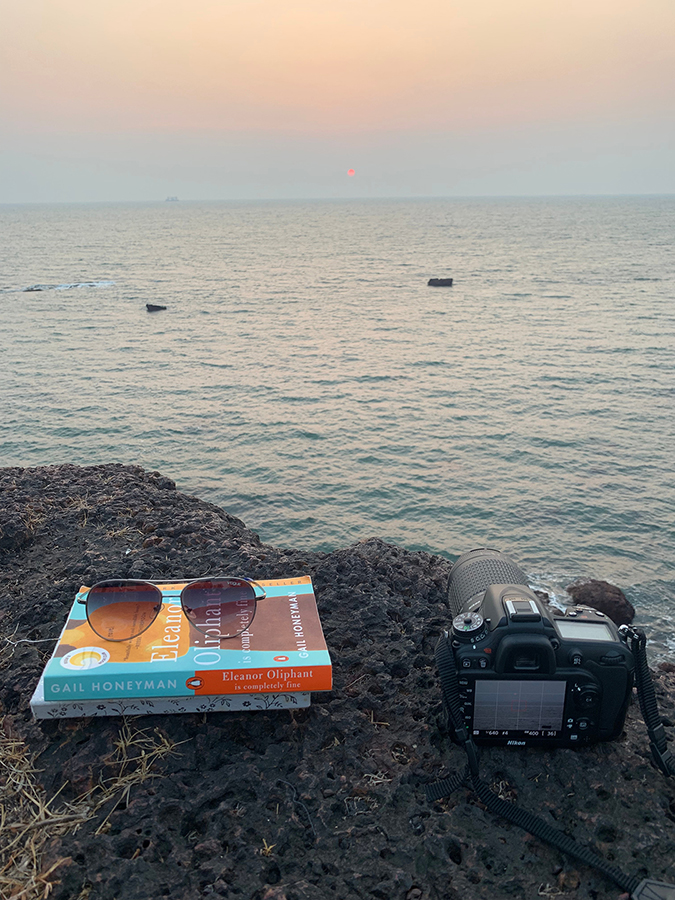