BOOK: Everything Happens for a Reason–and Other Lies I’ve Loved

Everything Happens for a Reason–and Other Lies I’ve Loved is a sad story.  It is also an extremely funny story.  And it is very much a real story.  In this memoir by Kate Bowler, young mother and academic specializing in the history of Christianity, she receives a diagnosis of Stage IV colon cancer and finds her life instantly and irrevocably changed.

She had been studying prosperity gospel, a theology that many Christians consider heretical.  It’s a doctrine I’ve always been rather dismissive of, the idea that faith and virtue would guarantee wealth and happiness, as surely anyone with eyes can see that nothing can assure protection from misfortune–saints and sinners alike experience grief, and heartbreak, and are victims of crime and accidents.  The poor can’t, in any fairness, be blamed for their poverty, and the rich are certainly not always admirable. (Secular versions of this type of thinking, popularized as the Law of Attraction and touted in books like Think and Grow Rich and, more recently The Secret, offer pseudoscience instead of God’s worthy plan but have the same idea at heart–that the individual can control his or her destiny.)

Ms. Bowler has a more generous take than I do on this phenomenon. Yes, she concedes that the prosperity gospel encourages its leaders to buy private jets and mansions as evidence of God’s favor.  But, she explains, “…I also saw the desire for escape. Believers wanted an escape from poverty, failing health, and the feeling that their lives were leaky buckets. Some people wanted Bentleys but more wanted relief from the wounds of their past and the pain of their present. People wanted salvation from bleak medical diagnoses; they wanted to see God rescue their broken teenagers or their misfiring marriages…They wanted a modicum of power over the things that ripped their lives apart at the seams.”

Her diagnosis and sudden plunge into uncertainty about her future, facing the loss of her life and what it would do to her family, brought her up short.  No longer certain of her way, or even if there was a way forward, she had to face the limits of this theology and of her own human agency.

A friend whose husband was recently diagnosed with stage IV cancer told me that this book captures the dislocation, confusion, and messy reality of the diagnosis. There’s anger.  There’s magical thinking.  There are worries about money, insurance, experimental treatments.  Kate Bowler took up cursing for Lent.  She yelled at people with good intentions who spouted useless platitudes. She learned to live in the short term.  “My well-laid plans are no longer my foundation. I can only hope that my dreams, my actions, and my hopes, are leading a trail for Zach and Toban [her son and husband], so, whichever way the path turns, all they will find is Love.”

In keeping with her generous spirit, the author’s appendices give some extremely practical  advice about what you absolutely should not say to people experiencing hard times (for example, the dreaded “everything happens for a reason”), as well as some good and helpful alternatives.

Kate Bowler is still with us now, fortunately for her, her family, her friends, her students, and her readers. I hope that she has many more years.

RATING (one to five whistles, with five being the best): 3  1/2 Whistles 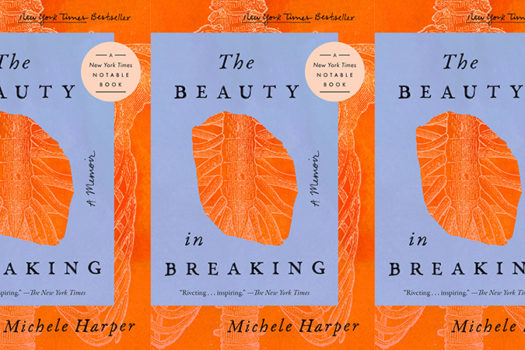 On Our Bookshelves: The Beauty in Breaking

On Our Bookshelves: The Shrinking of Treehorn

On Our Bookshelves: The BFG

On Our Bookshelves: Loveboat, Taipei