It’s got one of the greatest opening lines of any novel: “It was a pleasure to burn.” And so Fahrenheit 451 begins, with a description of a fireman, Guy Montag, who loves his job. Firemen in this story do not put out fires—there’s no need for that with modern technology that protects homes. They light fires, burning books (and the other possessions of those who read books), which are outlawed.

I first read this book as a teenager and reread it recently; it’s newly resonant and is, at the time I write this, #15 on Amazon’s bestseller list.

Bradbury was never an amazing prose stylist; his strength was in his originality, his explorations of culture and society and science. The story of Guy Montag, and his curiosity that inspires him to start to seek out the forbidden books, is often read as a cautionary tale about censorship by the state, and indeed, the novel reflects some of the worries of the McCarthy era. Years later, Bradbury’s concerns shifted a bit, and in interviews, he insisted that the theme of Fahrenheit 451 was a warning less about government than about society: hedonistic, shallow, disconnected, violent, distracted by technology and mass media. I find personally that I am perfectly capable of worrying about both of these problems, and I appreciate his forethought and wisdom in demonstrating for us some rather horrific potential outcomes.

The novel ends somewhat abruptly and oddly optimistically, with many questions unanswered. What will become of the tattered band of intellectuals out in the wilderness? Will they really be able to rebuild society from the ashes? This time, will humanity learn from its history? Let’s all hope so. Check it out–it’s a short read and a very good use of your time. 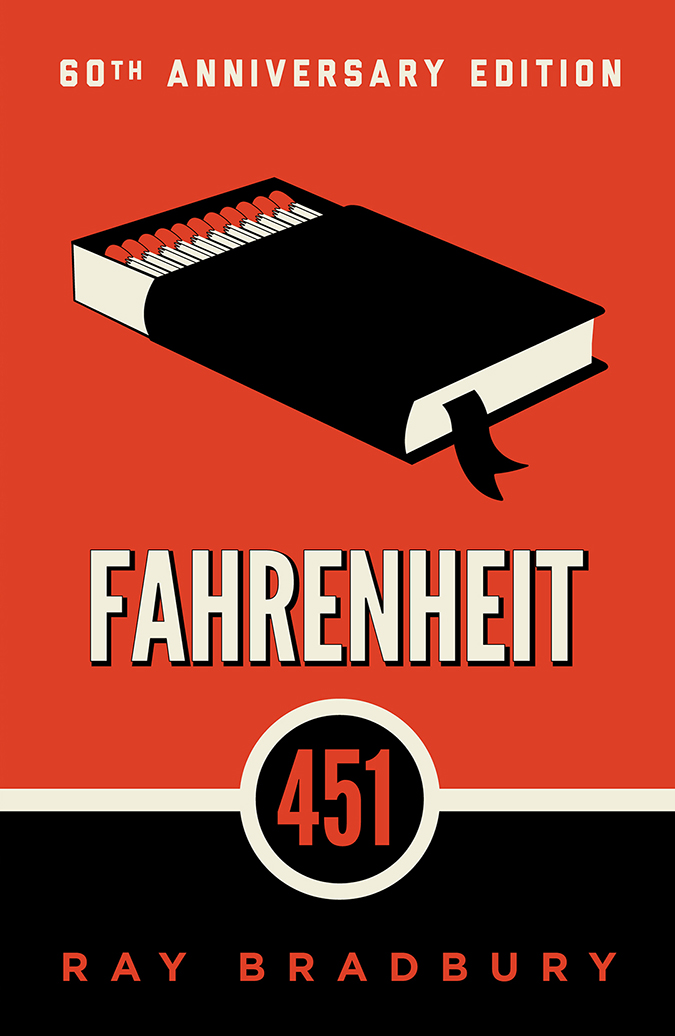