I’m not at all sure why I decided to read a collection of ghost stories in the middle of summer.  Everyone knows that you either wait until October for the spooky stuff, or you do the Victorian thing and enjoy them at Christmastime.  But for some reason, Ghostly called to me off-season, and I have to say that I rather enjoyed it.

It’s hard to have exactly the same taste as any anthologist, and admittedly, I didn’t love all of the stories here.  But overall, there were more hits than misses, and I appreciated the range of Audrey Niffenegger’s taste.  The ghost story transcends genres and moods, as this collection effectively demonstrates.

I’ve read “The Black Cat” dozens of times before (it’s a classic by Edgar Allan Poe), but it fits in well with the theme here, which, from the introduction, involves “Houses, lovers, children, cats: things that are frequently haunted.”

I found Ms. Niffenegger’s own “Secret Life, With Cats,” a story about friendship, loneliness, and cats, rather unsettling.

I had no idea that Edith Wharton wrote ghost stories, but her “Pomegranate Seed” is very good.  (I’ve always found her a little more accessible than her contemporary and friend, Henry James, but fans of The Turn of the Screw might like this take on the supernatural.)

“The Beckoning Fair One” (novella-length, by Oliver Onions) is a convincing description of either a haunting or a complete mental breakdown–disturbing and effective, regardless.

“The Mezzotint” by M.R. James is a creepy little tale, with a hint of humor.

I hadn’t ever thought before of humorous ghost stories, but the very next one in the anthology, “Honeysuckle Cottage” is actually laugh-out-loud funny.  (I’m not generally a P.G Wodehouse fan, but this is perhaps my favorite of what I’ve read by him; and the author himself considered it one of his best.)

The collection next takes a turn for the more alarming with “Click-Clack the Rattlebag” by Neil Gaiman–short, clever, extremely well-executed, and with a frustratingly (or satisfyingly, depending on your taste for ambiguity) open ending.

Rudyard Kipling’s “They” is dreamy, melancholy, and personal, relating strongly to his own loss of a daughter. (I hadn’t been aware that he wrote any ghost stories, either.  The supernatural apparently runs through a very wide swath of English and American literature.)

“Playmates” by A.M. Burrage is another melancholy tale of loneliness, grief, and resilience, as is A.S. Byatt’s “The July Boy.” These stories aren’t remotely frightening, and the ghosts aren’t threatening; they’re just atmospheric and sad.

I’ve always loved Saki’s short stories–the ones included here, “Laura,” and “The Open Window,” both from his collection Beasts and Super-Beasts, are two of his twisted best, and utter masterpieces of the form.  (If you appreciate wit, brevity, and sardonic takes on Edwardian life, read more of his work. It’s really, really good.)

In Kelly Link’s “The Specialist’s Hat” the mood again turns toward the chilling and mysterious–I found the story somewhat baffling and the atmosphere creepy…and, that was likely the author’s intention.

In “Tiny Ghosts” by Amy Giacalone, there’s another abrupt shift–the tone is somehow both pedestrian and comical, and the ghosts here are rude annoyances.  I suspect I’d have a good time if I met the author.  (Ms. Giacalone, if by some chance you read this, please get in touch…I think we’d have fun together!)

I had encountered “The Pink House” by Rebecca Curtis before, when it had been published in The New Yorker.  This one is quite memorable, or at least, I found it so.  Both the uncanny ghost story in a modern setting, and the dysfunction of the protagonist and her family were exceedingly well done in disturbing specificity, with hints (at least, I think there were hints) of unexpressed, unacknowledged past trauma. (There are more frightening things than ghosts in this world, alas.)

The collection closes with another classic, perhaps not strictly a ghost story at all (but Ms. Niffenegger creatively describes it as “the ghost of a house and the ghost of a civilization”).  “August 2026: There Will Come Soft Rains” by Ray Bradbury is elegiac, and perhaps the most frightening tale of all, at least in an existential way.

Read this one as your moods strike you–you can choose whether you want your ghost stories funny, sad, or unnerving, set in the past, or in the present day. I was pleasantly surprised by the variety and the creativity to be found in this collection. 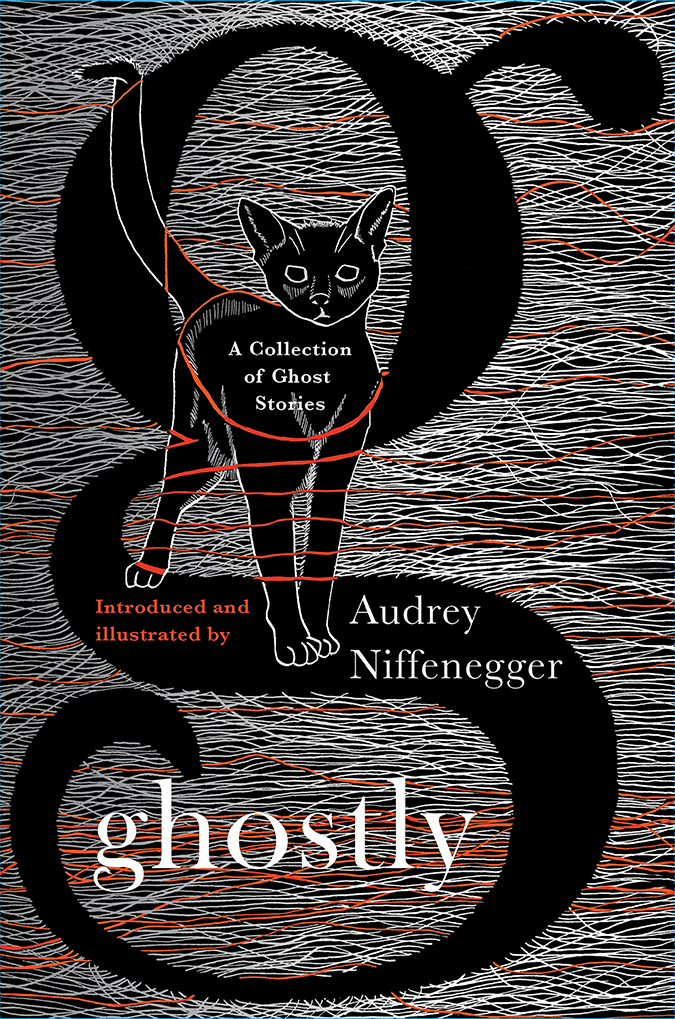