I purchased Ghosts of New York after reading about it in The New York Times Book Review, specifically, after reading this passage quoted from the book, in which a young graduate student is heading out in Morningside Heights to purchase cinnamon at the request of his girlfriend:

“In the hallway I listened to the chirp of a smoke detector with a dead battery. In the elevator I read the elevator inspection certificate for the thousandth time, and I still remember the inspector’s name — T. D’Alessandro — and his signature, as familiar as Picasso’s. The bodega that sold food had no cinnamon, so I tried the one that sold dope, though they had nothing in the window but a few bottles of laundry detergent and a line of botanica candles.”

The reviewer (David Goodwin) wrote: “That’s it, I thought. That’s exactly what it’s like to live in New York.” And so it is. And so I bought a copy.

The book did not disappoint.

That description appears in the middle of a long chapter (one that would work well as a self-contained novella) about the complex relationship between the narrator (Mike), his girlfriend (Bridget), and a friend of his (Johnny), a relationship he failed to understand at the time.  It’s one of several subtly-related stories, which also feature a dealer in antiquities undone by a late-in-life love affair, a photographer returning to the city after years abroad, and a street kid turned successful musician, among others–a minor character in one chapter is often a major character in another, and that’s, as far as I can ascertain, a bit of the point here–we’re all characters, sometimes bit players, in each other’s stories. We all have stories, and the city, larger than all of us, connects us.  Ultimately, there are no minor parts.

This version of New York is slightly different than ours, an alternative, but very much recognizable, place.  Like our own NYC, it is full of ghosts who came before us, victims of accidents, tragedies, heartbreaks, illnesses, confusion, and suffering, but, as so the living, with occasional transcendent moments of love, music, art, or grace.

One of the most poignant passages is a litany of these ghosts, starting with Marie Lloyd (she lived in a tenement on Grand Street and died there of tuberculosis in the spring of 1871) and ending with the O’Malley family (all of whom–fourteen in number–died during the influenza pandemic of 1918 and who, having no descendants, ask to be remembered by anyone who has a memory to spare).

Beautifully written, melancholic, thoughtful, and original, Ghosts of New York deserves to be better known. Buy a copy for yourself, and one for someone you know who lives in New York, or once did, or once will. 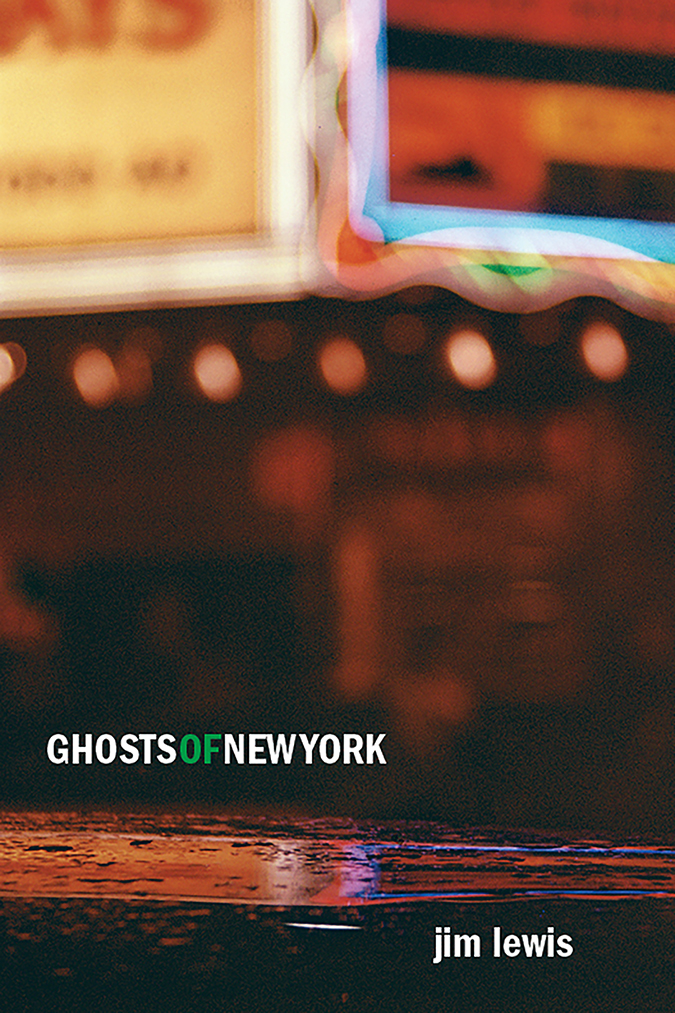