BOOK: Gift from the Sea

This book is hard to describe without making it sound slight, or trite, but it is neither. It’s widely considered a classic, and for good reason.

Anne Morrow Lindbergh had a very unusual life. Her husband, Charles Lindbergh, was incredibly famous, due to his 1927 solo flight across the Atlantic. (She became an accomplished aviator in her own right as well.) His celebrity and public adulation also brought great pain and suffering to their family: their first child was kidnapped and murdered, with a resulting press frenzy. The family left the United States for Europe to escape the attention and intrusion in their grief, frightened for their safety. They subsequently became extremely unpopular in the US due to their isolationist views and admiration for some Nazi positions. They ultimately did return to their home country, and fully supported the war effort after the Japanese attack on Pearl Harbor.

Anne Lindbergh’s writing, after WWII, helped rebuild the family’s reputation, and Gift from the Sea became a national best seller.

It’s not about fame, or being married to a public figure, or aviation, or any of the extraordinary experiences she’d had traveling around the world, or the famous people she’d met over the years. It’s about a short trip she took to alone to Captiva Island, Florida, getting a restful reprieve on the beach, a vacation from the usual demands on her time, and her thoughts about how best to live a meaningful life. As I said, it’s a bit hard to describe. It lacks a plot, but contains deep wisdom and great insight into human nature. It’s probably best to quote the author:

“For life today in America is based on the premise of ever-widening circles of contact and communication. It involves not only family demands, but community demands, national demands, international demands on the good citizen, through social and cultural pressures, through newspapers, magazines, radio programs, political drives, charitable appeals and so on. My mind reels with it. What a circus act we women perform every day of our lives. It puts the trapeze artist to shame. Look at us. We run a tight rope daily, balancing a pile of books on the head. Baby-carriage, parasol, kitchen chair, still under control. Steady now!”

And here’s another bit, surprisingly relevant to our day and age:

“I find I am shedding hypocrisy in human relationships.  What a rest that will be!  The most exhausting thing in life, I have discovered, is being insincere.”

“We are asked today to feel compassionately for everyone in the world; to digest intellectually all the information spread out in public print; and to implement in action every ethical impulse aroused by our hearts and minds.  The interrelatedness of the world links us constantly with more people than our hearts can hold.  Or rather–for I believe the heart is infinite–modern communication loads us with more problems than the human frame can carry.”

I recently read the 50th anniversary edition, which not only contains an afterword from the author, written 20 years after the original book, in 1975, but an introduction by her daughter, Reeve Lindbergh, including some fond reminiscences from their experiences together, dated 2005. I am quite certain that women and men will be reading this book in 2055, and will be newly surprised at the wisdom, insight, and relevance contained within. Patience, solitude, relationships, freedom, responsibilities, security, creativity, beauty, simplicity, peace, love, openness, the here and the now, the poets, the artists, and the saints: these things are, fortunately, timeless, and future readers will find them. 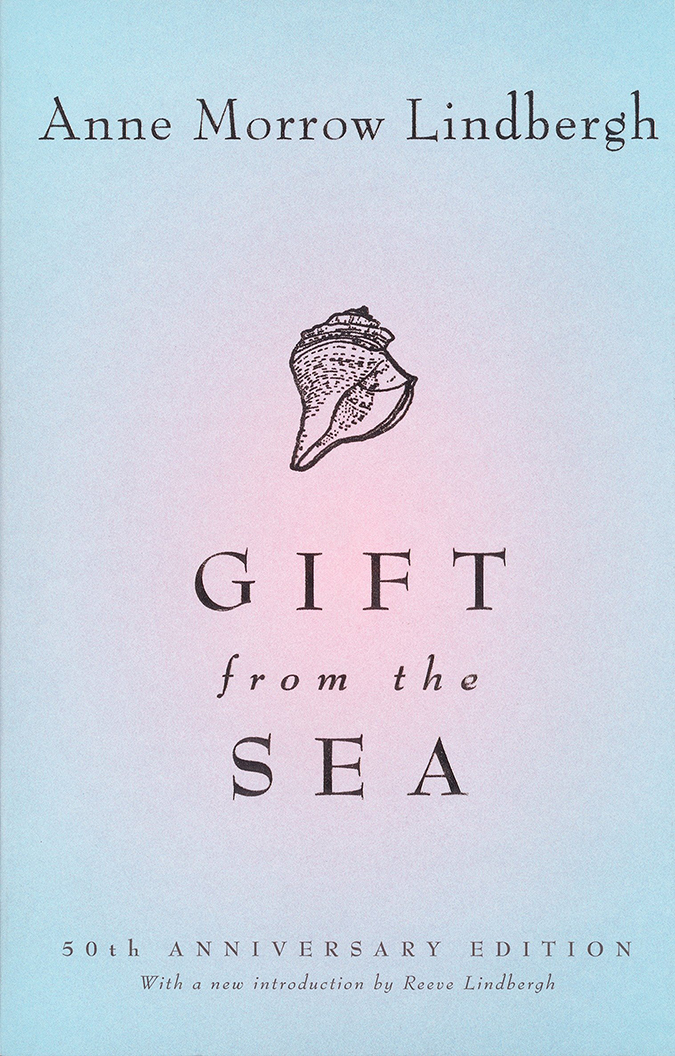