BOOK: H is for Haiku: A Treasury of Haiku from A to Z 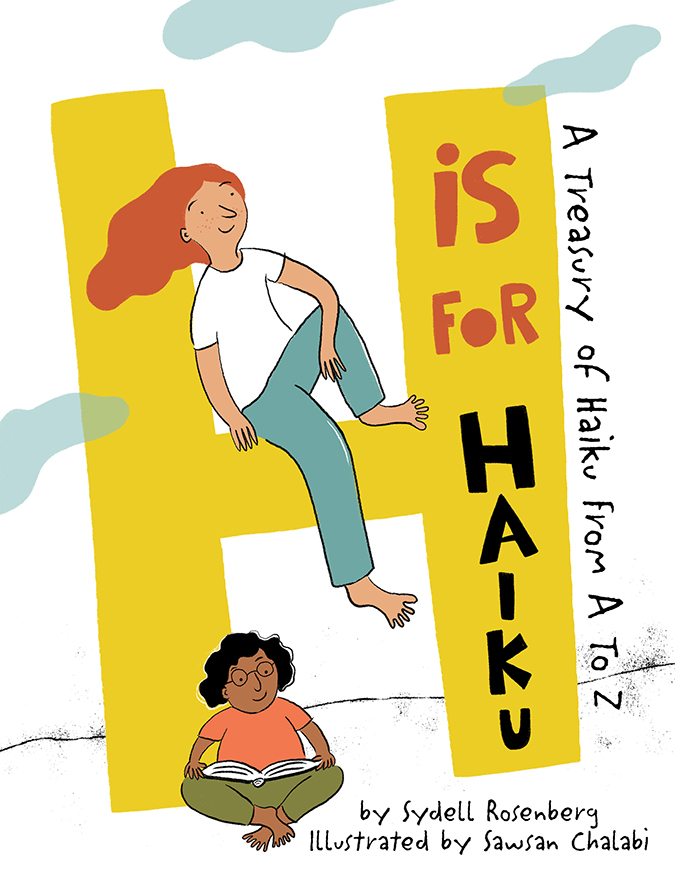 What a charming book! I was introduced to this lovely volume by Amy Losak, who wrote the introduction, and who was instrumental in getting the poems within (by her late mother, Sydell Rosenberg) published.  This was a labor of love if there ever was one, and a most excellent project. Sydell Rosenberg was a New York City schoolteacher and a charter member of the Haiku Society of America, and this book, with a short poem for each letter of the alphabet, is simply lovely.  Ms. Rosenberg had an observant eye and a strong talent, and these illustrations (by Sawsan Chalabi) are excellent…a beautiful marriage of words and text. (I suggested to Ms. Losak that the individual pages would make wonderful prints for a classroom or a child’s bedroom.) 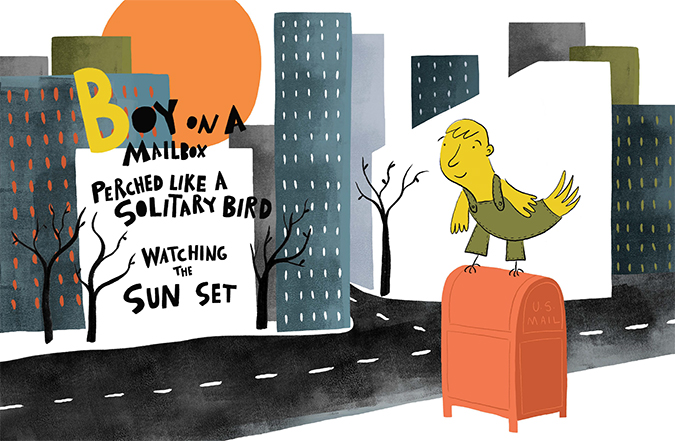 Many of these poems are about nature, but not all–here we can notice and celebrate all kinds of small moments, from observations of birds, flowers, and turtles, to classrooms, lining up for ice cream, and a new library card. “Slow down and pay attention,” they tell us, gently. And we should. 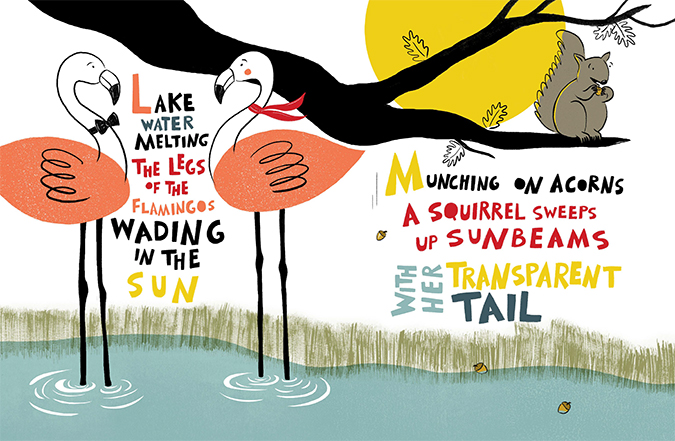 I was extremely happy to learn that Ms. Rosenberg had been part of the 1994 public art project, “Haiku on 42nd Street,” which I remember well and enjoyed tremendously at the time: the marquees of shuttered movie theaters in Times Square were inscribed with short poems for about six months… a little touch of beauty in the busy, and not yet gentrified, locale. 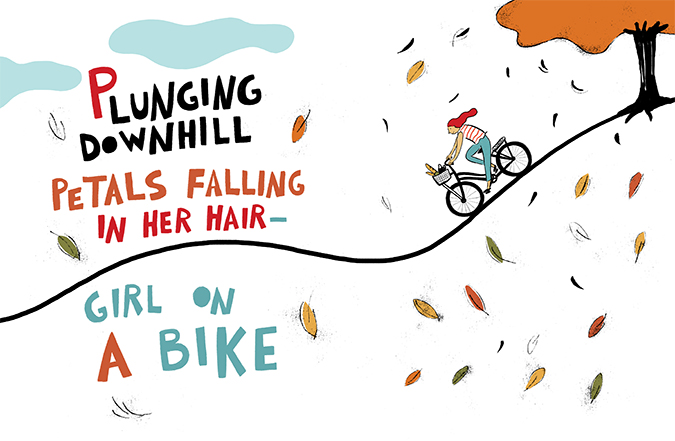 Public art is, by its nature, fleeting, and no less delightful for it.  But this book, sure to find a home in many a classroom, library, and child’s collection, is a definite keeper.

Apparently another book is in the works, including Ms. Losak’s poems along with her mother’s, and I’m looking forward to finding some more beauty in the everyday.

All Images ( including “Keeping Their Distance… “) Courtesy of  Penny Candy Books 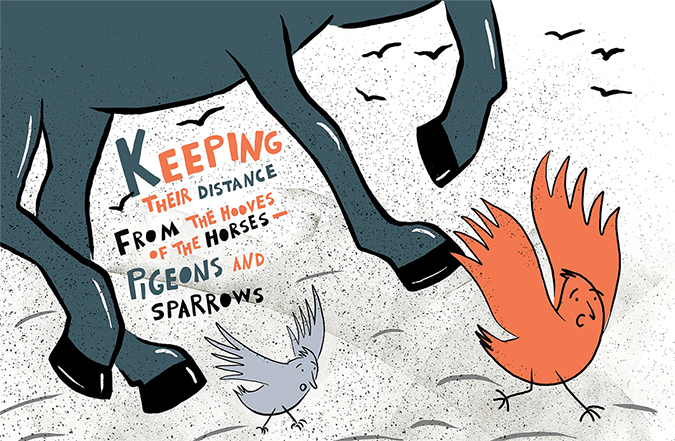