Pretty often, I’m asked to donate for a personal cause–to help someone fund their art project, or assist a small business.  I chip in for funeral expenses when a family is struggling, and with health care costs when someone’s hit with a bad diagnosis, or sometimes to help cover the cost of providing meals to give caretakers a needed break.  I’ve given money for scholarship funds to honor legacies, and to favorite charities as a way of celebrating and commemorating lives well-lived.  I do these things because I know these stories–they’re for friends, neighbors, community members, co-workers, people I have connections with and care about.

Of course, everyone has a story.  Over the years, I’ve occasionally had meaningful and emotional conversations with strangers in bars, on airplanes, in cabs.  Sometimes someone I don’t know, a friend of a friend at a cocktail party, or a fellow traveler at a hotel, has something touching or important to say, or provides some wisdom or advice that lands at just the right time. I take these moments, when they come, as gifts from the universe, and reminders that we’re all human beings, often with more in common than we might think.

Brandon Stanton’s gift to the world is a collection of those stories and connections, those gifts from the universe amplified and shared.  He’s a photographer, blogger, and author; he started Humans of New York, a photography project, taking portraits of New Yorkers, in 2010. His Facebook page started getting attention, and he started adding stories–initially short quotes from his subjects, and eventually, longer interviews.  A few years later, he started taking trips to photograph people in other parts of the world, and collecting images and stories in South Africa, Russia, Rwanda, Ghana, New Zealand, England, Italy, Vietnam, Jamaica–over 40 countries so far.  And the stories (which now number in the thousands) are followed by a global audience of over 30 million people, across various social media platforms.

Besides connecting people with stories, and writing best-selling books (he published Humans of New York, Humans of New York: Stories, and Little Humans before his most recent Humans), Stanton’s raised money (over $12 million and counting) for individuals featured in his work, and for non-profit organizations.  And it’s no surprise, because the stories he highlights in his work are touching, and honest, and very, very human.  So, he’s managed to crowd fund to help end bonded labor in Pakistan, to support pediatric cancer research, to give numerous small businesses a boost in these challenging times, to launch various GoFundMe campaigns to cover medical and living expenses. He and his audience helped a videographer adopt a boy from Ethiopia.  They supported a middle school in Brooklyn with a trip to Harvard for all of its students, summer programming, and scholarship money. The magic, what inspires this generosity, is all in the stories–the intimacy, the emotion, the struggles, the triumphs, and the authenticity.

Humans is a collection of some of the highlights of this work.  The stories are honest in their pain, and their joys. Get to know a tarot card reader in New York City; a pair of widowers who found love and each other at a dance for seniors in Sao Paulo; a woman in Spain worried about her sister who struggles with anorexia; an unemployed oil worker in Argentina who can’t afford milk for his kids; a big-hearted woman who rescues animals in Uruguay; a man in India who traces his successful business to a stranger who left him an enormous tip–and who might just possibly have been God himself; a woman in France who escaped an abusive relationship and was able to make friends, get a job, and find a new love; and a union organizer in Seoul no longer ashamed of her menial labor.

To quote the author: “…the approach is perhaps the most important part of my job.  It’s the process of getting through to the real person.  Finding what’s behind the shield, and presenting it to others.  If our shields are what separate us, it’s what behind them that brings us together; the struggles, the worries, the pain, the weakness.  All the soft spots.  The places we protect.  These are the things that make us most relatable to others.  These are the things that connect us–if only we allow them to be seen.”

Stanton makes another important point about randomness; news stories are generally selected for negativity.  He selects his interview subjects by happenstance, not because of politics, terrorism, violence, or to fit a larger narrative.  Randomness can therefore easily be mistaken for positivity–but he isn’t trying to put a positive spin on his subjects.  “When people are chosen at random–they are always nicer than we expect.  They’re more loving.  More tolerant. And more peaceful.  And that’s great news for all of us.  Because it’s people that make up our neighborhood, our cities, our countries–and our world.”

Now, I would like very much to live in a world, or even a nation, where basic needs of all people are met and no one needs to crowd fund to support local schools or pay medical bills.  Sadly, that’s not our reality.  But maybe things can change, one person, one photograph, one story, one act of generosity at a time.  If we choose kindness, compassion, and understanding, that is.

The ending of the novel Cloud Atlas is coming to my mind, the part where Adam Ewing pledges himself to the abolitionist cause.  He imagines his father-in-law’s response: “Naive, dreaming Adam.  He who would do battle to the many-headed hydra of human nature must pay a world of pain & his family must pay it along with him & only as you gasp your dying breath shall you understand your life amounted to no more than one drop in a limitless ocean!” But he concludes, and so ends the book: “Yet what is any ocean but a multitude of drops?”

The drops are endless, the human stories innumerable; if we seek to understand, to listen, and to care, who knows what we might accomplish?

Humans would make an excellent gift for just about anyone. 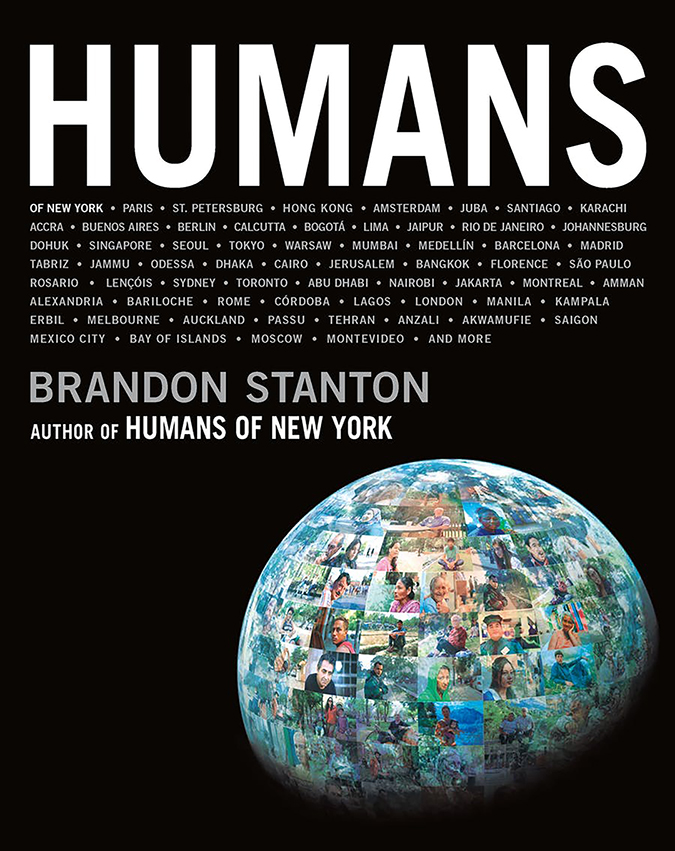