Snow is something of a hard book to describe.  It is extremely well written. It has moments of beauty.  It has postmodern flourishes (whether that is a feature or a bug depends on your taste–I tend to enjoy them). It is informative about the headscarf debate in Turkey, and, sadly, illustrative of the way that women’s bodies, appearances, decisions, and sexuality are criticized, controlled, and politicized, and how weak-minded people are driven towards violence by varied political agendas.  The remote town of Kars near the Russian border, in many ways, is not very different from small towns full of small-minded people in any part of the world–places with high rates of poverty, and many unemployed or underemployed men, susceptible to populist ideas. For all of the stated concern about the suicides of young women in Kars, the characters in this book didn’t seem to care much about them as people.

The plot concerns a poet named Ka, back in Turkey from political exile in Europe.  He’s seeking a wife, inspiration for his writing, a happier and more meaningful life, a connection to a place, and, just possibly, God.  And he’s also running from many things–a lonely life in a foreign land, his habitual avoidance of intimacy, his studied agnosticism. Unfortunately, he’s dishonest with everyone he encounters and is self-deluded regarding his relationship with Ipek (an old friend, recently divorced, whom he hopes to marry).  And he dithers and blunders and stumbles around, causing trouble for himself and others, who, quite correctly, do not trust his intentions.

For a novel so political in scope, it is hard to locate the author’s theme here.  Certainly, the opposing political sides (militant secularists and fundamentalist Islamicists) do not come across well. Their members are depicted as flawed human beings, not as monsters, but their actions, and the results of their efforts, are quite monstrous, as violence erupts over the course of Ka’s visit to Kars, while the town is isolated from the rest of Turkey during a snowstorm.  But there isn’t much admirable in Ka, either–withdrawn from society, focused purely on his own desires, his own artistic vision, and his own future, without addressing or taking a stand on the larger problems of society. Escapism seems here to be as bad as extremism, possibly worse.

And there we are…having somehow reached an existentialist conundrum.  The novel ends unhappily. There seems to be no path to authenticity, progress, or peace.  What is there? Well, there are moments of love, the beauty of the snow and the architecture, much frustration and self deception, farce, individual acts of kindness, human complexities far beyond the competing political agendas, and the consolations of poetry.  Is that enough? Maybe it will have to be. 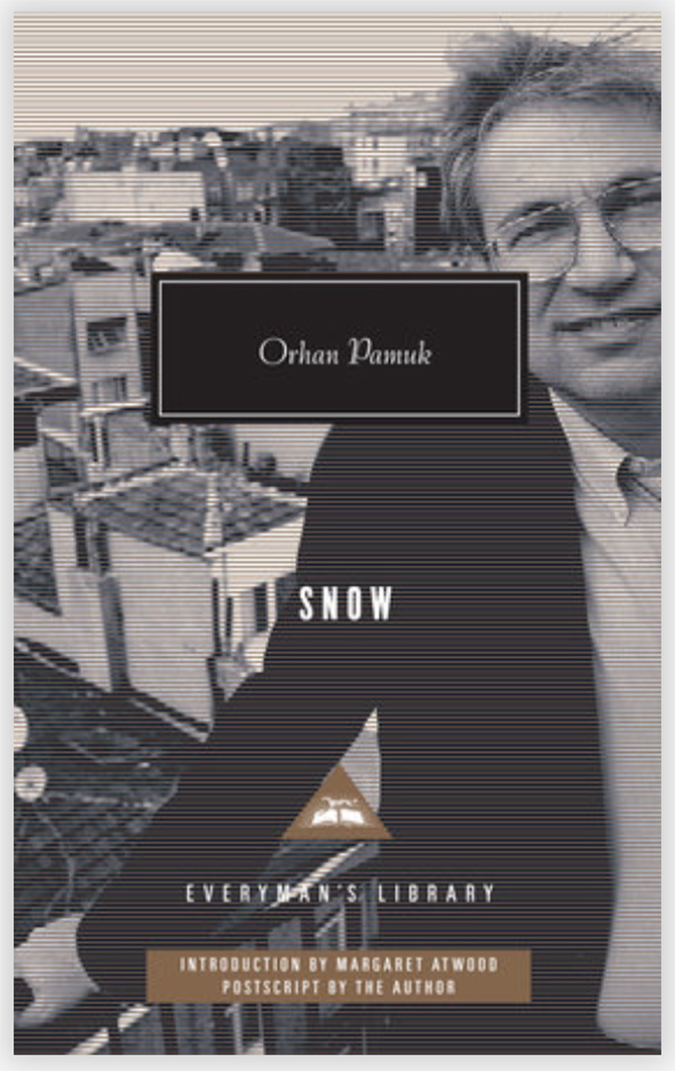