I adored Charlie and the Chocolate Factory as a kid, and read it to my own kids.  I am not a big fan of its sequel, Charlie and the Great Glass Elevator, which is weird, episodic, and has some appallingly racist bits (its saving grace is the Vermicious Knids–evil aliens that can only spell one word (“SCRAM”) are my kind of evil aliens, apparently).  But for some reason, I never read The BFG until rather recently, and I must say–it’s really quite delightful, for the most part.

Roald Dahl was, by many accounts, a pretty awful guy.  He was often unpleasant, extremely quarrelsome, rude, a cheating husband, a tax fraud, and an anti-Semite. His books are full of darkness and villainy, cruel and stupid authority figures, and disturbingly gruesome details. The BFG (short for the Big Friendly Giant) is no exception: it’s the story of how our heroine, Sophie, meets the BFG (she’s kidnapped from her orphanage, since he realized that she saw him and snatched her away so that no one would know of his existence), and how they together (with an assist from the Queen of England) defeat nine extremely unfriendly giants, to prevent them from going on more nightly rampages to eat people.

Sophie is a very appealing little girl: creative and kind, brave, quick to learn and quick to act. She’s named after Dahl’s first grandchild, and the book itself is dedicated to his daughter Olivia, who died at the age of seven.  (To be fair to Dahl, as awful as he could be, he had some major sorrows in his life; and he was a WWII flying ace, a big supporter of immunizations for children, a philanthropist, and one of the most popular children’s authors of all time.  People are complicated.)

What’s truly wonderful about this book is Dahl’s word play–his language, much like his plot, is anarchic, juxtaposing the whimsical and the grotesque.  Here, Charles Dickens is “Dahl’s chickens,” Sophie and her kind are “human beans,” and the foul vegetable that is the only thing to eat in Giant County is a “snozzcumber.” The man-eating giants are Fleshlumpeater, Manhugger, Bonecruncher, Childchewer, Meatdripper, Gizzardgulper, Maidmasher, Bloodbottler, and the Butcher Boy. And according to those giants, the people in Turkey taste like turkey, the Panamanians taste like hats, the people of Wales taste fishy, the people from Denmark taste like dogs, and the people of Wellington taste like boots. (Fortunately, for the people of Greece, they taste greasy, and the giants don’t eat them.) Delicious food is “scrumdiddlyumptious.” It’s fun to read aloud, and both the language and the plot are magical for children.  This is a typical statement by the BFG: “By ringo, your head must be so full of frogsquinkers and buzzwangles, I is frittered if I know how you can think at all!”

The one passage that made me cringe was the Queen’s conversation with the Sultan of Baghdad. She asked “Did anything unpleasant happen in your city three nights ago?” and was answered, “Every night unpleasant things are happening in Baghdad…we are chopping off people’s heads like you are chopping parsley.” (I would recommend skipping that particular sentence when reading it to a child. Real life racism is worse for children than fictional monsters.)

The violence is cartoonish, the story unsentimental, the good people (and the good giant) are triumphant, and despite the hideousness and menace, the end result is sweet.  Maybe even scrumdiddlyumptious.

Laura LaVelle is an attorney and writer who lives in Connecticut, in a 100-year-old house, along with her husband, two daughters, and a cockatiel. 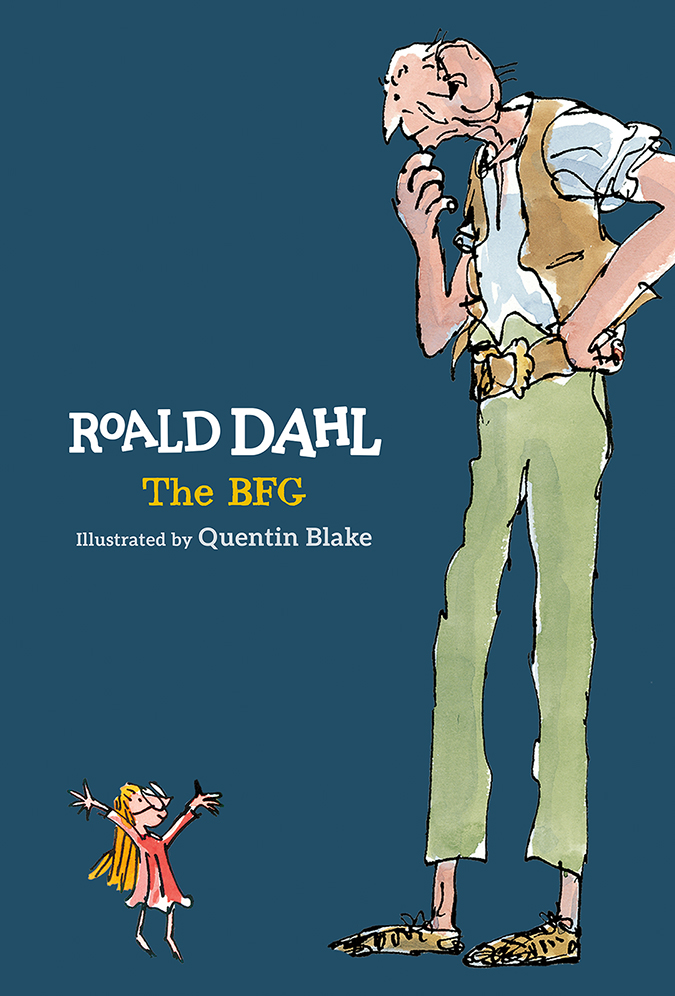