BOOK: The Book of Imaginary Beings

I have a habit of making impulse book purchases: sometimes at airports and train stations on my way somewhere, sometimes when I go to a bookstore for a gift for someone else and find a few volumes I think I need, and often at used book sales to support my local library.  So the books pile up in my house–I’m not always really sure how I acquired them.  A case in point: I have no recollection of how I ended up owning a copy of The Book of Imaginary Beings, but I came upon it recently, and was very glad that I did.

The Book of Imaginary Beings is Jorge Luis Borges’ compilation of descriptions of strange creatures that we human beings have envisioned over the ages–in mythology, in dreams, in world literature.  In the tradition of the bestiaries of classical origin, such moralizing compendiums of the Middle Ages, and even J.K. Rowling’s Fantastic Beasts and Where to Find Them, Borges included both the familiar (dragon, unicorn, nymphs, trolls, and so forth) and the obscure, with creations by Kafka, Poe, and C.S. Lewis, as well of some fantastic animals that he invented himself.  As an example of the latter, I was quite taken with the A Bao A Qu–depending on the version of the book you read, in English or Spanish, Borges attributes it to a footnote in Burton’s Arabian Nights, or to the non-existent book On Malay Witchcraft (1937) by C.C. Iturvuru (who doesn’t exist, either, but appears to be a joke–Borges had a friend, a fellow writer named C.C. Iturburu).

The 2005 paperback in my possession was translated by Andrew Hurley, and I was delighted to realize that it contains rather charming illustrations by Peter Sís.  It includes many, but not all, of the imaginary beings that have appeared in the various versions of the book–the collection was expanded in Spanish in 1967, and again in 1969, and a number of English editions have appeared with different assortments of creatures, references, and so on.  Andrew Hurley explained the decisions he made regarding his version of the text in his Translator’s Notes at the end of the book, for those who care to pursue its complexity.  But that’s one of the wonderful things about this compendium–it’s quite captivating on a surface level, with a unique combination of wit, erudition, self-reference, and playfulness–and if you decide to go down the rabbit hole of sources, translations, publishers, co-authors, and quotations, you may enjoy the literary quest even more, and yet never come to the bottom of it all.  Borges did many of his own translations, sometimes created summaries he called translations, and sometimes (as with the A Bao A Qu)  included sources he made up entirely.

The Foreword to the First Edition explains a bit of the appeal of this book, “We do not know what the dragon means, just as we do not know the meaning of the universe, but there is something in the image of the dragon that is congenital to man’s imagination, and thus the dragon arises in many latitudes and ages.” If you find the idea of imagination and the meaning of the dragon appealing, this whimsical, intelligent, and creative book might be for you.  And why would you want to miss out on the Mandrake, the Elephant that Prefigured the Birth of Buddha, and the Behemoth? 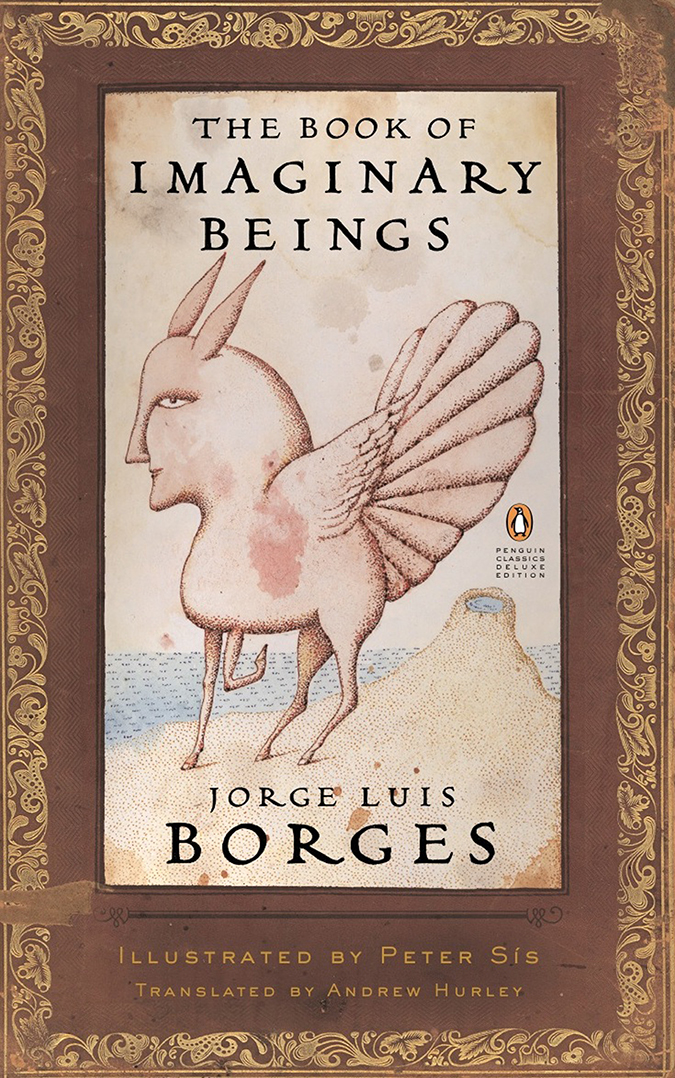 The Mistletoe Murder and Other Stories, J.D. James