On March 25, I was fortunate to be able to attend a book event at the 21 Club  in New York, hosted by HarperCollins Publishers, Zondervan, and Hope Through Healing Hands, to celebrate the publication of The Mother and Child Project: Raising our Voices for Health and Hope, a collection of essays addressing the movement to increase healthy pregnancies and lower death rates for mothers and children across the world.  I met a variety of interesting people there, including several women from Catholic Relief Services, various people from the publishing world, bloggers and freelance writers, as well as some of the contributors, who spoke at a short program, and then were kind enough to sign copies of the book for their guests.

The Mother and Child Project’s focus is to encourage healthy timing and spacing of pregnancies as a means to improve maternal and child health outcomes. Women’s reproductive health is often a political lighting rod here in the United States, but I was very glad to see that people with such diverse opinions as Bill Frist, Hillary Clinton, Jimmy Carter, Desmond Tutu, Nicholas Kristof, Melinda Gates, and Kay Warren were all committed to this project, having found some rather significant common ground here. 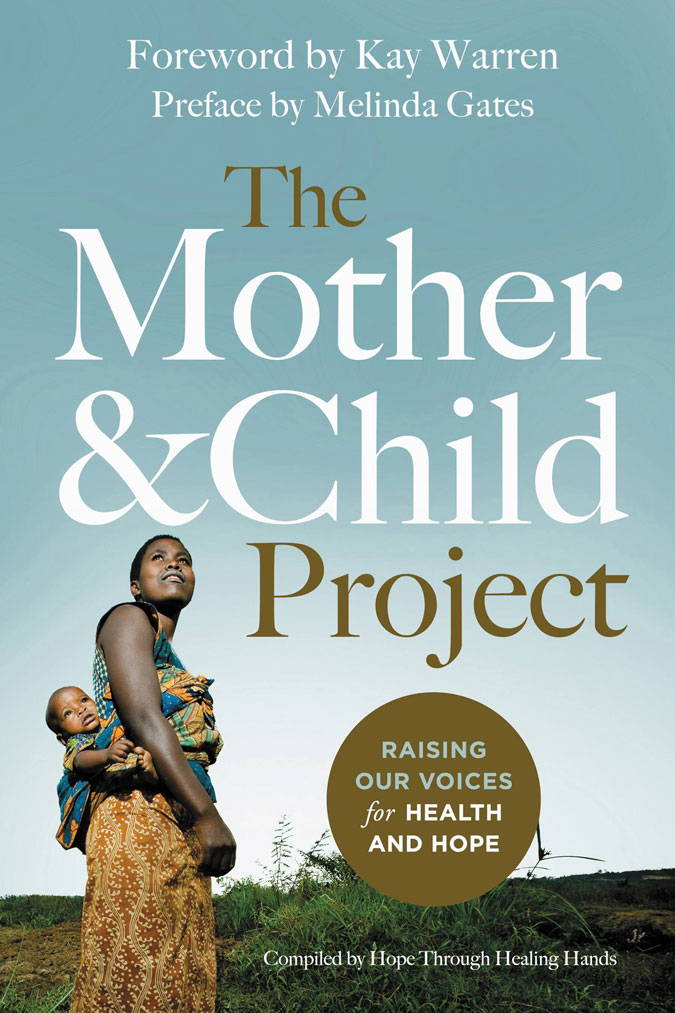 Had you asked me prior to that event whether I thought it was a good idea for teenaged girls to delay marriage and childbearing, I would of course have said yes, but my reasons would have been entirely based on my hope that they’d receive the value of an education, realize more of their potential, and have the chance to pursue their individual dreams and destinies, like Malala Yousafzai (and the many girls like her) who face formidable battles to achieve academic and intellectual success. I had no idea that there is another entirely separate and vitally important reason to delay childbirth–public health outcomes. Girls under age 15 are five times more likely to die from complications during pregnancy or childbirth than women in their 20s. And when babies are spaced at least two years apart, those babies are more than twice as likely to survive infancy.

Some of the stories we heard that evening from the authors and activists involved were absolutely heart-wrenching.   Choices made in poverty and desperation don’t generally lead to happy endings. But there were also glimpses of beauty and hope. Perhaps the most memorable speaker sang as well as spoke: Amy Grant treated us to a gorgeous acappella blues number. We were also privileged to hear from Scott Hamilton (the only male speaker on the panel, he explained that being an ice skater he was used to being surrounded by women), and his wife Tracie, about how their strong religious faith led them to become philanthropists, work in Haiti at a health clinic, and adopt two orphans.

The book isn’t beach reading: it includes painful personal narratives, opinion pieces, and a great deal of religious writing. It’s heavy on the statistics, with many footnotes and medical citations. Although the work is all on related themes, it’s a bit of an omnibus, and with the different writing styles and emphases, it doesn’t flow together as smoothly as it might. Not all readers are going to be comfortable with the religiosity of the rhetoric. Not all Christian readers are going to be persuaded by its arguments in favor of family planning. And some may find portions of the writing uncomfortably colonialist.

Although imperfect, it is, however, important, because ultimately it’s asking its readers to help: to speak up in support of health issues in the developing world, to educate, to improve heath outcomes, to advocate, and to contribute. An appendix provides valuable information on advocacy and on organizations at work providing services to mothers and children around the world, as well as a bibliography for those looking to do further research on these topics.

The Mother and Child Project: Raising our Voices for Health and Hope: 3 Whistles

The hope and promise of far fewer preventable deaths and healthier mothers and babies: 5 Whistles