Everyone loves Dr. Seuss, at least every kid I know, and every adult who was once a kid. Whether it’s the Grinch, the Lorax, the Sneetches, Sam I Am, or the anarchic Cat in the Hat, the books are irresistible. But when Theodor Geisel wasn’t being Dr. Seuss, he created his own art, for his own enjoyment, and if you are interested in what he got up to in his private time, you just may want to check this book out.

Some things are familiar here: the strange creatures, the fantasy settings, the riotous imagination. But he broke out of the bright colors and limited palette of his children’s books, and created some darker, more adult, and more sophisticated work, with a sly sense of humor to boot.

Maurice Sendak (who was fortunate enough to be friends with him) described the art depicted here thus: “…you have entered Seussville, where questions and doubts are left at the door with the coo-coo something-or-other. Enjoy yourself. The slippery, sloppery, curvy, altogether delicious Art Deco palazzos invite you to slide and bump along, in and out of flaming colored mazes (where serious cats lurk and hang about), and past grand, even apocalyptic, oceans and skies. The book is filled with fabulous geometric conundrums. Their milky, thirties movieland dippiness best conjures for me the private Seussian dreamscape: a Cat in the Hat theme park world, where loops and hoops and squares and limp bagel shapes, all charted with exotic color, have the demented nightmare effects provoked by a dinner of green eggs and ham.” And his widow, Audrey Geisel, included a personal note of her memories of her late husband painting after midnight…“something he did for himself and not something he felt comfortable in sharing.”

What he did for himself included an Impractical Marshmallow-Toasting Device and a Cat Carnival in West Venice, some sculptures, some very unusual self-portraits, and a Pink-Tufted Small Beast. I’m glad she decided to share them with the rest of us.

If you’re a Dr. Seuss fan (and seriously, who isn’t?) here’s a nice opportunity to see a different side of him. And it’s a terrific gift book—maybe for the book lover who already has everything? 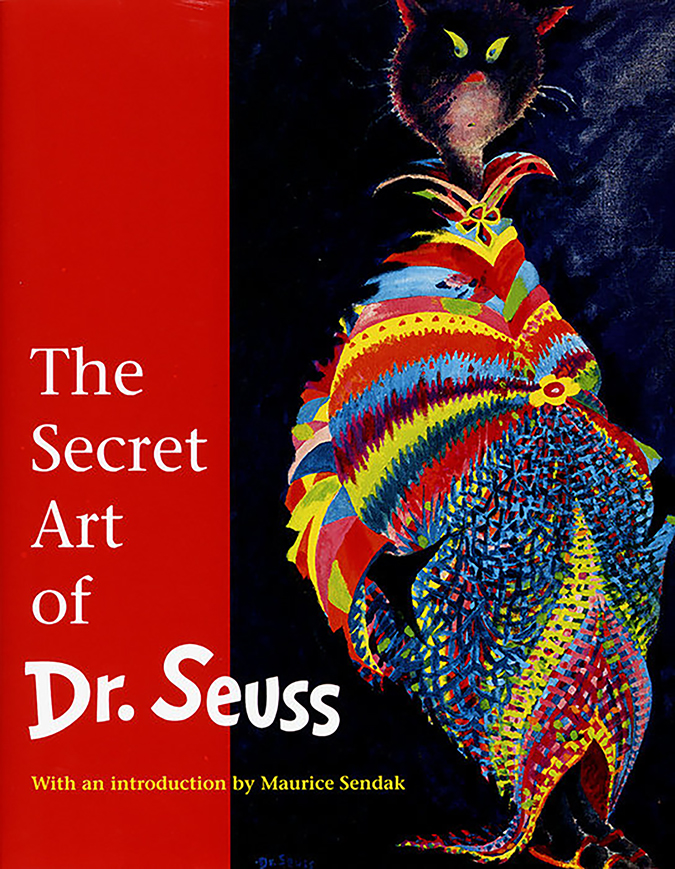