I loved this book when I was a kid. I didn’t realize it was (already) a classic in the 1970s, but it was colorful and vibrant. Peter’s neighborhood looked like mine, and the snowy day he experienced was big and clean and silent and wonderful. The simple illustrations and the bright color of his snowsuit appealed, and the simple story did, too. And Peter’s joy was infectious. It still is…I took another look at this old favorite recently, and I still like it an awful lot.

There’s not much of a plot…a little boy experiences a snowfall and enjoys his adventures, making footprints, snow angels, and tromping around an urban landscape. He tries, unsuccessfully, to save a snowball for the next day. Its magic lies in how it captures, quite magnificently, the visceral joy that snow brings to a child. Peter looks to be about four in this book, which is appropriate for little ones, maybe up until about age six or seven.

Now, I didn’t realize, when I was a kindergartener, just how groundbreaking this book was. It was the first full-color picture book that featured an African-American protagonist. Keats wrote and illustrated it (he’d formerly been illustrating books by other authors) in large part because he’d observed that “none of the manuscripts I’d been illustrating featured any black kids—except for token blacks in the background. My book would have him there simply because he should have been there all along.”

Keats personally knew a lot about being an outsider, growing up as a child of Polish-Jewish immigrants, and having legally changed his name from Jacob Ezra Katz, due to the anti-Semitic prejudice he’d experienced. And maybe because of his outsider status, or maybe just because he had a great generosity of spirit, he created a foundation, active to this day, which has a mission of bringing Keats’ multicultural creative spirit into children’s lives and literature by supporting arts and literacy programs in public schools and libraries, and celebrating new writers and illustrators of exceptional picture books for a diverse audience of children (as well as preserving Keats’s work and extending his legacy).

The New York Public Library named The Snowy Day one of the 150 most influential books of the 20th century, along with Ulysses, The Great Gatsby, The Grapes of Wrath, Invisible Man, For Whom the Bell Tolls, and in the most excellent company of Charlotte’s Web, The Tale of Peter Rabbit, and The Lion, the Witch and the Wardrobe. Not too bad for a poor kid from Brooklyn. And I was excited to learn recently that Peter is going to be featured on some US postage stamps later this year…I think I’m going to have to buy some. After all, in the dreary days of winter, it helps to have a look at a little boy in a bright red snowsuit having an excellent time. 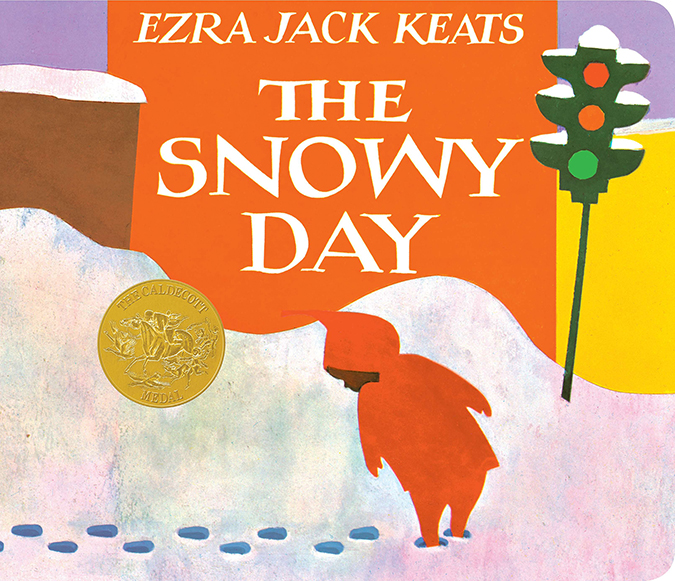 The House Without a Key, Earl Derr Biggers