NOVEL: We Have Always Lived in the Castle

This one is perfectly suitable for Halloween.  There aren’t ghosts or goblins here, and although Mary Katherine (“Merricat”) Blackwood certainly attempts to practice sympathetic magic, there’s no evidence that it works besides her say-so.  (And she’s hardly a reliable narrator.) Nothing supernatural is needed in this short novel–mental illness, isolation, and everyday wickedness are more horrific than anything paranormal or occult.

“I am eighteen years old, and I live with my sister Constance.  I have often thought that with any luck at all I could have been born a werewolf, because the two middle fingers on both my hands are the same length, but I have had to be content with what I had.  I dislike washing myself, and dogs, and noise. I like my sister Constance, and Richard Plantagenet, and Amanita phalloides, the death-cup mushroom.  Everyone else in my family is dead.”

Merricat suffers from vicious persecution from the townspeople, is given to poetic flights of fancy, is oddly charming, seems much younger than her age, and is evidently sociopathic.  Constance is agoraphobic and channels all of her energy into obsessive domestic activity. Uncle Julian is physically and mentally weak, obsessed with the past, and very much confused.

There’s something autobiographical here: the villagers who torment the Blackwoods resemble the unpleasant residents in North Bennington, Vermont, where Shirley Jackson suffered on the receiving end of their anti-intellectualism and anti-Semitism.  (They have much in common with the small-minded characters in her famous short story, “The Lottery,” as well.) The Blackwoods in turn (those who are still left–there was an unfortunate poisoning episode some years before), despise their neighbors. When a long-lost relative arrives to disrupt the delicate balance of mutual hostility, it isn’t long before violence erupts again.

I have my own theories (at least partially supported by the text) about the origins of the pathology of the Blackwoods, but much of the appeal of this novel is in its ambiguity.  There’s a pervasive atmosphere of strangeness, of the nearness of evil, the commonness of man’s inhumanity to man–as I wrote above, it is perfectly suitable for Halloween.  And it will haunt you, long after the pumpkins rot and the cobwebs are swept away. 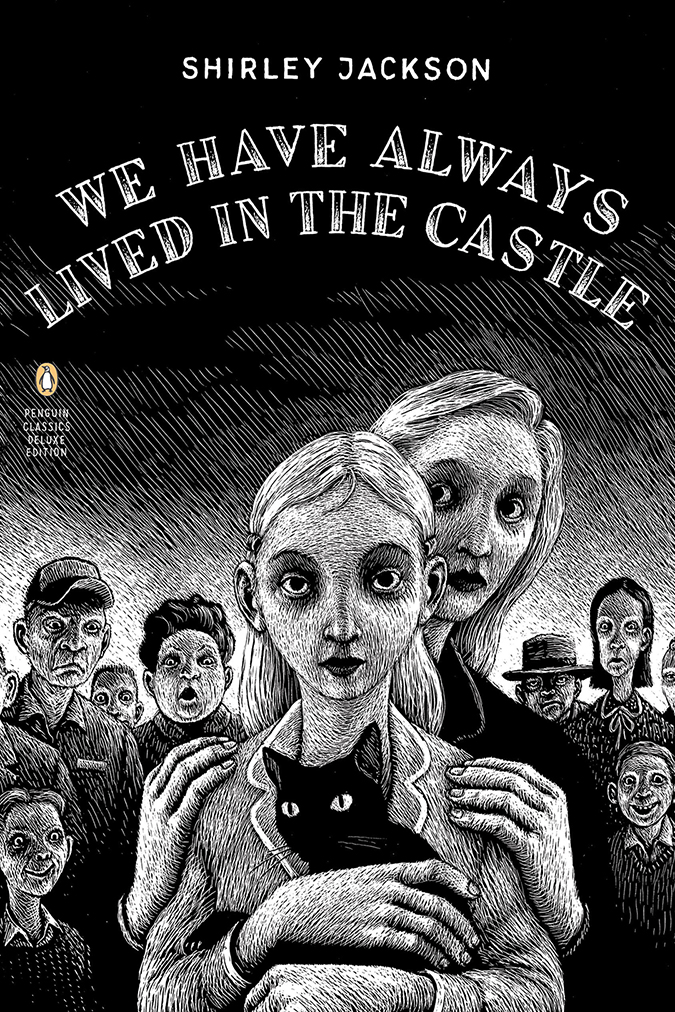