One of our favorite movies of last year was Creed, the latest installment in the Rocky series that centered on a rising boxer whose father had previously died in the ring.

There was a lot to the film – great acting, terrific music, and nuggets of wisdom throughout.

Why do we bring up Creed? Because we’re looking at a book of photographs – and we see a lot of similar themes. 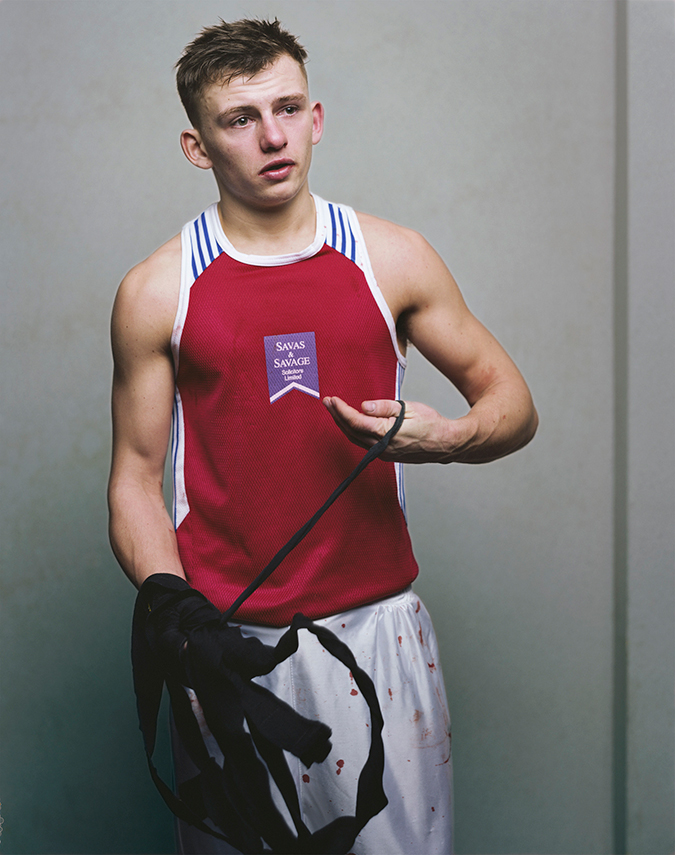 The book before us is called The Modern Kids and it features images of young boxers, ages 8 to 24, who are growing up outside of Liverpool, England.

Like the characters in Creed, you immediately feel that these children and young men have something to prove.

As for photographer Jona Frank, well, you get the sense that she’s coming out swinging herself.

Frank is experienced at snapping young adults – whether it’s high school or college – but her latest work moves us, because her subjects this time are more motivated and focused, determined to better their life through the violence of the sweet science.

In The Modern Kids Frank connects well with the fighters, whether it’s capturing their portraits in the gym, near their home, or covered in sweat or blood after a fight. 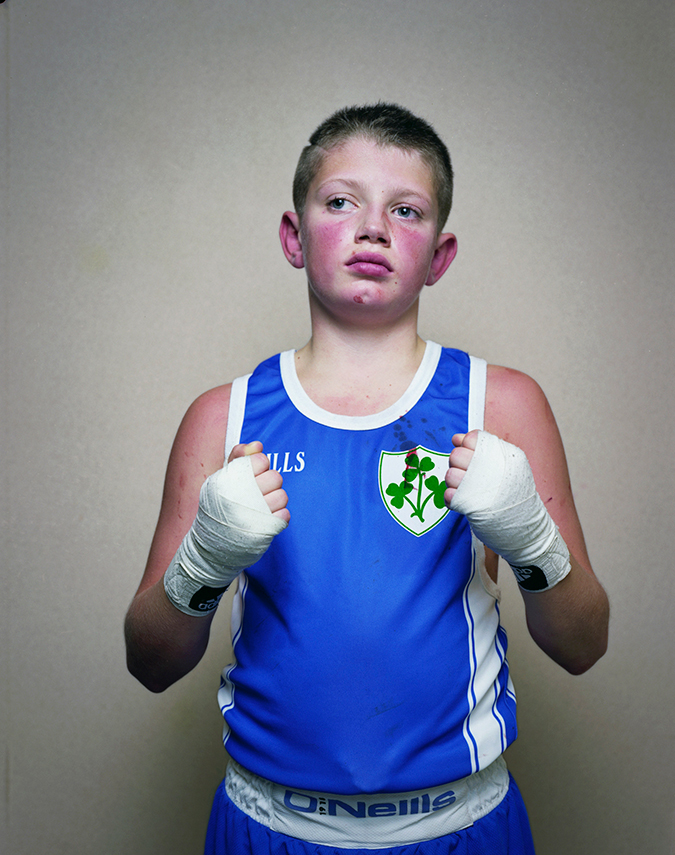 We come face-to-face with the contestants, and you’d expect a fierceness in their eyes or a cool coil of rage in their stances. Not so. Most of them drop their guard. What appears instead is an aura of innocence, confusion, want, or exhaustion.

At the same time we cannot forget these are young warriors – with a desire and need to come out on top. They are Lords Of the Flies, or rather Flyweights.

As photographer Bruce Weber says in the book’s introduction, “Jona’s boxers let her have this experience. They wanted to share their moment of glory with her, and she in turn made heroes of them in her photographs. These pictures will be placed on the mantles and walls in their homes. People will take notice. Their hard work will matter.” 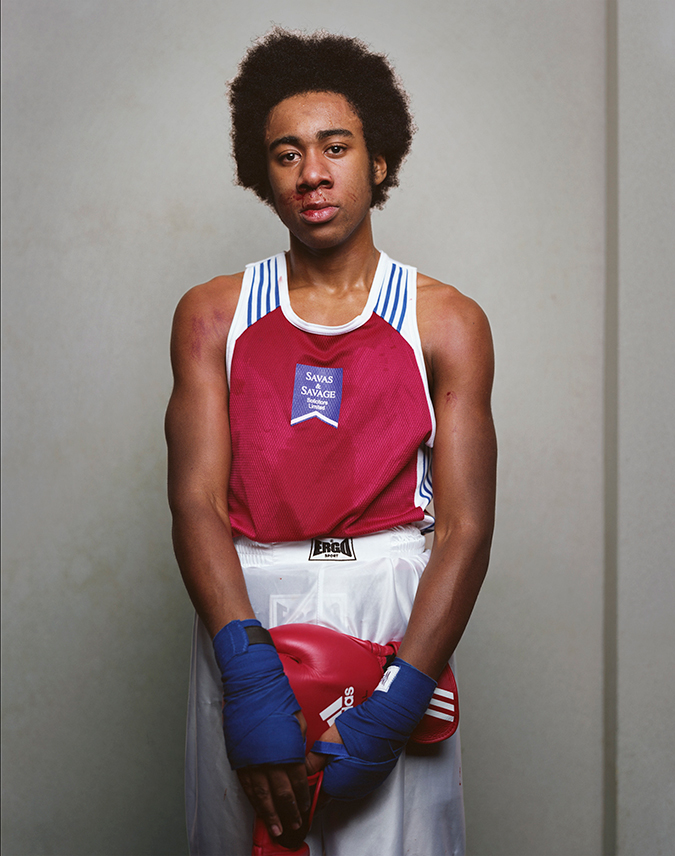 One minus is that Frank never shows photos from inside the ring – there are no exchanges of punches or true action shots. And it leaves us wondering why and wanting more.

Is this a coffee table book? Probably not in the truest sense. There’s no prettiness or levity here.

But Frank’s latest collection is provoking and definitely makes for a good discussion piece, whether it’s about the future of today’s youth, the current state of boxing, or the very topical subject of children participating in impact sports.

When we look at The Modern Kids, we’re not only rooting for the fighters, we also are rooting for Frank.

We’re cheering for all – one frame at a time. 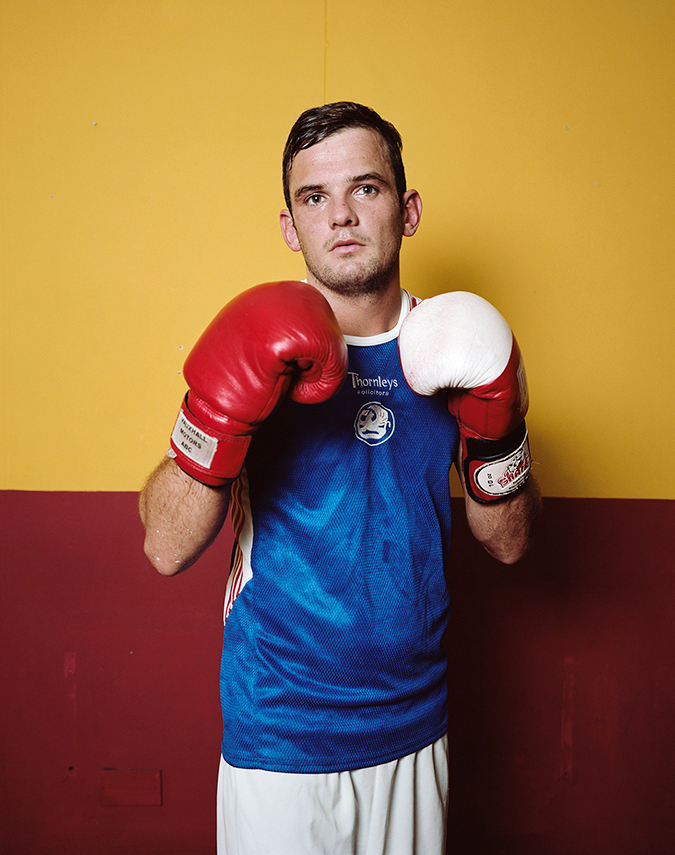 ALSO ON OUR COFFEE TABLES:

On Our Coffee Tables: Gowanus Waters