Spike Jonze returns to the avant-garde realm of “Adaptation” and “Being John Malkovich” with his romantic sci-fi dramedy, “Her.”  This is the not-so-simple, not-so-futuristic story of a man and the operating system on his phone…with whom he becomes smitten.

Certainly not for the multiplex masses, but destined to be an arthouse fave, it’s a challenging film that hipsters will tweet and retweet about ad nauseum.  Jonze explores fragile and subtle nuances between the connection and disconnection we experience living in a world that is wired 24/7.

Not surprisingly, Joaquin Phoenix is brilliant in this, and casts a depressingly hypnotic spell on audiences, which is momentarily lifted when he and Scarlett Johansson (Samantha, his operating system) fall deeply in love. She’s like the iPhone’s Siri, but with feelings and thoughtfulness and boundless curiousity.

That’s what’s truly revolutionary about Jonze’s film. Phoenix gives such a special performance, and Johansson is every bit as sexy here as she was in Joseph Gordon-Levitt’s “Don Jon,” even though she’s merely a voice in the machine.  You forget that this isn’t just two people falling in love…it’s a person and an artificial intelligence.

Or, maybe a sentient being. Whatever you decide it is…it’s the first real love story for the plugged-in generation. “Her” plays with the romantic synergy between the physical beings we are (or believe we are) and the digital, life-like creations that we manifest.  Is it real or Memorex? All in all, the film computes in a major way, using high-tech algorithms, however, presenting it in a way so that it works on a very basic programming level. It’s definitely a must see, if only to chat endlessly about its multiple levels of meaning.

Set in futuristic LA, in a very real realm where cell phones are more important than friends and most family members, it’s no wonder it tied with “Gravity” as the Best Film at the Los Angeles Film Critics Association Awards.

Not only does the film say a lot about how we communicate these days, and often fail to communicate on an intimate level, but it also shows a worrisome future where all fashionable men wear pants well past their belly buttons. 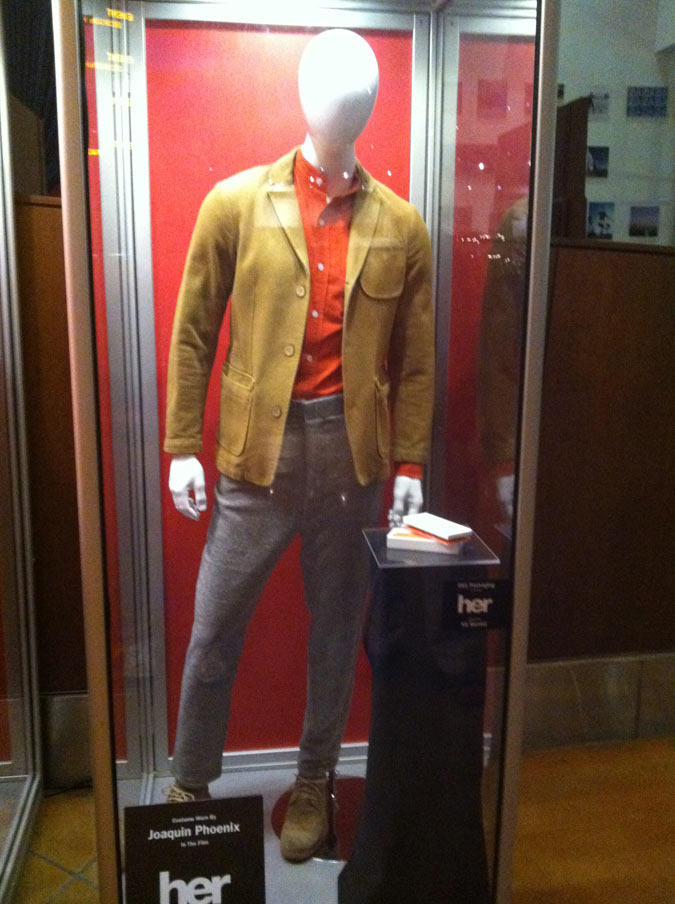 Rating (one to five whistles, five being the best): A bit long. Four Whistles.