Being of a certain age (early 40s) I have fond memories of Porky’s. I was 11 when the movie first came out. I don’t recall when I first saw it, probably when it came out on video (we had a laser disc player and Wometco Home Theater) but what I do remember is that it had naked girls and it was all over the news as a scandalous movie that pointed to the end of good movies in America.

My main memories of the movie consist of the Peeping Tom shower scene (women had hair down there!!!!) and the “Lassie” scene with a very young Kim Cattrall. (Notice the theme running through my memories, yup, naked women.)

I remember laughing a great deal at the antics of the plot, but not much stayed with me. Basically the story centers on a bunch of high school kids in 1950s Florida looking to get laid. There are some great set pieces and a great deal of immature humor. So I decided to watch it again.

On viewing it recently I was struck again by the Peeping Tom shower scene (women have hair down there!!!) and Kim Cattrall is if anything still as gorgeous as she was then.

What had escaped my pre-teen brain was the anti-semitism subplot and just how destructive a bunch of sexually frustrated teenagers can be!

Some of the pranks have not aged as well, especially the cringe worthy visit to Cherry Forever. Of course watching Coach Beulah Balbricker try and pull a penis through a peephole is still worth an uncomfortable laugh.

It is true you can never go home again. What I remember viewing as an 11-year-old as the height of movie-making has not aged as gracefully, but it’s still worth a look. Sort of. 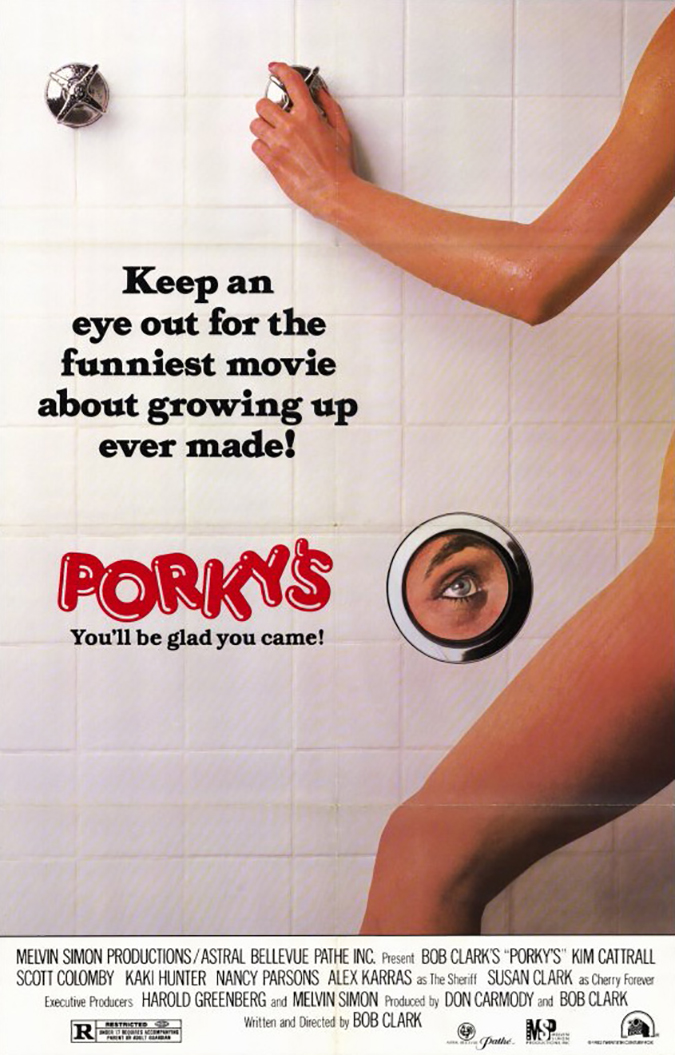 Rating (one to five whistles, five being the best): Two-and-a-half Whistles