This week Gloria honors the fried, the baked and the roasted.

There is nothing I miss more from the States than chicken wings, blue cheese dressing, and carrot sticks. I miss Costco, too. Just to know.

But here I am in Paris, sitting at K-Town Street Food restaurant , and when the Korean-style chicken wings arrive I suddenly became self-conscious in front of my friend Greta. You never eat with your hands in France.

When I moved to Paris, I practiced for months to learn how to eat a cheeseburger with a fork and knife.  It’s exhausting.

K-Town Street Food gives you a clear plastic glove with each order of their chicken wings. I am not sure if this is a Korean thing or a French thing.

I tell Greta that I once saw a painting (something like this) where French people were gathered around a table with large napkins over their heads and I assumed they were eating fried chicken. Maybe they did because they were too embarrassed to eat with their hands, I thought.

Greta stares at me before answering and says they are not eating chicken wings or KFC, they are eating Ortolan, a rare delicacy that was banned in France in 1999. Ortolan is a songbird that weighs a little under an ounce and once trapped they are drowned and marinated in Armagnac.

While the bird is marinating, a chef may cut a potato lengthwise and scoop out the inside of the halves which becomes sort of a makeshift grave for the Ortolan. The bird is then placed in the potato and transferred to the oven. There are other variations on how to cook Ortolan, which also includes roasting.

After Ortolan is served, a guest puts a large white cloth napkin over their head to eat their bird.

According to The New York Times, people cover their heads to either shield this act from “the eyes of God” or others, or simply to help accentuate the dish’s aroma and heighten the overall experience.

According to CNBC and The New York Times, the dish is meant to be eaten in one go, “feet-first,” sans beak. Although, in Anthony Bourdain’s “Medium Raw” he goes into graphic detail about how he consumed the songbird, beak-included.

Reportedly, former French President François Mitterand was a huge fan of this rare dish so much that it was part of his very last meal in 1996.

I have never had Turducken (a chicken-stuffed duck that resides within a turkey) but if I ever hear someone say that are Americans are dégueulasse (disgusting) I am now prepared to rumble. Just to know.

Meanwhile, back at K-Town Street Food, they have icy cold Korean beer on hand to add to my meal. I’d also like a large white napkin to place over my head over the clear plastic glove but only to hide all the black pepper sauce that was all over my face.  OMG, the wings here are amazing!!

As for their bubble tea, it’s simply the best I’ve ever had! The team was sent to Taiwan for training on how to come up with the perfect concoction.

If you are in Paris and in the mood for something different definitely go to K-Town. Chicken wings are legal here. 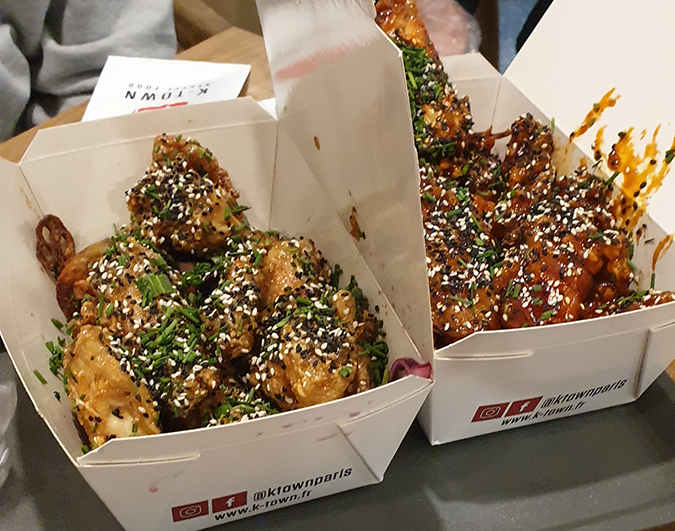 To see online photos of folks covering their heads while eating Ortolan, click here … or here. 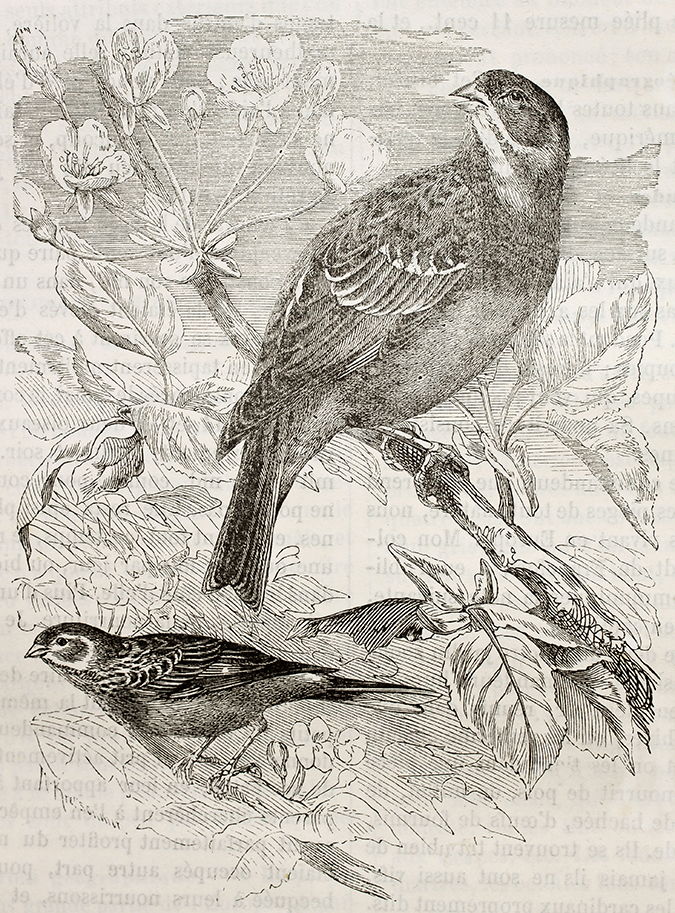 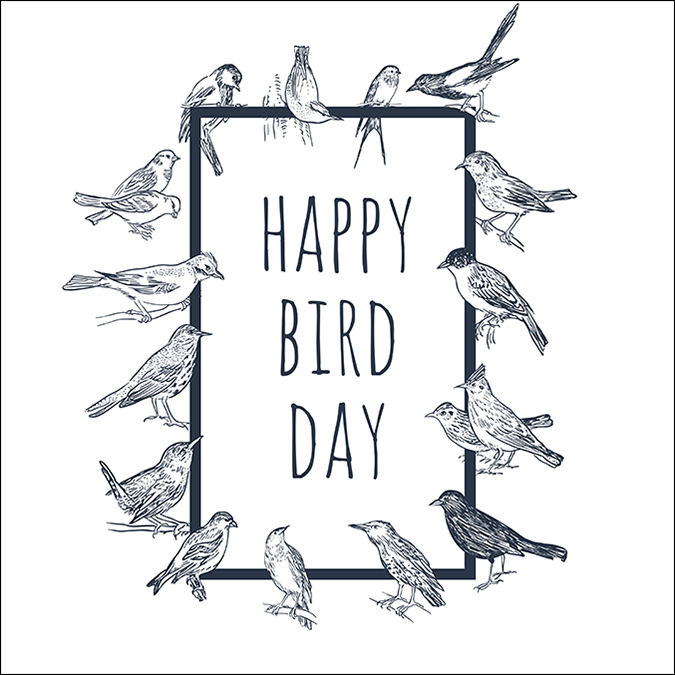