The 87th Oscars are just around the corner and the striking fact that jumps out is that this year’s elite nominees are mainly straight out of the indie scene. That’s great news for auteurs and cinephiles, but likely not so wonderful for ratings, as the only film that’s crossed $100M and met mainstream appeal is Clint Eastwood’s “American Sniper.”  And even though it’s targeting box office records it’s hardly the favorite to take home multiple trophies.

Two fixtures on the independent film scene, Wes Anderson and Inuruez, “The Grand Budapest Hotel” and “Birdman” respectively, have the most nominations with nine apiece, however it’s Richard Linklater’s “Boyhood,” with six nods, which has many prognosticators picking to take home the golden boy for Best Picture.

Hollywood’s premiere awards show rolls out the red carpet February 22 with Neil Patrick Harris handling hosting duties. And while the nominations show a definitive movement towards artistic filmmaking, that pendulum sways back and forth sometimes as often as year to year, so it’s really too early to tell if the Oscars are turning into the Independent Spirit Awards or merely moonlighting in the arts district.

“The Grand Budapest Hotel,” “The Imitation Game,” and “Selma” are certainly modest hits, with the later two films benefitting at the box office from all the attention, but neither are real front-runners. It’s the inclusion of Sony Classics’ “Whiplash” and Focus Features’ “The Theory of Everything” that give you an idea of just how far away the Best Picture nominations are from the multiplex masses.  Especially when you consider high profile studio pics like “Interstellar,” “Unbroken” and “Gone Girl” were overlooked in the top tier categories.

The real story is the fact that Fox Searchlight (20) and Sony Classics (18) have the most nominations by a very wide margin. Other indie shingles also fared well, including Weinstein Co. (9) and IFC Films (8), while major conglomerates Warner Bros. (11) and Disney (8) lead the big studio brigade.

Adding insult to cyber-injury, Sony was the only major studio that was completely shut out, earning zero nominations.  Can’t blame North Korea for that…or can we?

So, have you done your homework? Have you watched all the nominees? Have you re-watched your favorites and really studied the Sound Editing and Sound Mixing?!? Well, if not, here’s my two cents. Note: It always comes down to the short films and that pesky foreign language film. Truth is, this year is really close in a number of categories…so hopefully we’ll see some surprises.

Thing is, both “Boyhood” and “Birdman” are in my opinion the artistic culmination of everything Richard Linklater and Alejandro G. Iñárritu have ever wanted to accomplish in film. They have both made the perfect film for their audiences. I can’t imagine one of these not winning, and truly believe it would be an upset if something else sneak away with the Best Picture award.

That said, this is the most wide-open race in years. Never count out the Weinstein’s who have stolen the ultimate prize in the past with underdogs like “Shakespeare in Love” and “The King’s Speech.” If “The Imitation Game” does crack the Oscar code, it will surely find its way to $100M as well, as it has been chugging along weekend to weekend, barely dropping off at all. And then we have Wes Anderson, who also has made one of his best creations.

OR THAT: Michael Keaton

Everyone in this category is phenomenal. Michael Keaton gives a very nuanced performance, but it’s Eddie Redmayne that shines just a little bit brighter deftly tackling not only the emotional rollercoaster of his character but pushing the limits of what an actor can do using physical traits as well. That’s a one-two combo that puts him slightly ahead of the pack here. But, if you’re still not convinced and want to go with a dark horse, go with Bradley Cooper. While “American Sniper” may not get many awards, this one is trending upwards right now…so if you feel it, take the shot.

Supporting Actor
Robert Duvall in “The Judge”
Ethan Hawke in “Boyhood”
Edward Norton in “Birdman or (The Unexpected Virtue of Ignorance)”
Mark Ruffalo in “Foxcatcher”
J.K. Simmons in “Whiplash”

OR THAT: Edward Norton

J.K. Simmons has always been a top tier actor, but he finally gets to sink his teeth into a meaty role. The fact that “Whiplash” was nominated for Best Picture is partially because of how great the acting is and Simmons owns the screen. Edward Norton is tough to dismiss though, channeling an obsessed character that nearly everyone that has ever been in a theatre troop can relate to. He is so good, that he might just go from Oscar understudy to center stage. It’s that close.

Actress
Marion Cotillard in “Two Days, One Night”
Felicity Jones in “The Theory of Everything”
Julianne Moore in “Still Alice”
Rosamund Pike in “Gone Girl”
Reese Witherspoon in “Wild”

OR THAT: Reese Witherspoon

Julianne Moore is one hell of an actress, and everyone knows it. She probably deserves this but will enough people have seen the little-known drama that is depressing as all heck? That’s my main concern. Meanwhile, Reese Witherspoon delivers on her promise from way back when, showing range and allowing herself to go to dark corners that she hasn’t dared to for ages, or at least since she decided to showcase herself in fluffy romantic comedies, doing her best Meg Ryan impression.

Shame “Wild” isn’t up for Best Picture too, as it is every bit as good as director Marc Valle-Jean’s “The Dallas Buyers Club” from last year. One thing’s for sure, Valle-Jean is one of the most impressive artists to come around in a long time and if you want bravado acting…he’s delivering the goods as well as anyone in filmmaking right now.

OR THAT: Patricia Arquette

Couldn’t be happier for both of these “middle-aged” women, as they deliver brutally honest performances. Have to give the edge to Laura Dern, though, as she truly transforms this role into something very special. Trouble is, almost everyone is already giving it to Patricia Arquette.

PICK THIS: The Lego Movie…er…Big Hero 6

OR THAT: How to Train Your Dragon 2

Sure, it’s a crime that “Lego Movie” wasn’t nominated, but honestly Laika, the folks behind “The Boxtrolls” deserve this…which means Disney will probably take the award. Honestly, “How to Train Your Dragon 2” was really an amazing piece of animation too. Tough call.

PICK THIS: The Imitation Game

OR THAT: American Sniper

“The Imitation Game” has to win something. Likely get it here.

This is really a toss-up. Both are absolutely worthy.

OR THAT: The Grand Budapest Hotel

Could “Birdman’s” floating camera tricks upset the majestic grandeur of “The Grand Budapest Hotel?” Sure. Every category is really close this year. Plus, Roger Deakins work on “Unbroken” almost garnered the film a Best Picture nod.

“The Grand Budapest Hotel” is the perfect Wes Anderson film…which means the costume choices, as always, are impeccable.

OR THAT: Alejandro Inarritu

This is a case where whichever film doesn’t win this award, the other likely takes home Best Picture honors. That’s just how close these two films are right now.

OR THAT: Last Days in Vietnam

But really, I have no idea.

OR THAT: Wild Tales

PICK THIS: The Theory of Everything

OR THAT: The Imitation Game

OR THAT: The Lego Movie

OR THAT: The Imitation Game

OR THAT: The Dam Keeper

PICK THIS: The Phone Call

OR THAT: Boogaloo and Graham

OR THAT: American Sniper

OR THAT: Dawn of the Planet of the Apes 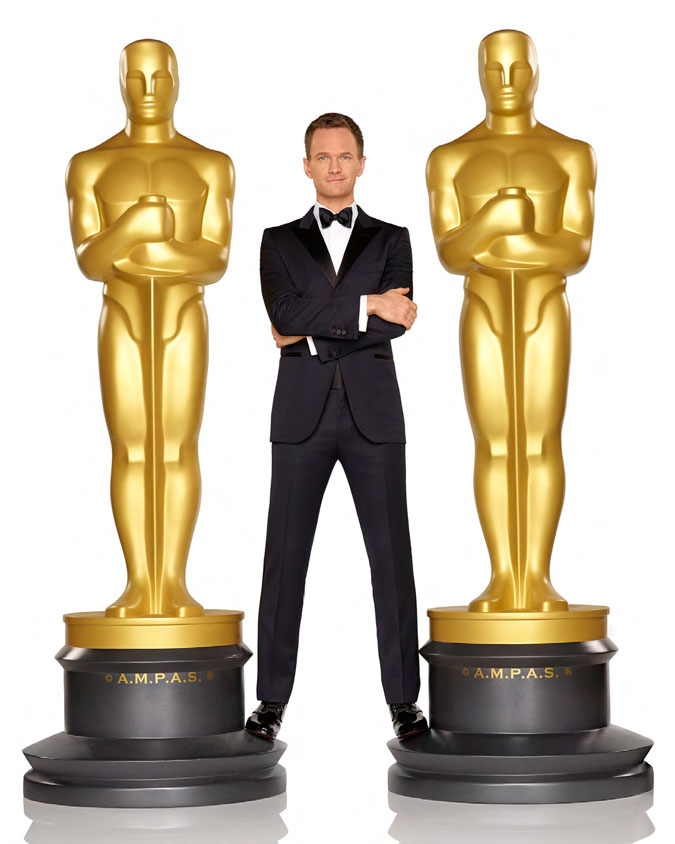