This week Gloria is getting a kick out of jazz singer Manu Le Prince.

“The blues are because you’re getting fat, and maybe it’s been raining too long. You’re just sad, that’s all. The mean reds are horrible. Suddenly you’re afraid, and you don’t know what you’re afraid of. Do you ever get that feeling?” — Truman Capote

Well, we are back on lockdown, terror attacks, and oh, the US elections in two days which even have the French on edge. At the risk of sounding a bit glib, I had no choice but to open up a bottle of pinot noir and  make a chicken liver mousse from scratch while listening to Carol King to soothe the blues and the mean reds.

I mean, my divorce proceedings have lasted as long as the Trump presidency. Here is hoping to change and FAST.

Speaking of things that go particularly well with pinot noir, I am just so grateful that I got to see Brazilian /British jazz singer Manu Le Prince right before the 9 p.m. curfew was imposed two weeks ago on the peniche (boat) La Marcounet.

Sadly, Manu’s “De Rio à La Havane” concert at Le 360 Paris Music Factory on November 13, 2020, has been annuler (canceled).  Other than performing stand-up comedy here and there, I realized that I have not really seen live music since last year and I was wondering why I had the blues, or lack of.

Last fall, a few friends and I met up to listen to jazz.

I can’t remember if it was the Gilets Jaunes (yellow jackets),  or the RATP strike (transportation strike), or a terrorist attack attempt.  I know everyone has had to deal with life with COVID, but I feel like we had a lot going even before COVID, before lockdown.

Anyhow, it was last fall, and I met up with some friends to see some Brazilian jazz but for some reason, we were all exhausted that night. Paris can do this to you.

The music was so relaxing that it put me into a half-sleep, but in a good way. I wanted to listen to the music but with my head back and eyes closed.  Halfway through, a guest star got on stage, and suddenly I woke up and stood up and swayed right to left.

The people next to me must have thought I was nuts, but maybe that’s because I had a 5-kilo bag of Thai rice next to me. I know, so lame, but I am practical now.

The singer only sang two songs but her voice went right through me.  Immediately I stalked her after the show as I was hooked and needed to ask her where should be playing next.  Her next concert was in December, but by then was there no transportation, and we were all exhausted from walking everywhere.

That singer was Manu Le Prince, but of course.

Manu began her career in London and considers Cole Porter to be one of her biggest influences. She is based in Paris and also performs all around France, London, and Brazil.

Manu has recorded several albums: Agora, Madrugada, Tribute to Cole Porter, and her last album In a Latin Mood.

Oh, and she is also a mom. Her son Julian Le Prince often accompanies his mother on piano.

In 1998, The Paris Transport Authority picked Manu to represent Brazil during the World Cup and she performed four concerts at the Place de la Concorde in Paris. Just to know.

Her performance at Le Marcounet a couple of weeks ago was absolutely gorgeous. 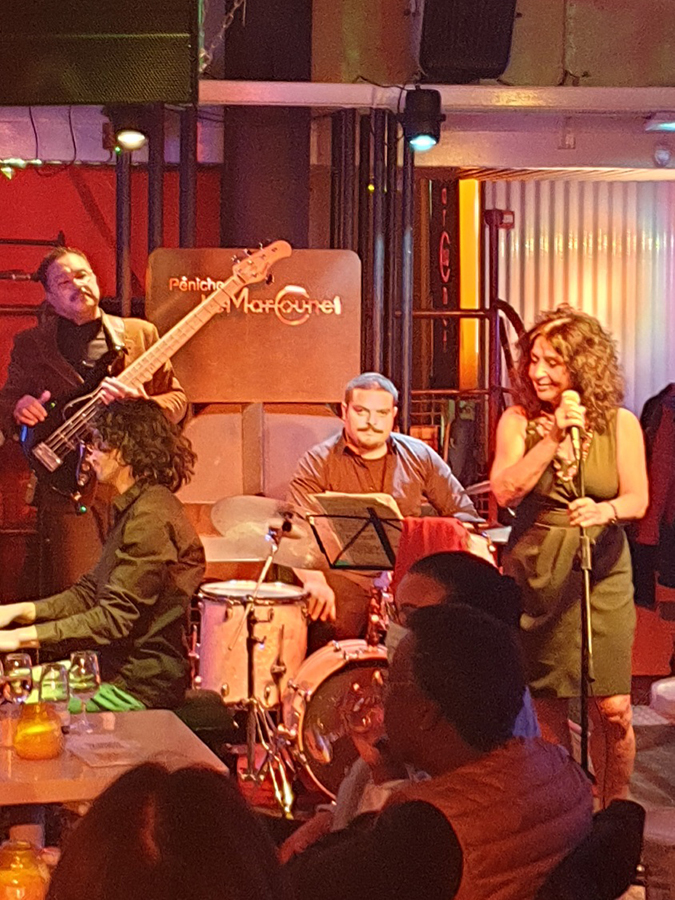 Her sultry voice and her vocal depth will creep into any soul — and especially in these difficult times, I think we can use a little soothing from Manu.

Manu also covered some memorable Brazilian jazzicals from the likes of Elis Regina, Flora Purim, and Elza Soares.  Okay, I invited my  Brazilian friend and I was able to annoyingly tap her on her shoulder and say “OMG, this is amazing, what’s the name of that song” and “who sang it?”

I thought my friend was going to move tables.

Of course, I went home, took my COVID face mask off, had a glass of wine, and Googled all of the singers.

In a Latin Mood and my glass of Pinot was all I needed to end a perfect night. 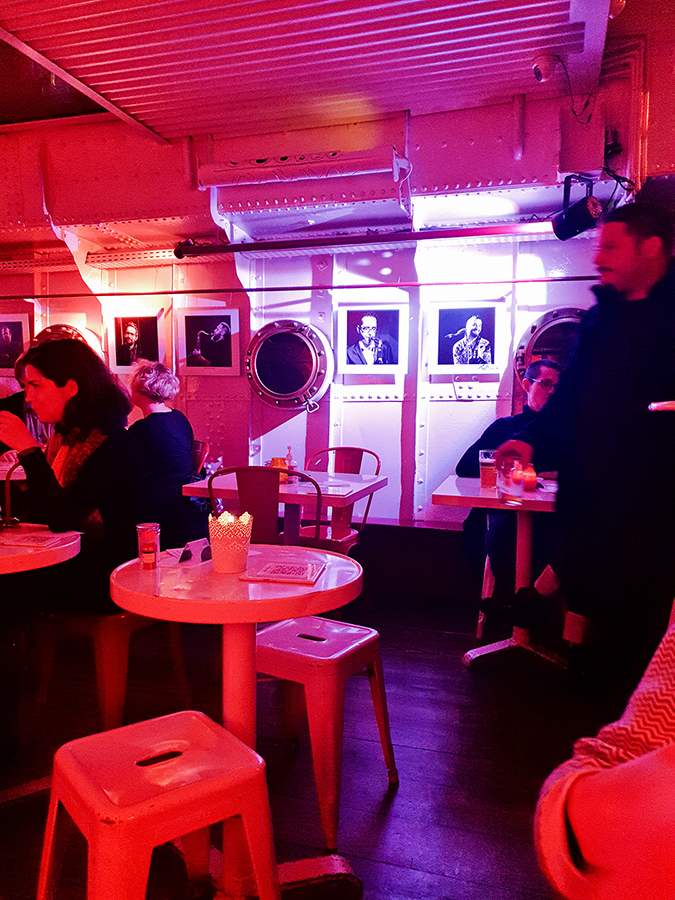