Join us as we get a glimpse into Alice’s adventures around the planet.

I was able to see the Antony Gormley “Sight” installation in Delos, Greece, before it ended on Halloween. The wonderful exhibit was was curated by Iwona Blazwick OBE, Director, Whitechapel Gallery, and Elina Mountouri, Director, NEON.

Here’s some text about the exhibit from NEON.

“From May to October 2019, on the archaeological site and the Museum of Delos, the non-profit organization NEON, founded by Dimitris Daskalopoulos, and the Ephorate of Antiquities of Cyclades present an unprecedented exhibition of [29] contemporary [human-shaped] sculpture[s] by British artist Antony Gormley [b. 1950].

“Gormley repopulates… this granite rock in the middle of the Cycladic islands in the Aegean less than 5 kilometers long and 1.5 kilometers wides, with a past filled with myths, rituals, religions, politics, multiculturalism and trade.

“The mythical birthplace of Apollo and Artemis, Delos bears a historical weight disproportionate to its size. Inhabited since the early Cycladic 3rd millennium BC, it is home to one of the most important sanctuaries of the Ancient Greek world.” 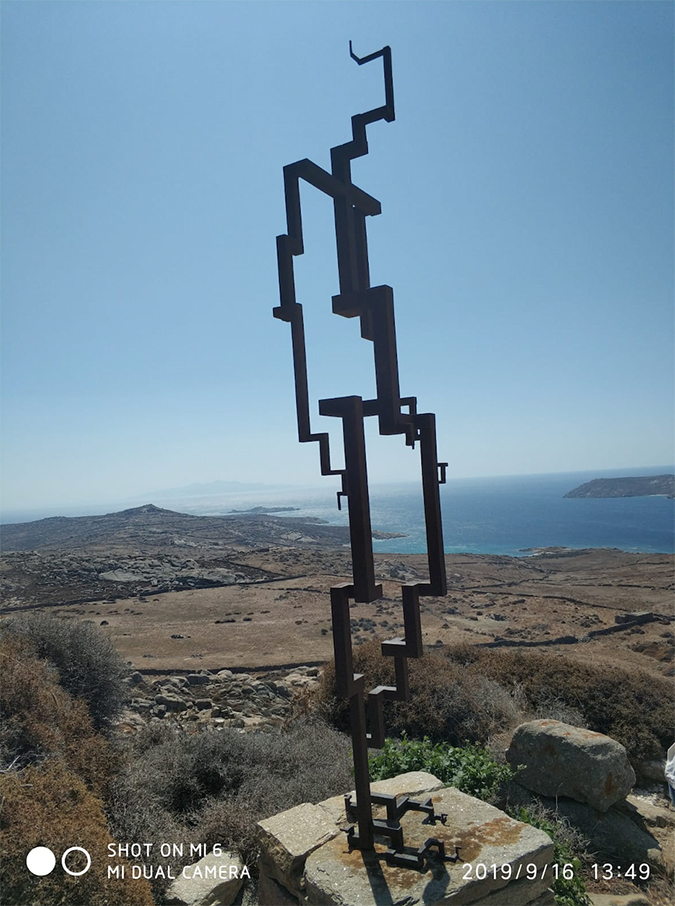 FROM NEON: “[Gormley’s new work Signal II (2018) overlooks the bay from Mount Kynthos where] the majority of the inhabitants abandoned Delos [after 2500 years] as it was no longer a vital commercial port on the Mediterranean routes.” 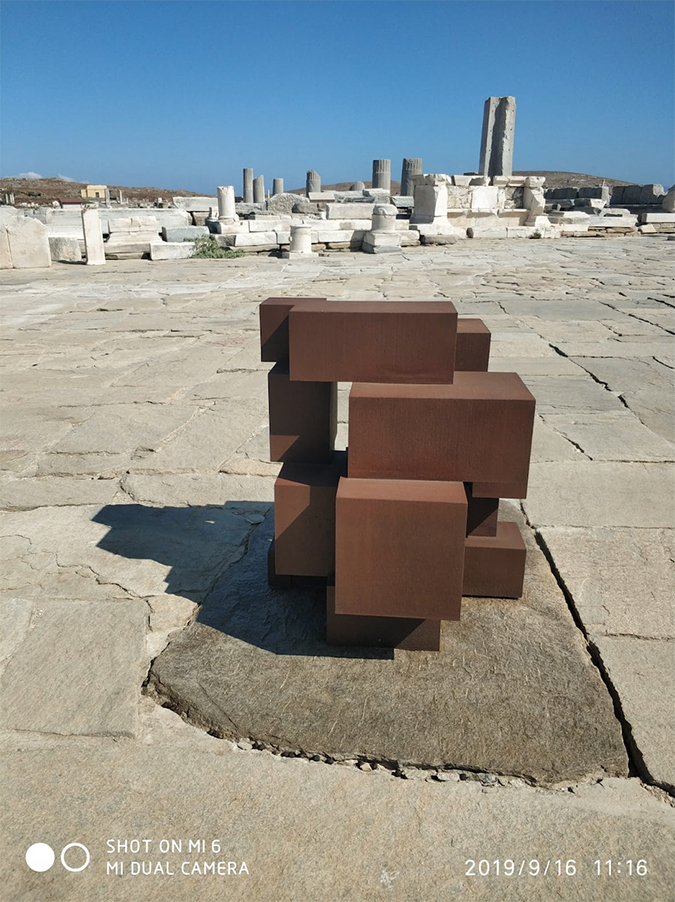 From NEON: “[With Vice II (2015), Gormley] reinterprets the function and purpose of sculpture, transforming the traditional statues and totems of the ancient world that once adorned public squares, temples and private dwellings into sites of empathy and imaginative projection.” 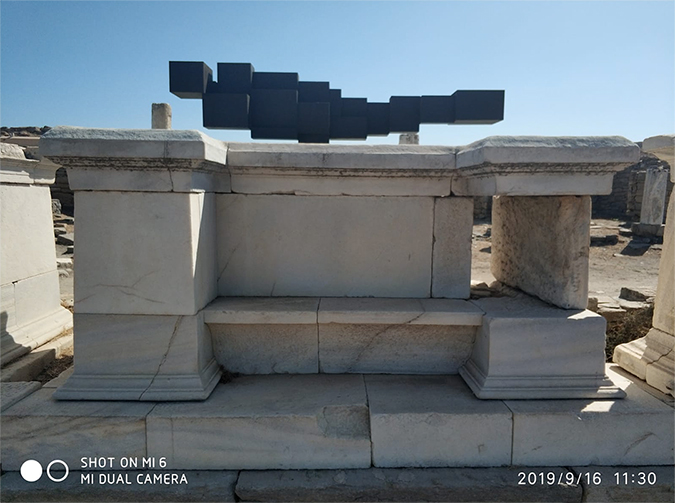 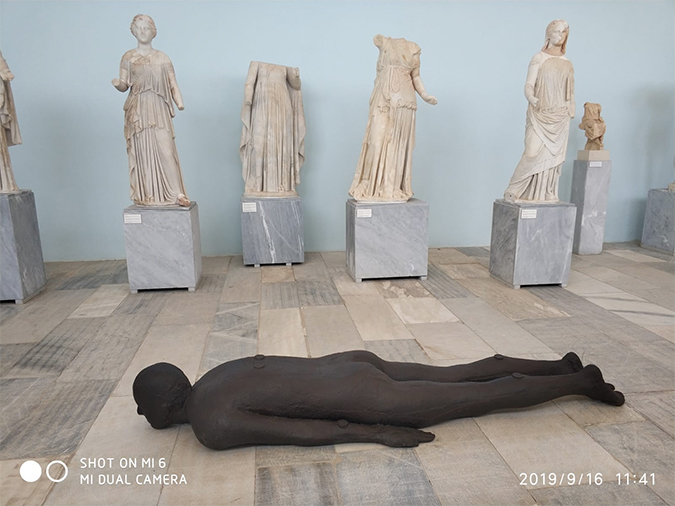 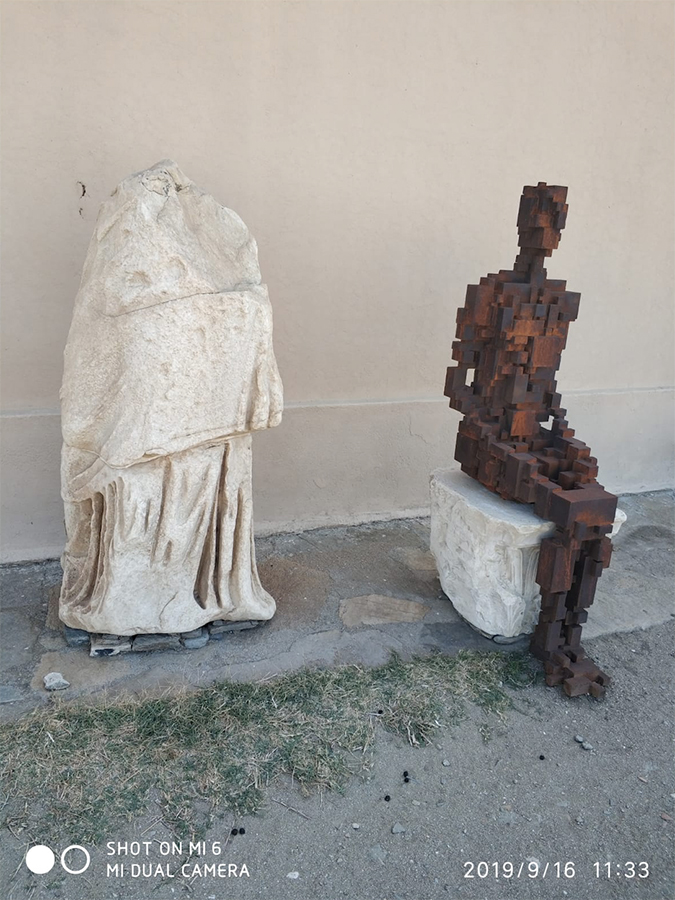 From NEON: “The sculpture RULE (2019)… is mounted on an exact replica of the ancient column and capital fragment.”

All photos, unless otherwise noted, courtesy of Alice Lonfat-Chu. 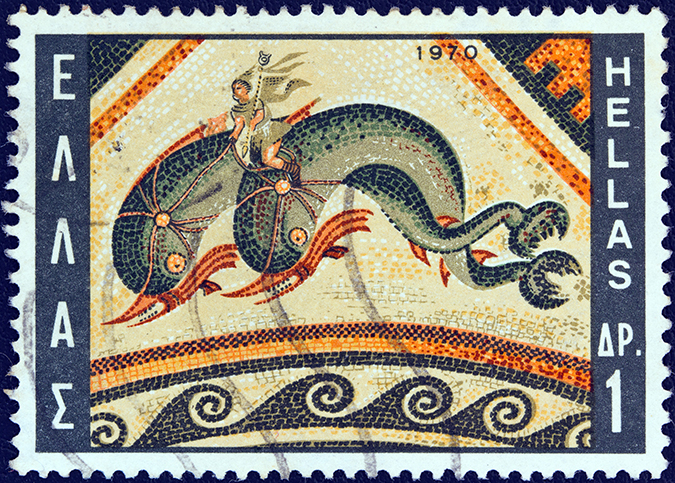